Chandler Says It Has The First Ever Designated Zone For Self-Driving Cars In The U.S. 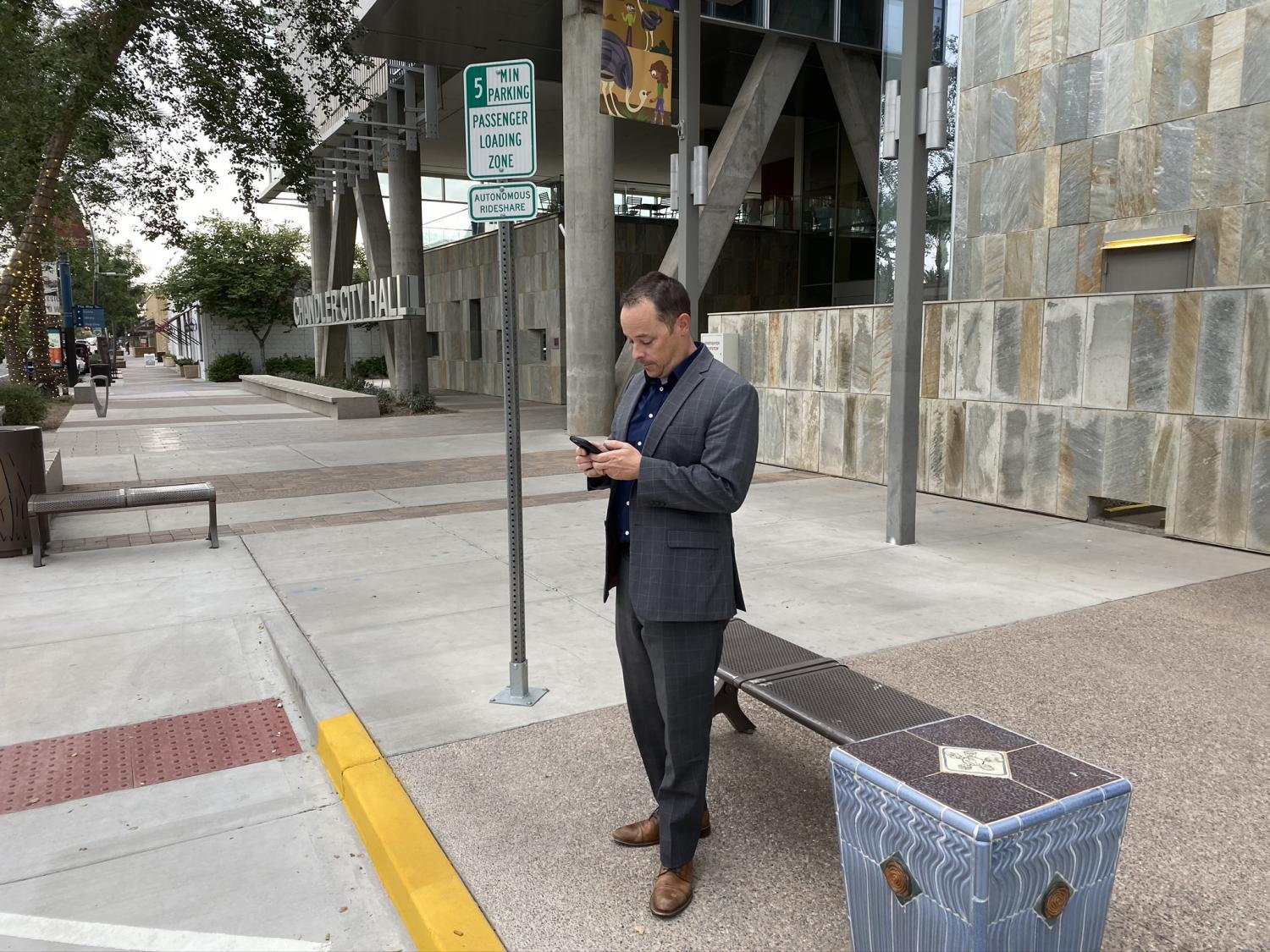 Chandler has created what it says is the first designated autonomous vehicle pickup and drop off location in the country.

Chandler teamed up with Waymo in July to launch an autonomous vehicle ride-hailing program for select city employees. On Friday, city officials announced the creation of the first designated zone for self-driving cars in the country.

“Anybody visiting our downtown will have a regular location where their autonomous vehicle can pick them up and drop them off at in a safe, well lit environment," said Micah Miranda is with the city of Chandler.

The zone is located outside of Chandler City Hall with signage to help users identify it.

Chandler is looking to add more designated zones around the city that are compatible with Waymo.