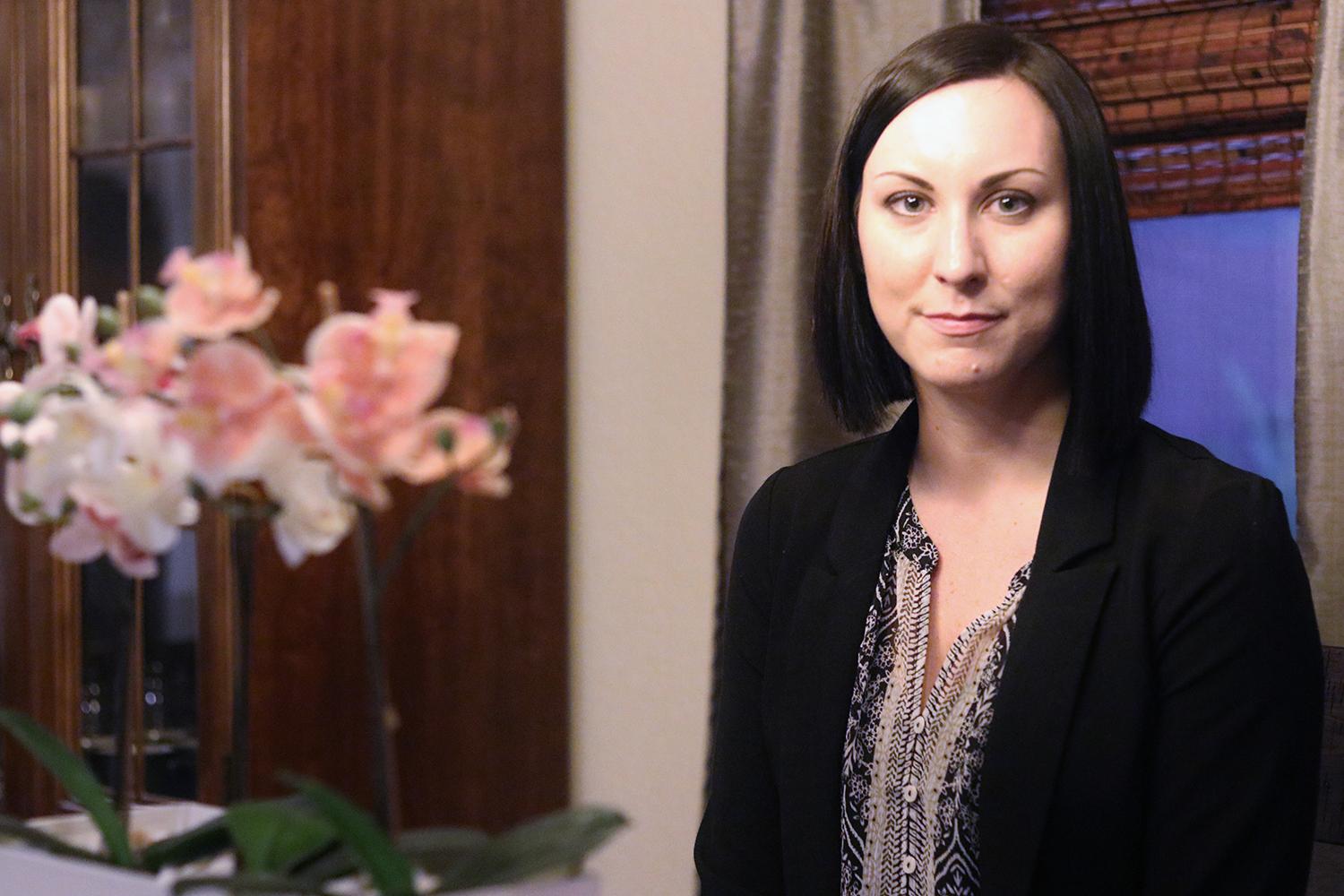 A common theme emerges as Dr. Shannon Hendrickson flips through a box of plaques and commendations awarded to her husband, Jonathan.

“Rookie of the month. Supervisor of the month. Correctional officer of the year, which he was particularly proud of,” she said. “He was just really great at his job.”

The couple met working in an Indiana prison before moving to Arizona several years ago. Shannon is a psychologist who now serves as the clinical director at the Arizona Department of Juvenile Corrections.

She says because of his passion for the job and abilities as a problem solver, he was often called upon to deal with dangerous situations.

“He had a way with inmates,” Hendrickson said. “He was very good at de-escalating some pretty violent or potentially violent situations.”

But she says frequent exposure to the daily trauma of prison life took a toll on both of them.

“We experienced nightmares, heightened anxiety, not feeling safe all the time,” she said. “I knew it was bad. I knew he had a lot to work through. I knew there were a lot of things he didn’t tell me.”

So at her urging, Jonathan started seeing a therapist. But after eight months, he canceled his appointments. And then a month later, he died by suicide.

Suicide is common among correctional officers. A 2018 study of correctional officers in California by UC Berkeley’s Goldman School of Public Policy revealed that 1 in 10 officers had thought about killing themselves. And more than 7 in 10 respondents said they hadn’t told anyone about their suicidal thoughts.

“You will see things, most normal people, will never see in their life,” Roberts said. He also serves as the executive president for the Arizona Corrections Association. 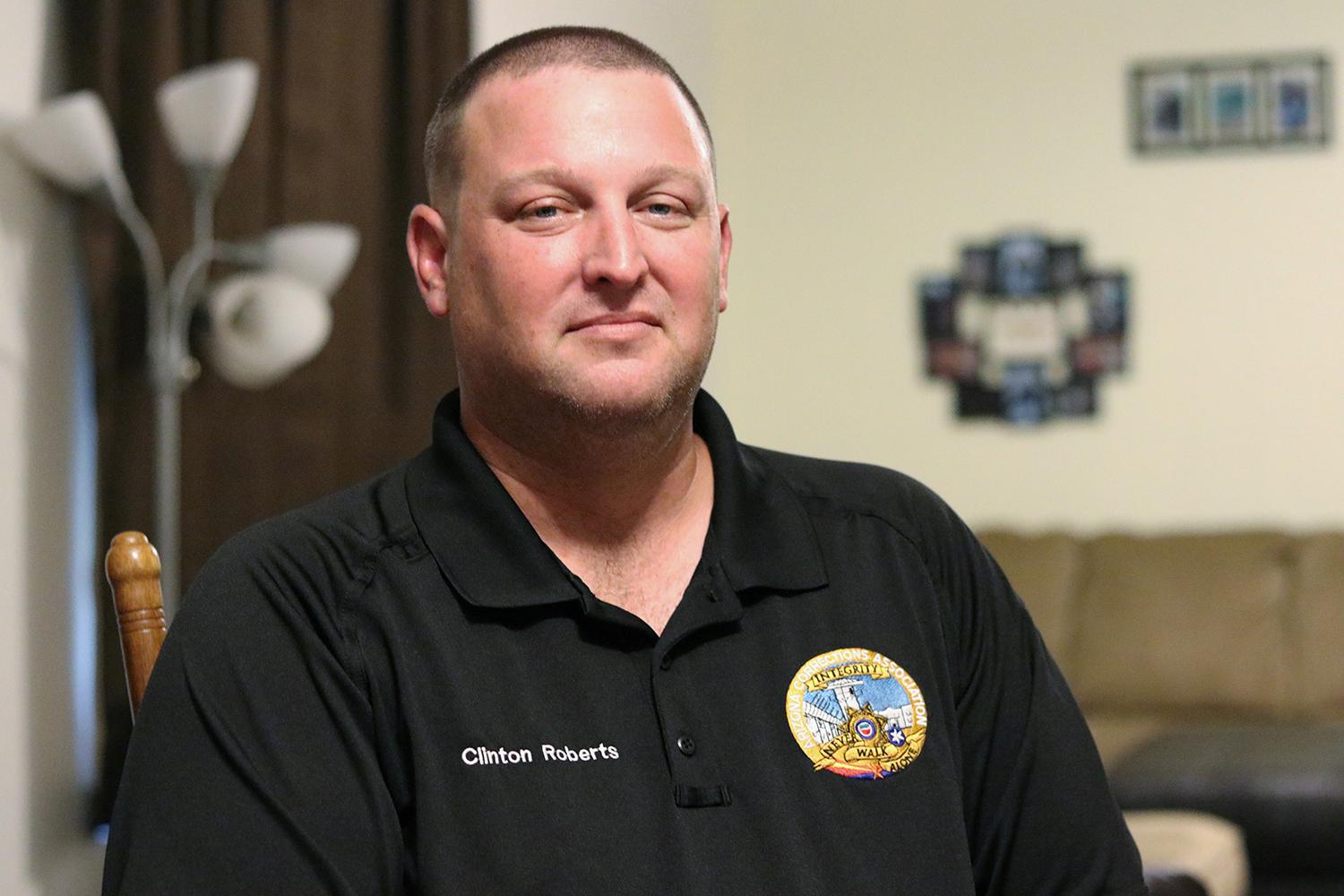 “Ninty-nine percent of our staff are just awesome people. But even an awesome person loses it sometimes,” Roberts said of the stressful nature of working in corrections.

He describes his colleagues as selfless people who are devoted to their agency. “All law enforcement, whether it’s corrections or police, we run to the issues. We don’t run away.”

In his 15 years as a correctional officer in Arizona, he has experienced several incidents that left him with post-traumatic stress disorder. He says in one situation, he was confronted by inmates threatening to assault him.

“I turned around and there was six inmates that got behind me that I didn’t see get behind me,” he said. “And I could feel my heart drop into my stomach.”

Thankfully, a co-worker came to his rescue. Roberts said he was physically shaking for hours afterward, but he declined to be seen by the CIRT — the Critical Incident Response Team, which the department describes as “a group of employees specially trained in helping staff through traumatic or emotionally difficult events.”

Joe Clure, executive director of the Arizona Police Association, says it’s common for correctional officers to downplay traumas they experience on the job because they want to keep the respect of their colleagues.

“It’s things like undesirable transfers, change of working environments. We see that sometimes, more than you would think you should.” Clure says they are able to address most issues immediately when an officer comes to them for help.

“We work either through labor management discussions and or litigation, because a lot of these things involve the Americans With Disabilities Act,” Clure said.

He said people at the lower management level in the Department of Corrections need to understand that “people are going to occasionally break, and we have to give them a chance to be mended.”

“You get blackballed. You get looked at like you’re the oddball. People tend to stay away or shun individuals who have a perceived weakness.”
— Carl Toersbijns

“You get blackballed,” Toersbijns said. “You get looked at like you’re the oddball. People tend to stay away or shun individuals who have a perceived weakness.”

Toersbijns worked incorrections for five years in Arizona and 20 years in New Mexico at various levels from correctional officer to deputy warden.

He describes the challenges facing correctional officers as “multi-layered.”

Toersbijns said one day after a long shift at the prison, his young children approached him with concern on their faces.

“They asked me “Dad, why are you so mean?’ And I realized my tone, my demeanor, my way of thinking had altered over time to where I wasn’t the same person that I used to be.”

Toersbijns said correctional officers need to be able to trust that if their share their vulnerabilities with a health care professional, it won’t be used against them.

“Officers know that once they’re under a doctor’s care, ADC will scrutinize you,” Toersbijns said. “They’re going to evaluate you and they’re going to reassign you until they feel you’re cleared to go back to your job, which might never happen.”

He believes contracting with more mental health providers outside of Department of Corrections would allow for the confidentiality needed to ensure the privacy of correctional officers who do reach out for help.

Kelly Raths is an administrator with the Oregon Department of Corrections, which has been conducting studies on correctional officer mental health since 2012. 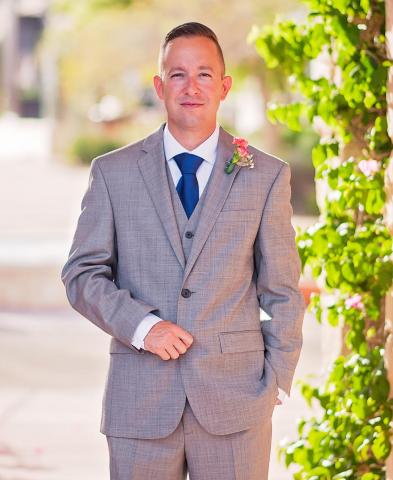 “We ask our people in corrections to be very vigilant and we talk about that in terms of hypervigilance,” Raths said. “But our physical bodies are not built to live in that state. So we spend a lot of time equipping correctional officers with tools to build their physical, mental and emotional resilience.”

She says in addition teaching skills like mindfulness and meditation, and tracking employee stress levels, they have created spaces for correctional officers to talk openly about their problems.

“So there’s a lot of effort going on to just change culture so that it’s normative to seek help,” Raths said.

Shannon Hendrickson hopes her husband’s death can help change the culture in Arizona. She says while many of her colleagues have supported her, the Arizona Department of Corrections refused to provide an honor guard for Jonathan’s memorial because he died by suicide.

“I received a denial for honor guard, which I didn’t understand until I saw the policy which says there is an exemption for suicides,” Hendrickson said. She says the policy is indicative of the Department of Corrections’ attitude toward mental illness and is calling for it to be changed.

“I felt that the agency turned its back on me and Jonathan in the worst moment possible,” she said.

There is one way, Hendricksons says, it still could honor his service.

She says the answer is promoting an environment where officers like Jonathon will feel safe asking for help.