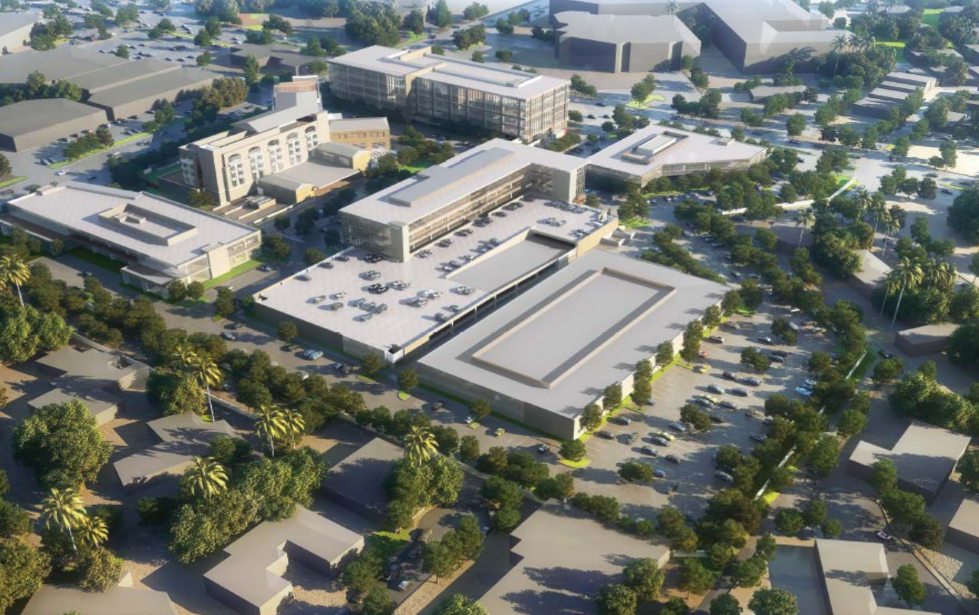 City of Phoenix
A rendering of the northwest corner of 44th Street and Camelback Road, which will be home to new retail, restaurants, an office building and a boutique hotel.

The northwest corner of 44th Street and Camelback Road will be home to new retail, restaurants, an office building and a boutique hotel. Many residents opposed the height of two buildings — developers wanted 75 feet or about five stories, which was higher than zoning allowed. Neighbors worried the buildings would block the view of Camelback Mountain and open the gates for other tall buildings.

Marvin Borsand recalled how resident initially felt, “We were told early on that the fix was in, don’t bother. I was told that even at my own Arcadia Camelback Neighborhood Mountain Association — don’t bother.”

But for nearly a year, residents pushed back and, after months of meetings, neighborhood groups and developers reached a compromise during a 3 1/2 hour meeting Tuesday night.

“There’s no question that that area needs improvement and never, ever were the neighborhoods opposed to redevelopment of that area,” Paul Barnes told council members. “It was just the 75 feet height that was just a stop.”

The buildings will be no higher than 59 feet plus they’ll have rooftop gardens and lounges. The entire project is being managed by Phoenix-based Red Development with the hotel being created and designed and owned by Phoenix restaurateur Sam Fox.

Before the council voted Fox told council members over the past six years he had opportunities to be involved in hotels all over the country but he turned them down because he always wanted to build a hotel in his hometown.

“This whole process has been eye opening for me,” he said. “My biggest takeaway from the journey is how passionate people are about the city of Phoenix and the communities that they live in. That’s what makes Phoenix such a great place to live and why I’m excited to build a world-class boutique hotel that we can all be proud of.”

While Councilman Sal DiCiccio represents the district where the project, expected to be called 44|Camelback, will be built, he praised several of his colleagues for getting involved with the issue, supporting discussions among various groups and approving the compromise.