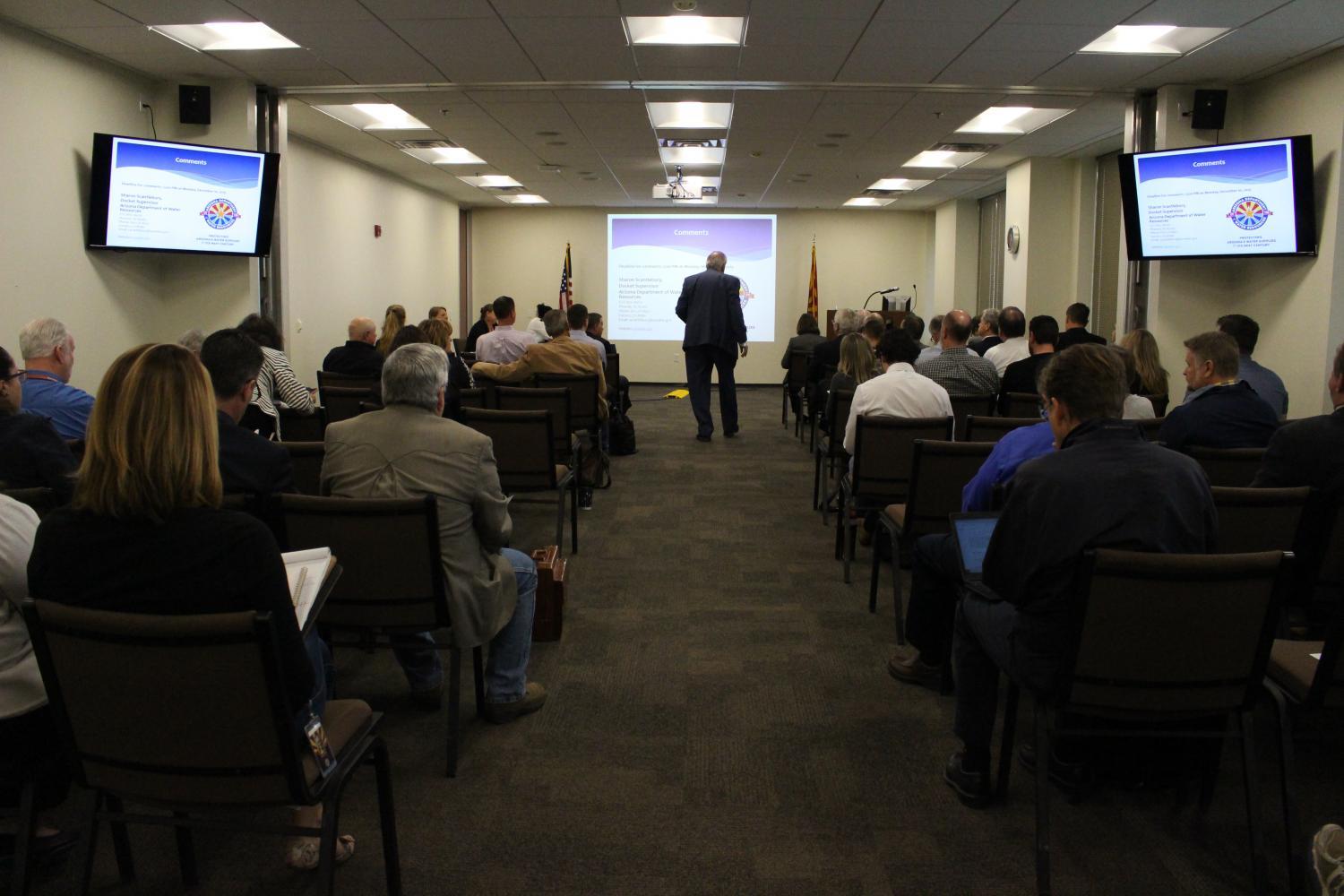 There is a new proposal to transfer water from the Colorado River region to central Arizona. And it’s looking just as controversial as the others.

The town of Queen Creek is trying to buy an annual entitlement to 2,083.1 acre-feet of Colorado River water from a farming and investment company that owns land in far west La Paz County, in the Cibola Valley. An acre-foot serves a family of four for about one year.

The initial cost is $10,000 per acre-foot (about $20.8 million in all), but the money may be the easiest part. Less simple is getting permission to revise a so-called “fourth priority” entitlement contract between the landowner, GSC Farm, and the federal Bureau of Reclamation.

The proposed transfer would change both how the water is used, from growing crops to serving homes, and the location of use, from La Paz County to Queen Creek. The water is currently used to irrigate about 485 acres near the Arizona-California border.

It is ultimately Reclamation’s decision to allow those revisions. But the state of Arizona will make a recommendation to the feds, and they tend to follow what the state suggests.

Queen Creek would use the surface water from the Colorado River to decrease its dependence on groundwater, a finite resource. The town’s planning area spans Maricopa and Pinal counties, and has a current annual demand of 15,100 acre-feet. The vast majority of that demand is met with groundwater.

According to documents on the proposed transfer, the town believes future demand will reach 43,500 acre-feet annually. Aside from the on-river water it is seeking, Queen Creek expects to add 12,100 acre-feet of non-groundwater supplies.

“We’re not going to try to use this water and then pump more groundwater,” said the town’s utility services director, Paul Gardner. “It’s to continue to reduce and reduce and over the long term, to get it down to where our pumping of groundwater, out of 43,000 acre-feet, is about 5,000 acre-feet on an annual basis.”

The seller, GSC Farm, is a limited liability company owned by Greenstone, a company with investments in farmland and water resources in the western United States. GSC Farm would retain ownership of the La Paz County land that’s involved in the water transfer.

A Fight For Economic Opportunity

Communities up and down the river broadly oppose water transfers, and this one is no different. They see it as a slippery slope that will hurt their own future development.

Regina Cobb, a Republican who represents La Paz County in the state House, said an approval of the transfer would lead to a “civil war” in Arizona.

“Companies are free to invest in rural Arizona and I do welcome all their investments,” she said at a public meeting at the Arizona Department of Water Resources. “But I do not welcome their investments just to transfer water into central Arizona.”

The general counsel for the Mohave County Water Authority, Jamie Kelley, said the proposal was a threat to the life of rural on-river communities.

Others promised to fight the proposal every step of the way.

Grady Gammage Jr., a lawyer for GSC Farm, said there is plenty of water for on-river communities to grow, especially if you include water that is currently used for agriculture.

“The existing river communities only use about 40% of their existing municipal supply,” he said. “Beyond that, they can engage in the kinds of transactions that we’re engaging in here, which is to move water up and down the river to urban locations and could engage in transactions like this that retire farmland.”

Recent attempts to lease or shift water from the mainstem into central Arizona have failed.

In 2018, the Arizona Department of Water Resources came out against a proposed lease between the town of Quartzsite and the agency that runs the Central Arizona Project. The CAP would have leased 1,070 acre-feet of water from Quartzsite for groundwater replenishment in the middle of the state.

Also last year, the CAP walked away from a plan to buy about 2,000 acres of land in Mohave County. The purchase would have given the CAP’s replenishment arm access to thousands of acre-feet of river water.

Tuesday’s public meeting in Phoenix was the first of four on the proposal. There will be meetings in Bullhead City and Parker on Wednesday and then a meeting in Yuma on Thursday.

The state will take public comments until Dec. 16 and make a recommendation to Reclamation 60 days after that, barring any extension.