Scott Bourque/KJZZ
A firefighter from the Yarnell Fire District joins the crowd at the Yarnell Hill Fire Memorial Park on Nov. 16, 2019, to watch the unveiling ceremony for a memorial dedicated to the 19 firefighters who died protecting the town during a 2013 wildfire.

The 2013 Yarnell Hills fire killed 19 firefighters - the largest loss of firefighter life since the Sept. 11 attacks. It also took Maria Adams’ home. But it didn’t destroy the tiny town of Yarnell - thanks in part to the work the Granite Mountain Hotshots did on their fatal assignment. 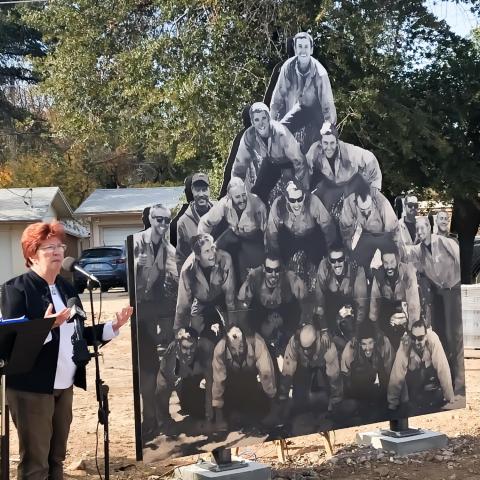 Years later, as the town gathered to dedicate a memorial to the Granite Mountain Hotshot crew that died saving their town, Adams set the tone, singing Rod Stewart's “Forever Young.” The townspeople wanted the memorial to focus on the life of the young firefighters, rather than their death.

"It's been over six and a half years we've been thinking about today," Yarnell Area Resource Group president Frances Lechner said. "(It's a) really powerful, bittersweet, celebratory event of gratitude."

The monument sits in the town’s Yarnell Hill Fire Memorial Park. It’s based off a photo the crew took days before being dispatched to Yarnell. Seventeen of the firefighters are posed in a human pyramid, smiling and happy. The other two, who weren’t in the original photo, are added with permission from their families.

“It shows the hotshots as vibrant, enthusiastic, life-filled young men,” Lechner said. “That’s how we want to remember them.”

The hotshot crew’s average age was 27. The average age of the town of Yarnell was 64, according to Lechner.

The fire was a defining moment in the history of this town of 600. Resident Linda Ma, who handled most of the fundraising for the memorial park, says the evacuation, media attention and recovery from the fire brought everyone together. 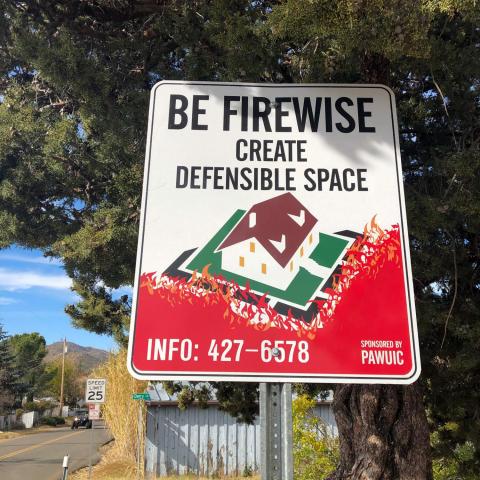 Scott Bourque/KJZZ
A sign near the Yarnell Hills Fire Memorial Park reminds Yarnell residents to keep a defensible space around their homes to protect from wildfires.

“You don’t realize the impact the fire had on everybody who lived here,” she said. “It really pulled everyone together too, no matter our politics, our religion, we’re connected because of this.”

Yarnell sits along Highway 89 between Wickenburg and Prescott. On weekends with nice weather, hundreds of motorcyclists and other tourists pass through. Lechner wants them to see the memorial park and reflect on not just the loss of life saving the town, but how the events of June and July 2013 changed the character of the town.

“We want them to come away with an appreciation of the sacrifice that these guys made, an appreciation of how young and vibrant they were,” she said. “We’ll also be having signage that talks about the evacuation process, the recovery experience, the effort that the group made over the four year period to rebuild here, so they’ll get the full story of the fire.”

So far, Ma has raised about $275,000 for the park, mostly through sales of commemorative bricks, art and T-shirts. They're still about $50,000 shy of their goal.

“Many of us still grieve for what happened, but we think it’s a good way to honor them in terms of life, celebrating life," Ma said. "We’re looking at community type events for people to come and enjoy, sit here. It’s just nice having it in the center of town.” 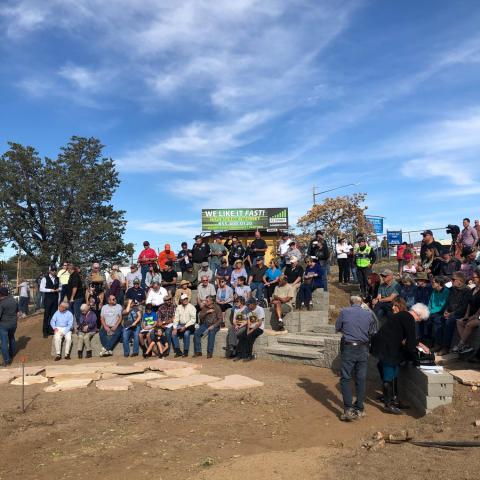 Scott Bourque/KJZZ
A crowd gathers at the Yarnell Hill Fire Memorial Park to watch the unveiling ceremony for a memorial dedicated to the 19 firefighters who died protecting the town during a 2013 wildfire, November 16, 2019. 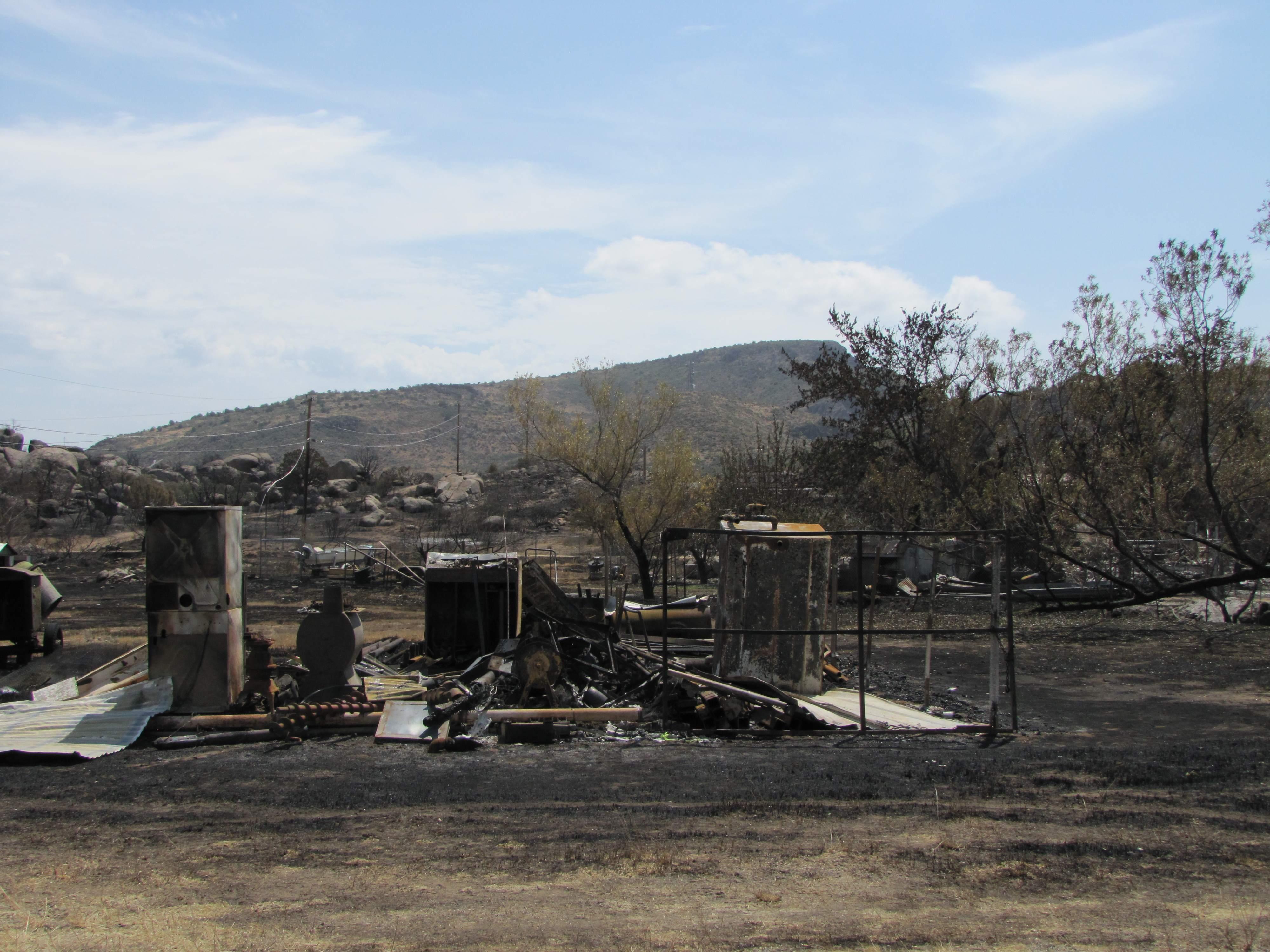 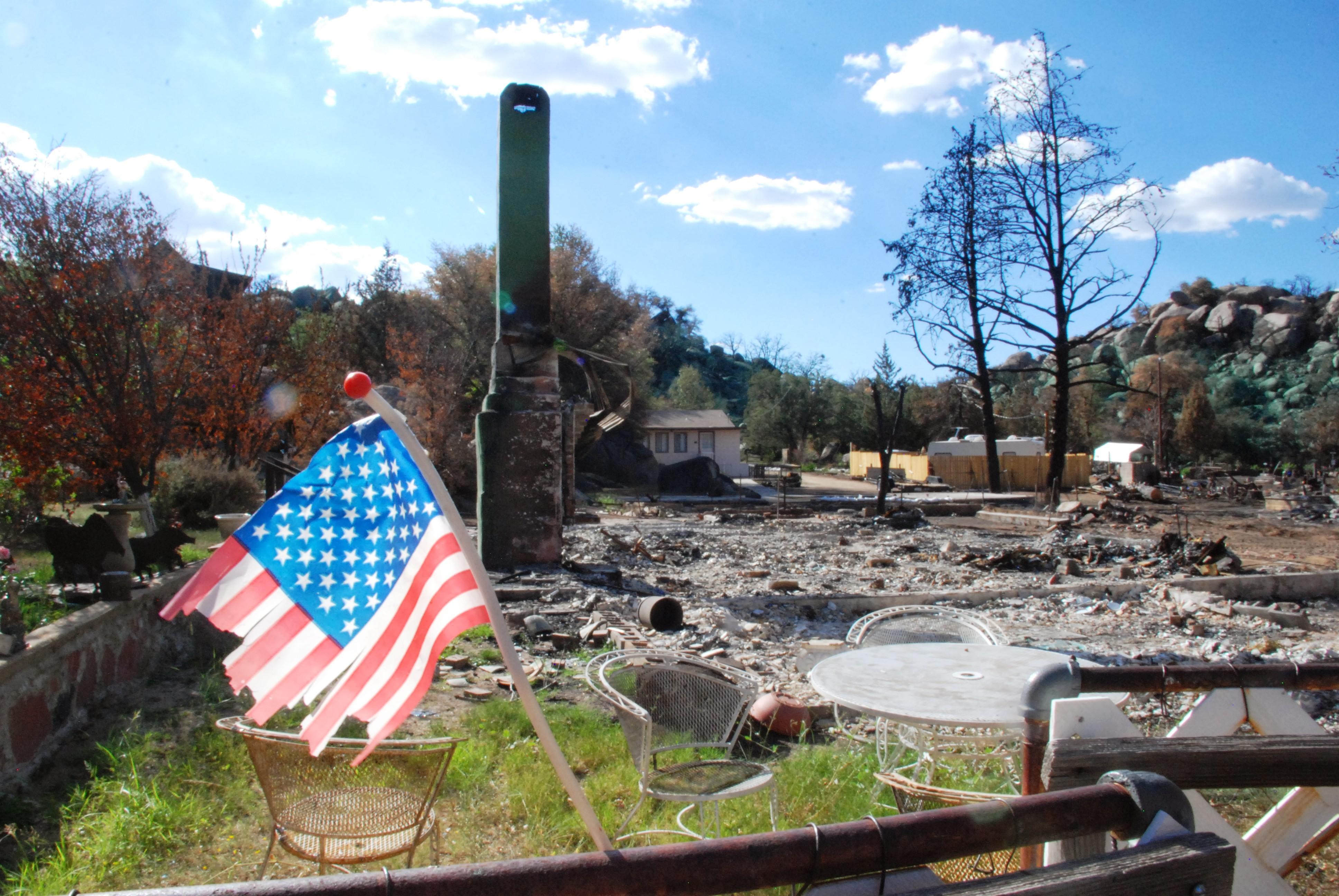 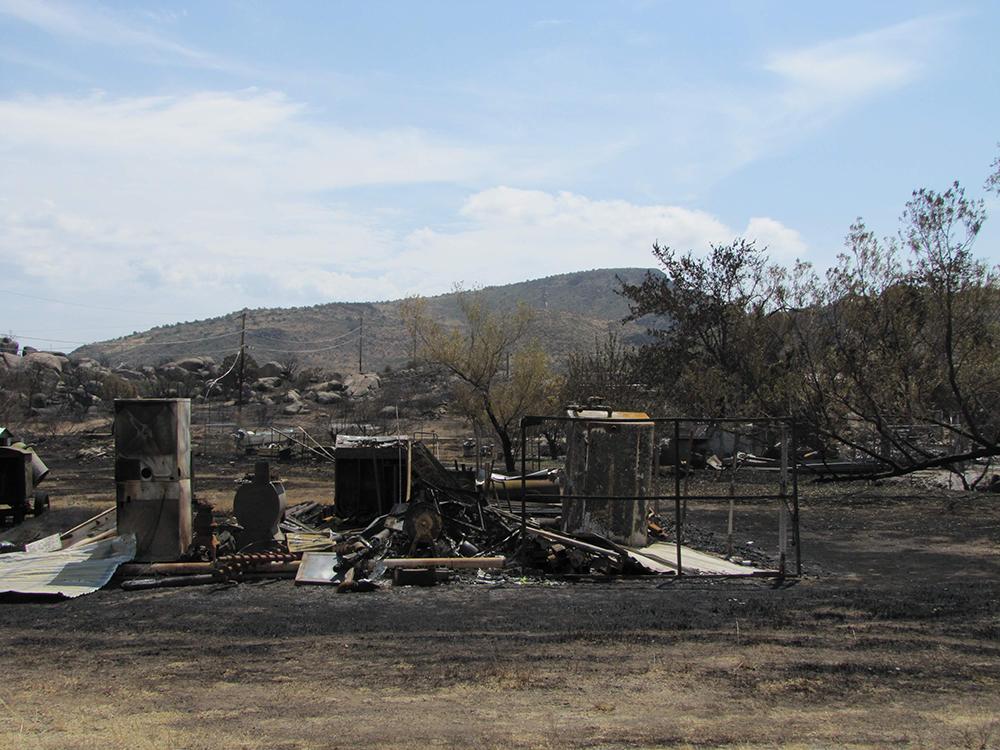 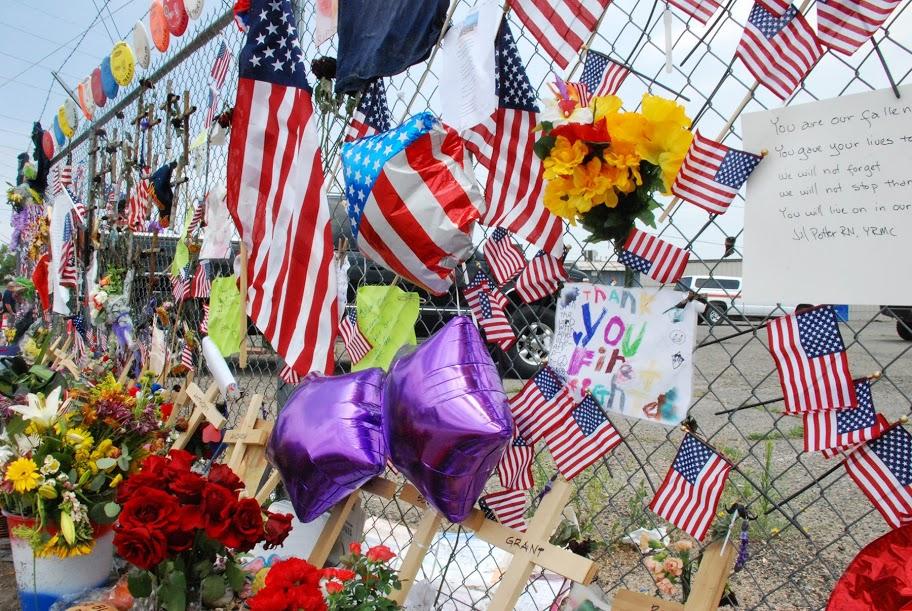 Stina Sieg/KJZZ
A makeshift memorial at Fire Station 7 in 2013 dedicated to the 19 Arizona firefighters who died in the Yarnell Hill Fire.
Stina Sieg/KJZZ
The Tenderfoot Fire spotted above US 89, where cars were being turned back before reaching Yarnell.