Q&AZ: Why Is Yuma High School's Mascot The Criminal?

Download mp3 (2.4 MB)
Q&AZ is supported in part by Sierra Nevada Brewing Company
Yuma Union High School District
Yuma High School has a unique mascot: the criminals. Through our Q&AZ reporting project, a listener asked KJZZ to explain the story behind it.

Through our Q&AZ reporting project, a listener asked KJZZ to explain the story behind Yuma High School’s mascot. As it turns out, despite the connotations associated with their namesake, Yuma’s students, staff and alumni are proud to call themselves criminals.

The school was founded in 1909, three years before Arizona became a state. It started with four teachers and 12 graduating seniors. Soon after, the school moved to the abandoned Yuma Territorial Prison, where class was taught in the cell block area and assemblies were held in the prison hospital.

Eric Patten works for the Yuma Union High School District. He said during those early years, Yuma’s athletes beat a Phoenix football team in an upset. 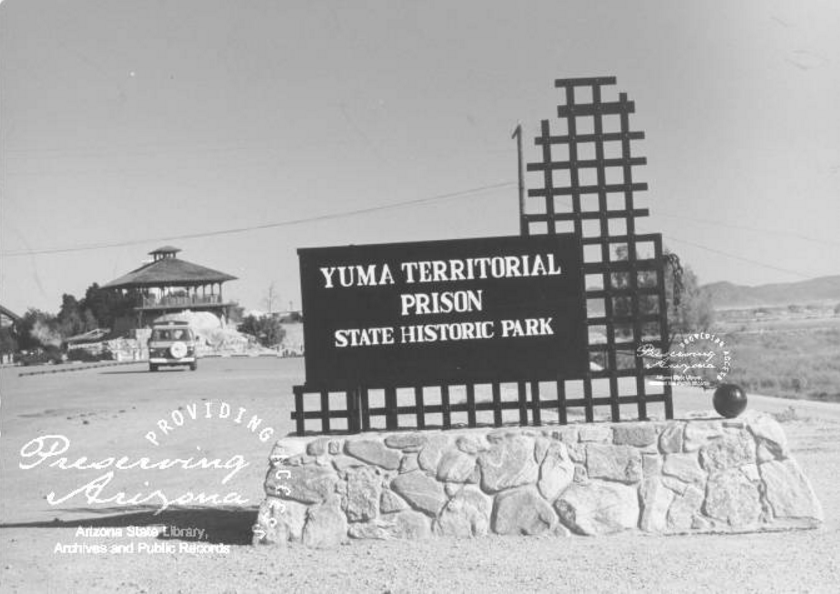 “And after the game several of the Phoenix players said that the Yuma kids stole the game like a bunch of criminals," Patten said. "For about two years, that was kind of fighting words for the Yuma athletes and that nickname sort of spread.”

A few years later, the school took a once offensive nickname and turned it into what Patten calls “a badge of honor.”

“The community 100% embraces the nickname and because the school’s been around for so long — you know, we’re on the 110th anniversary this year — there’s criminals all over the nation," he said.

Some criminal alums even come back to buy merchandise from the student store, appropriately named “The Cell Block.”