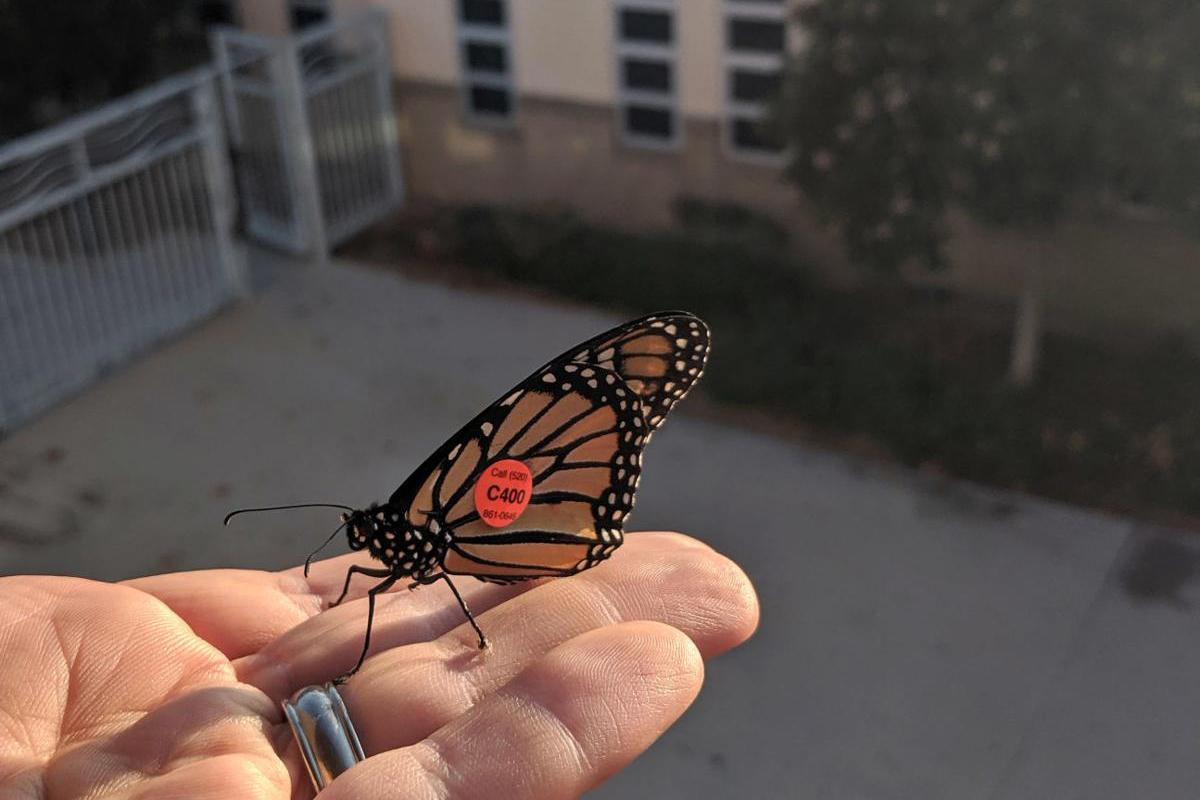 Aaron Peck
Pacifica High School Teacher Aaron Peck took this photo of a Monarch butterfly that landed on him in his classroom in Oxnard, California.

It’s the little things in life that bring joy, and that's what happened a few weeks ago when a Monarch butterfly flew through a California high school classroom window, landing on the math teacher's shoulder.

Then, the teacher looked closer at the butterfly’s wings and saw small, human-made tags, including a phone number with a southern Arizona area code.

He called the number and discovered that the butterfly had been tagged by naturalist Joe Billings.

"You know that really made my day, let me tell you," said Billings. "Any time that you get a recovery long distance like that its hugely exciting. There's not a lot of them that happen. It's a pretty small percentage." 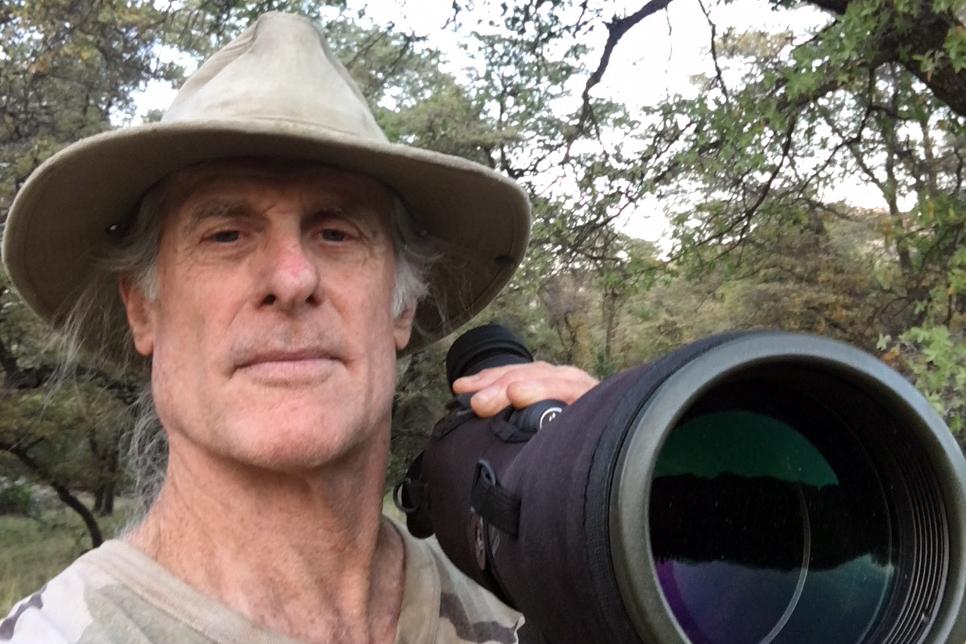 Billings has tagged more than 6,000 monarch butterflies over the past five years, but has only recovered about 60 from places like Nevada, California and near Mexico City.

But his latest recovery is the most meaningful so far.

"I suppose I thought by know I knew all their little quirks and tricks, but apparently not," he said. "Because I've never heard of a monarch flying through an open window in a building. I just don't know how to explain that."

Billings’ research on monarch butterflies will soon be published in a journal devoted to the study of moths and butterflies.