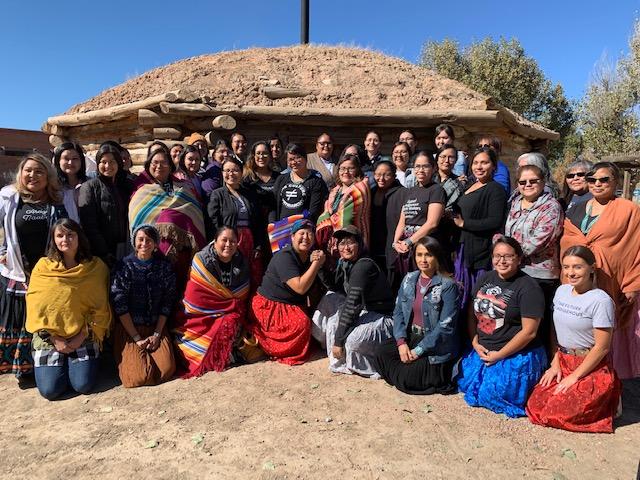 Laurel Morales/KJZZ
A group of 40 people trained to be doulas at a recent training held in a Window Rock hogan.

When Briana Groten arrived at the hospital on the Navajo Nation to deliver her first child, the doctor told her the baby didn’t look good and they needed to induce.

After bringing her baby home, she read up on hospital interventions, the risks and how to avoid them. So her second birth was completely different.

“It was important for me to have my sister there because you’re in such a vulnerable place,” Groten said. “When I felt like I wasn’t getting my point across, I knew that my sister would speak up for me.” 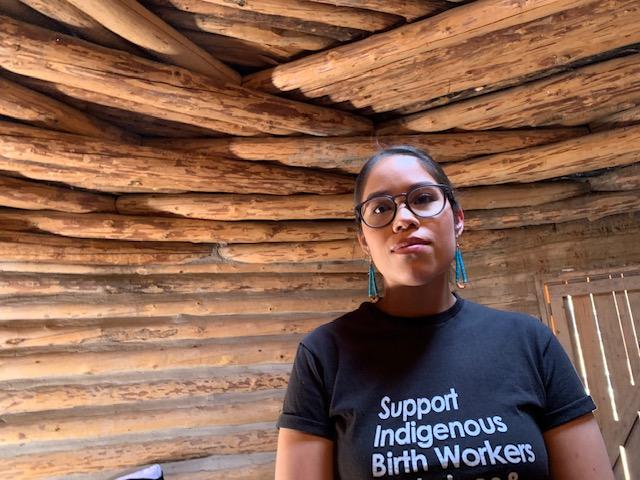 Laurel Morales/KJZZ
As a nurse in labor and delivery, Briana Groten said she's all about all about informed choices. She says if a woman wants an epidural, she's going to explain to her all of the risks and benefits.

Groten has made it her mission now as a labor and delivery nurse at an Indian Health Service hospital, to be a good sister to other women.

In Arizona, Native American women are dying of pregnancy-related causes at a rate four times higher than those of white women. And most of those deaths could have been prevented. That’s according to a recent study by the Arizona Department of Health Services and the Centers for Disease Control and Prevention.

Nurse midwife Nicolle Gonzales said there should be more people like Groten. When she discovered there weren’t enough pregnancy support professionals — or doulas — on the Navajo Nation, she started a nonprofit Native women’s health collective called the Changing Woman Initiative. And she organized this doula training. They had over 100 applicants but only could fund and accept 40.

“By having a program where doulas help women understand they’re going through this very spiritual process and having these conversations about tests and the labs and the ultrasounds, or even what kinds of questions to ask their physician, they’re more likely to have a better outcome than having somebody who feels invisible,” Gonzales said.

Gonzales said the maternal mortality numbers are a result of many things that failed — some women don’t have their Medicaid card at their first appointment. Transportation and distance are other big obstacles on a reservation the size of West Virginia.

“Many women can’t even get to their first appointment because they don’t have a reliable car,” Gonzales said. “Just 30 miles from the nearest hospital increases a woman’s risk for maternal death, a small or oversized baby, preterm delivery.”

Gonzales said a pregnant woman should have at least 10 prenatal visits with a health care provider. Most Native women are lucky to get to half of those.

Laurel Morales/KJZZ
Nicolle Gonzales is a nurse midwife and the founder and executive director of the Changing Woman Initiative, a Native American centered women's health collective.

“As I was attending births with Native families, I didn’t see that much agency,” Gonzales said. “They didn’t have a lot of choices around where they birthed or how they birthed. And so I felt like the only way to advocate for those spaces was to become a midwife and create the nonprofit.”

American Medical Association President Patrice Harris said increased closures of maternity units — both in rural and urban communities — has reduced access to quality care. She addressed a U.S. House committee on the subject last May.

“The U.S. is one of only three countries in the world where the rate of maternal deaths is rising,” Harris said. “But most alarmingly 60% of pregnancy-related deaths are preventable. This is simply unacceptable when we know these inequities are unjust and avoidable.”

Harris said the AMA is working with medical schools to integrate training about implicit biases and cultural humility.

On the Navajo Nation, one midwife said when a mother comes in to deliver her baby it’s a comfort to see someone who looks like you, who shares the same history.

"It's the community that gives them the power to work as a doula," Gonzales said. "We are decolonizing the process of sharing information. Our ancestors have always shared information. In that way we remember this is still our information. We still get to decide how it’s going to be used we certify each other."

They laughed loud and hard. They laughed out of necessity, so they could move past their pain and do something about it.

Laurel Morales/KJZZ
Christa Lee is a midwife in Fort Defiance. In addition to learning how to navigate the health care system, Lee says the doula training has taught her Navajo birth traditions.
Fronteras Science