Compact May Mean Legal Danger For Marshallese Women Found In Mesa, If They Choose Adoption

Prosecutors have accused Maricopa County Assessor Paul Petersen of running an illegal adoption ring that spanned a quarter of the globe.

The allegations stem from his work with pregnant women from far out in the Pacific Ocean.

Mesa is not the only place in the United States where Paul Petersen is said to have warehoused pregnant women from the Republic of the Marshall Islands (RMI).

“It’s not uncommon for up to four of those expecting mothers to be confined in a single room. Some expecting mothers were forced to sleep on the floors,” said U.S. Attorney Duane Kees. He described the scene inside an Arkansas home during a series of news conferences after Petersen’s arrest. “Many of these mothers described their ordeal as being treated like property.”

Prosecutors have accused Petersen of masterminding an adoption scam in Arizona, Utah and Arkansas. He faces felony charges like fraud, selling children and undocumented immigrant smuggling.

“No proof has been provided. There’s been no evidence presented in a courtroom. And as we sit here today, my client is innocent. He’s innocent as the day he was born,” said Kurt Altman, Petersen’s lawyer.

The federal charges for undocumented immigrant smuggling stem from a Compact of Free Association between the U.S. and the Marshall Islands. The deal lets people flow freely between the two countries, for the most part. But a reform made in 2003 prohibits Marshallese women from coming to the U.S. to give up their baby, if they don’t get a visa first.

“However it is quite difficult to enforce,” said Richard Hickson, attorney general for the Marshall Islands.

Hickson has moved between Australia and the Republic since the late 1990s. He’s been a judge for the Marshall Islands high court, worked on the local adoption law, and started his current job on Oct. 1. 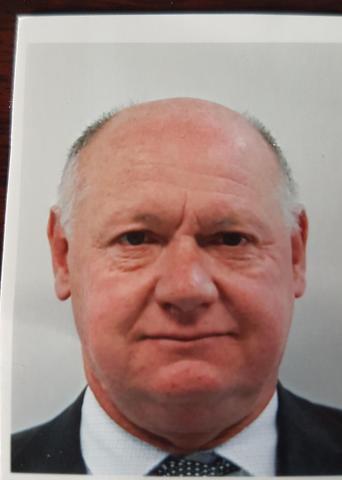 “The people are asked questions by the RMI immigration when they are leaving the country. Whether they give true or correct answers is unknown,” said Hickson.

There are plenty of legal reasons for a pregnant Marshallese woman to fly to the U.S. Hickson said she might actually live here, or she may want advanced health care in a first-world country.

Court documents say Petersen or his staff offered women up to $10,000 to put their baby up for adoption.

“The average salary (in the Marshall Islands) for a working person is probably between $10,000 and $15,000 a year. So it’s the equivalent of a year’s salary to someone who is in a difficult position anyway,” said Hickson.

The Compact that allows Marshallese people to live and work in the U.S. has roots in nuclear weapons testing done by the U.S. military, which left part of the republic uninhabitable. The deal was changed about 15 years ago to prevent exploitation of pregnant Marshallese women.

Hickson said a new public service campaign will start broadcasting this week across the Marshall Islands. The goal is to warn women about recruiters tempting them to give up their babies. It also aims to alert them that “you may be an illegal immigrant to the United States, in relation to traveling to the United States for an adoption, because of the exclusion under the Compact,” said Hickson.

Matthew Casey/KJZZ
Adoption Attorney Rita Meiser says local lawyers have stepped up to help Marshallese women who'd been working with Paul Petersen. But the women may face legal problems, if they ultimately decide to put their child up for adoption.

If the women police found in Arizona still want to do an adoption here, going through with it may expose them to legal problems, said Rita Meiser.

“That seems to be the 800 pound elephant in the room is nobody seems to understand what the implications of them having come here to do an adoption are,” she said.

Meiser has been an adoption attorney for almost four decades. She’s a founder of the Academy of Adoption & Assisted Reproduction Attorneys. Members are committed to ethical practices.

Local adoption and immigration lawyers have stepped up to try to help the Marshallese women, who likely didn’t know that the way they came here could be considered illegal, Meiser said.

“Because of the whole violation of the Compact issue, I don’t know if anyone can give them certainty,” she said.

Where the Marshallese women found in Mesa are now is also uncertain. The Fronteras desk made multiple efforts, but was unable to reach them.