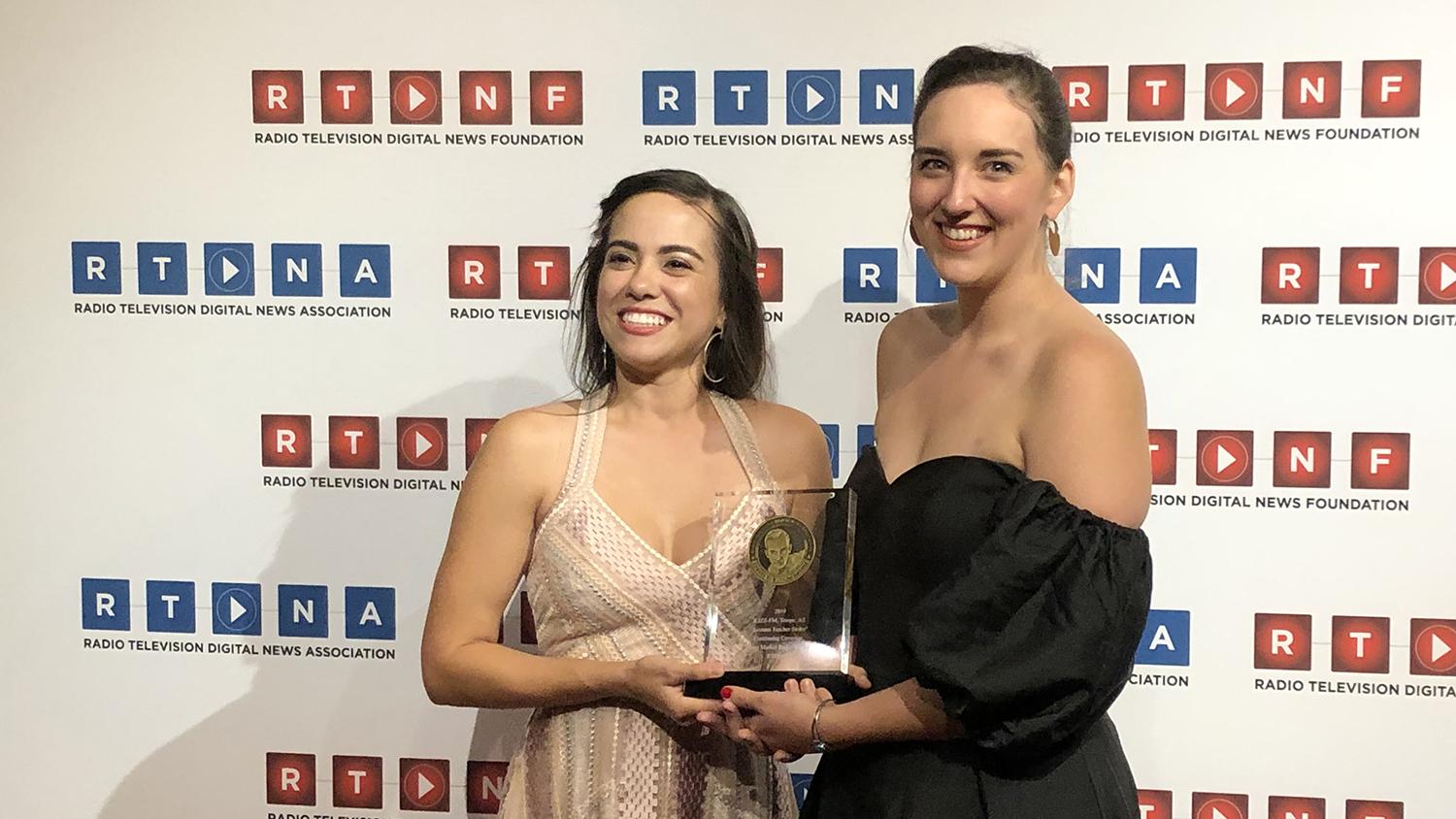 Reporters Mariana Dale and Casey Kuhn led KJZZ's coverage of the Arizona teacher strike in 2018, following the story wherever it went: schools, meetings, protests at the state Capitol. This week, the story took Dale and Kuhn to New York City, where they accepted the national Edward R. Murrow Award for continuing coverage in a large radio market.

The 2019 Murrow Gala was held Oct. 14 in Gotham Hall, where hundreds of journalists gathered to celebrate the best in broadcast and digital reporting from 2018.

Winners were announced in June by the Radio Television Digital News Association (RTDNA). KJZZ was one of only 16 winners in the large radio market category.

KJZZ’s reporting on the months of teacher frustrations, walk-ins and ultimately a week-long strike was honored during the ceremony. Part of the entry that won was broadcast to the room, highlighting the teacher walk-out and hearing from Arizona teachers who were demanding to be heard.

The powder keg of low teacher pay and education cuts from the state since 2008 were what led to the strike, along with momentum from teacher walkouts in other states like Oklahoma and West Virginia.

This year, KJZZ won regional Murrows for the categories excellence in sound, for a story on the Arizona teacher band; hard news, for coverage on the Arizona-Mexico border; and news series, for Changing Woman, a six-part report on how women live in today’s Navajo Nation.