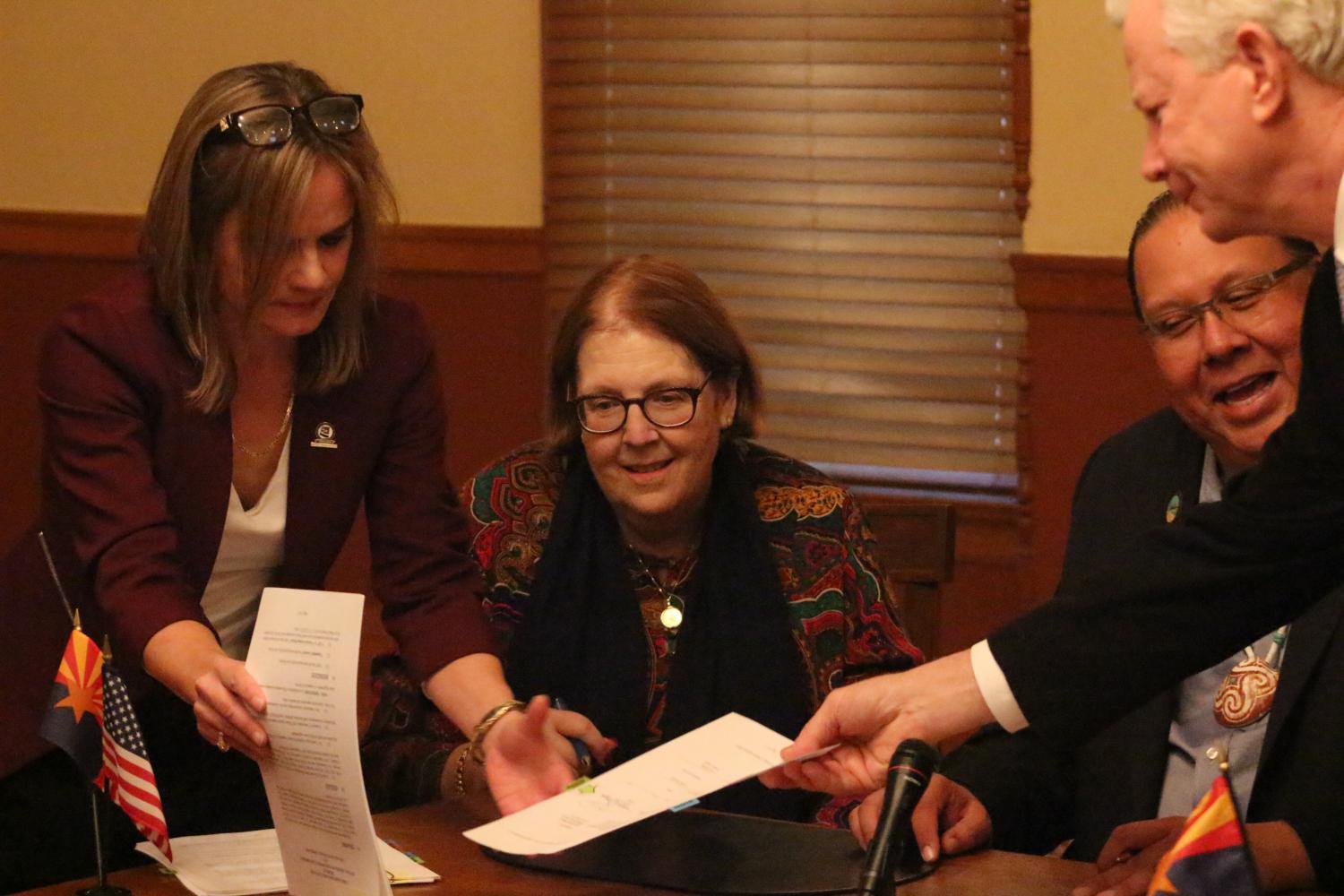 A key water management tool that enables housing development in central Arizona does not have a rosy future. That’s a key finding of a new report from Arizona State University.

The report looks at the Central Arizona Groundwater Replenishment District (CAGRD), a program created in 1993. Developers — and, by extension, the customers who buy homes — can pump and purchase groundwater and then pay into the program. CAGRD, subsequently, has to replenish the groundwater that is pumped for those thirsty homes. This is a way to meet the state’s water management goals and show a legally-required 100-year water supply.

But the report outlines several concerns about the specific rules that govern CAGRD and casts doubt on its ability to find water to meet expected obligations.

One concern is that the replenished water does not have to be returned to the same place where it originally was pumped. It simply has to put water back into the larger Active Management Area, and the recharged water doesn’t necessarily flow to where it’s needed.

“It’s an unsustainable practice,” said Kathy Ferris of ASU’s Kyl Center for Water Policy, the report’s co-author. “There are so many different aquifers and layers. There are seven subbasins. And water doesn’t just move around like it’s in a bathtub. Sometimes it doesn’t move at all, depending on where it’s recharged.”

There are five AMAs in central Arizona where the state regulates groundwater. The Phoenix AMA, for example, is 5,646 square miles.

Another concern is financial. As water in Arizona becomes more expensive, some homeowners enrolled in CAGRD have looked for water that is cheaper than the original source the developer identified for its 100-year supply requirement. A different source may free the homeowners from paying an annual charge to CAGRD for replenishment.

The problem, the report said, is that the agency still must find and pay for water “to meet the member’s long-term replenishment obligation.”

Depending on how many homeowners use this strategy, it could mean consistent expenses but lower revenues for CAGRD. That’s because it has fixed costs that do not fluctuate depending on how much water needs to be replenished that year.

Ferris cites a consultant’s report from 2017 saying if all of the Phoenix-area lands enrolled in CAGRD used this workaround, the result would be “financially catastrophic.” The consultant’s policy recommendations involved legal or regulatory changes that have not been enacted.

Other concerns in the ASU report involve the sheer amount of water CAGRD is expected to need in order to meet its current and projected obligations, especially at a time of shortage conditions on the Colorado River, the state’s largest source of surface water.

The board of the CAGRD also runs the Central Arizona Project (CAP) canal system. In a statement, the agency pointed out it “was charged with the statutory obligation to manage the CAGRD since its inception more than 25 years ago,” saying it “has fulfilled this duty effectively, demonstrating fiscal responsibility while securing a robust water supply portfolio that will be available through the mid-2030s.”

“Another important conversation is emerging in Arizona relating to when and where growth occurs in urban areas, particularly Maricopa County,” the statement continued. “CAP recognizes that needs change over time, and with thoughtful planning, now is the time to engage in this discussion. CAP welcomes the opportunity to be part of it, but given that the focus of this conversation would be beyond CAP’s CAGRD responsibilities, CAP may not be the appropriate entity to convene and lead this conversation.”

The agency does not have the legal authority to reject new enrollees in the groundwater replenishment program. The Arizona Department of Water Resources (ADWR) does have some oversight: it approves a 10-year plan for the CAGRD, and can later reverse an approval.

But the report said “such a decision will be politically difficult, will not stop the sale of previously enrolled but unconstructed lots, and will not address CAGRD's continuing replenishment obligations for its current members.” It recommends authorizing the program to deny accepting new members if needed.

A spokeswoman at ADWR declined to comment on the report, saying the department had not yet reviewed it.

The report comes on the heels of the state releasing its own water bombshell: a new model for the Pinal Active Management Area showing an expected shortfall of over 8 million acre-feet of water. An acre-foot is enough water to cover an acre of land with a foot of water. It can also supply a family of four for one year.

“I think that the Pinal situation demonstrates that as time has gone on, we’ve learned more and more about our groundwater resources. And our scientific ways of assessing how much groundwater is there have dramatically changed,” Ferris said. “Nobody’s talking about the fact that, well, even if there was enough groundwater, if it’s all used up, it gets all used up. Then what?”

Ferris joined The Show to talk about the research.