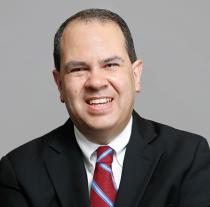 I was taken aback and playfully responded “In?”

“Seriously! Do you believe in God?”

I froze knowing that only a positive response would allow for us to move on — and fortunately, it was an honest one. “Yes, of course”

The question of faith and medicine is complicated for all physicians; yet this question seems to be increasingly common during my clinic and hospital visits.  Like most American doctors, I’ve been trained to separate faith and science at the exclusion of faith.

However, I also realize that a large percentage of both physicians and patients want to talk about spiritual beliefs, especially when confronting serious health issues. But there are no rules on how to talk about this topic and if you do, it’s at your own risk.

As a neurologist, the issue is particularly vexing. In some brain diseases, hyperreligiosity can be a symptom of disease.  Clinical tests where certain areas of the brain are stimulated for mapping before surgery, inadvertently have yielded reproducible “out of body” feelings.  This often leads to questions on what is faith and what is neuroscience.  Regardless, belief in God is beneficial for many with measurable health impact.

Numerous studies have shown that people who pray and believe, may lower their blood pressure, are less anxious, and have a lower risk of depression.

The way I see it, doctors have to respect faith — or lack thereof — irrespective of one’s personal belief.

For those who believe, the idea of connection to a higher power is life saving and may actually improve your health no matter what your doctor thinks.  For those who don’t believe, their faith in medical science may offer a similar benefit — we don’t know — and perhaps, as I heard in countless Sunday sermons growing up, God works in mysterious ways.

Dr. Sirven is the chairman of neurology at the Mayo Clinic.