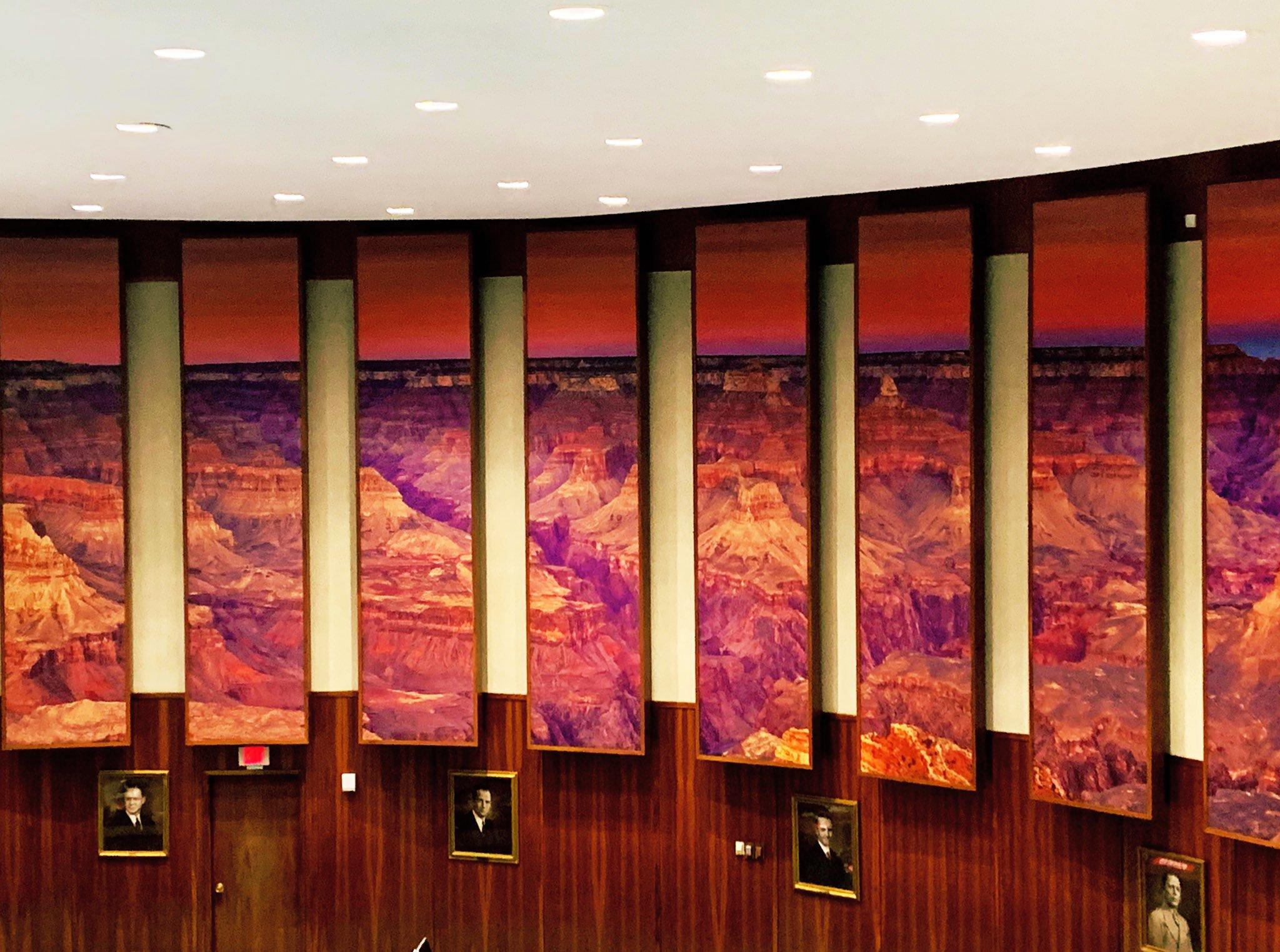 It’s taken four decades, but the Arizona House of Representatives is now adorned with a panoramic view of the Grand Canyon.

The project started in 1979 when then-House Speaker Frank Kelley commissioned an original work of art for the chamber, a heroic effort, as described at the time.

But the feat was never completed, the art never produced and the House floor left largely bare, unless you count the modest portraits of past speakers. The current House Speaker, Rusty Bowers, himself a painter and sculptor, sought to change that.

Andrew Oxford of The Arizona Republic reported on this, and he joined The Show to talk about the project.