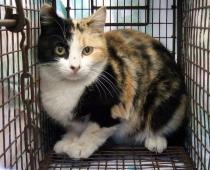 When a cat or dog enters an animal shelter without  identification, state law requires it to remain there for a minimum of 72 hours.

For dogs, this can be a good thing. They’re frequently reunited with their owners. That’s not the case with cats. They respond poorly to their temporary environment, and shelters can quickly become overrun with felines. Now, a bill on Gov. Doug Ducey’s desk could change that.

When feral cats, often referred to as community cats, are impounded for up to 72 hours, many die. This can include cats that are socialized to humans and could possibly be adopted.

"So the idea is move them on out as quickly as possible after they’re given a health check, and sterilized and vaccinated, put them right back where you got them. There are programs around the country that are doing this very successfully," Peter Wolf with the Utah-based Best Friends Animal Society

Wolf argues it will help keep the number of cats in check since they’ll be sterilized, one of the only ways to reduce the number of feral cats.