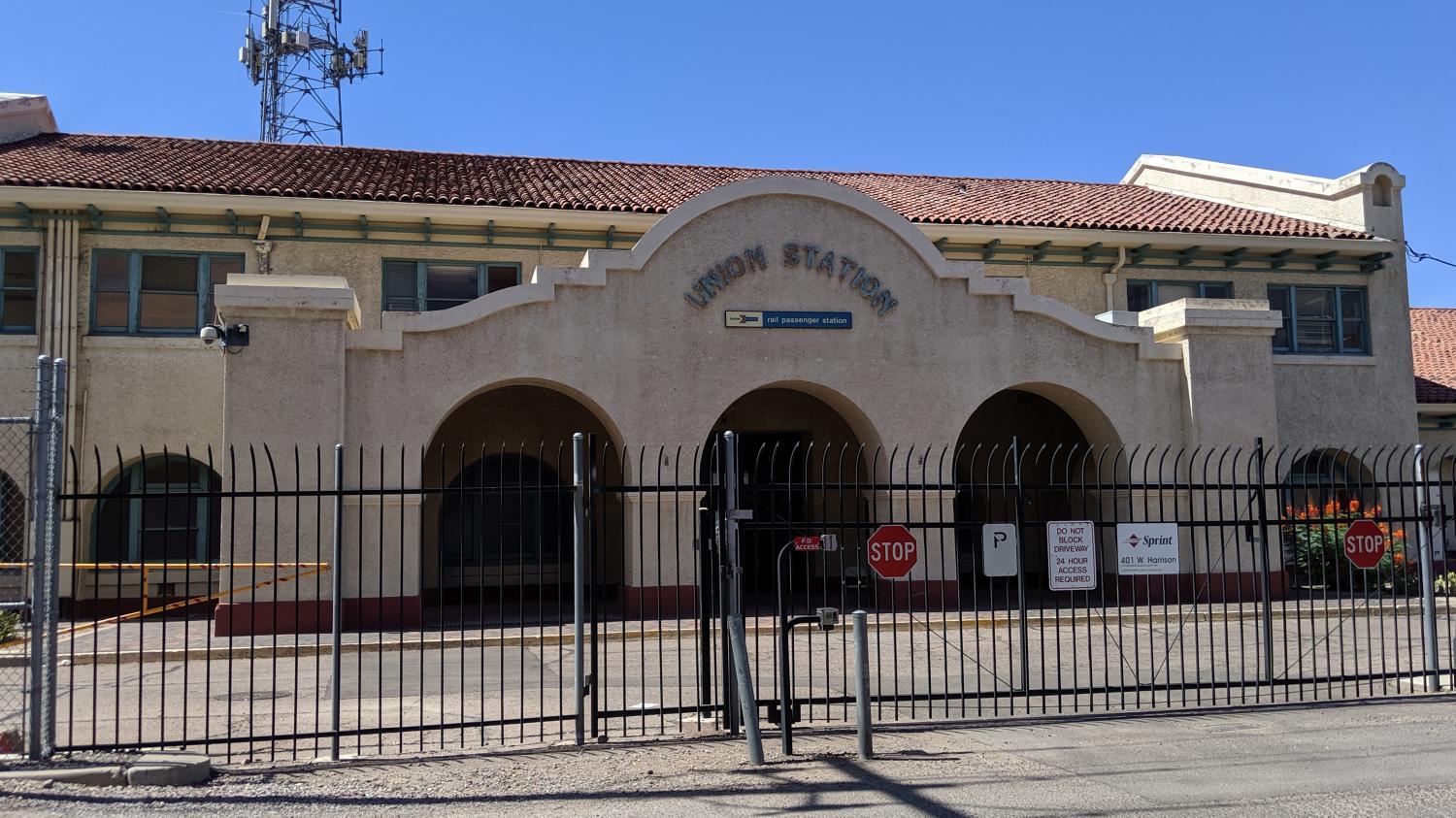 In fact, Phoenix is the largest city in the country without it. But it wasn’t always that way.

Phoenix’s Union Station was a bustling train hub when rail travel peaked around World War II. Today, it sits dormant as Amtrak stopped its service to Phoenix in June 1996.

On Oct. 9, 1995, Neal Hallford was aboard Amtrak’s Sunset Limited, chugging through the Arizona desert. He caught the train in Texas for California.

“I woke up just as the train was slamming on the brake,” Hallford said.

Hallford would find out later he was lucky to only get bruised. The train had derailed, leaving nearly 100 people injured and one Amtrak employee dead.

“The windows on these trains do not just open,” Hallford said. “You have to break a plastic seal to open the thing. So they rip these things open and they’re pulling people out of these compartments.”

Hallford was getting overheated, so he got out and walked around. 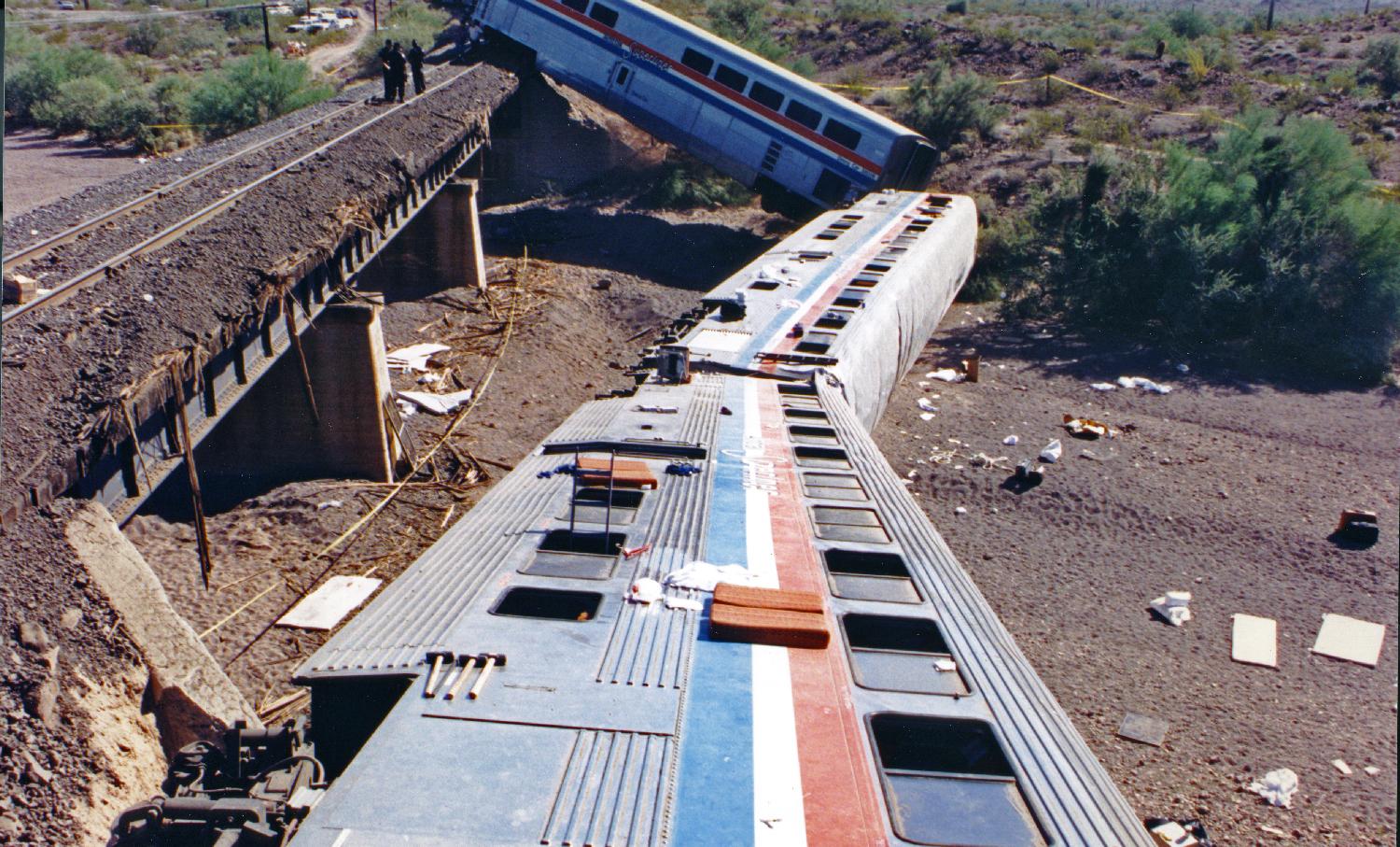 FBI
The Amtrak derailment near Hyder, Arizona, in 1995.

“While I’m looking around, I see a piece of paper on the ground that’s under a rock,” he said.

The note referenced the Waco siege in Texas a few years prior and was signed “The Sons of Gestapo.”

“This wasn’t just an accident,” Hallford said. “Somebody’s actually sabotaged the train that we’re on.”

Nearly 30 railroad spikes were removed from the tracks and someone had pushed one of the rails in. But the electrical wires that run through the track were kept intact. So crews had no warning that anything was wrong with the line.

“I read enough of the note to realize I need someone a lot more important than me to see this note immediately,” Hallford said.

Hallford took the note to police, and the FBI launched an investigation. Rewards were offered over the years for information, but the case was never solved.

Doug Cole was deputy chief of staff to Gov. Fife Symington at the time.

“What that did in 1995 was focus on how bad of shape that secondary line was in and what kind of infrastructure was needed to bring it up to standard so that Amtrak could operate at speeds above 45 to 50 miles an hour,” Cole said.

Routes to Phoenix were not on a mainline, and that secondary line was going to cost tens of millions of dollars to fix. Cole said the state government had other priorities.

“America West Airlines declared bankruptcy in 1991 and the state stepped in to bail it out,” he said. “So our focus was to keep our main airline in operation because that was actually more important for economic development than having rail service coming into downtown Phoenix.”

America West eventually became American Airlines. Rail service in the U.S. was continuing to decline, and Amtrak started to focus on its Northeastern Corridor from Boston to Washington, D.C.

“So, these long-haul destinations, which the Sunset Limited was part of, kind of took a backseat,” Cole said.

Now, if you want to take the train, you’ll have to hop on in Maricopa.

“We have rail service out of Flagstaff and Tucson,” Cole said. “The BNSF track [is] up north and the Southern Pacific down south and that is key to our economic development. We have great rail service in Arizona. It just doesn’t happen to be in the city of Phoenix.”

So what does the future hold for Phoenix’s Union Station? Audra Koester Thomas works for the Maricopa Association of Governments. She said MAG has been looking at a possible commuter rail solution.

“Union Station’s really neatly located directly south of downtown Phoenix and could potentially serve as the destination point for the four lines of commuter rail that come in from our suburban areas,” Thomas said.

The commuter rail system would utilize existing tracks and could span up to 110 miles.

“We potentially could be able to connect folks from Queen Creek all the way up to Surprise or even Wittmann,” she said.

Thomas said MAG’s conservative estimate shows about 21,000 people would use the service daily. But for now, a commuter rail system is just one idea.

“This solution will be weighed against other alternatives for moving people from here to there and it will be up to our policymakers to determine ultimately what we would like to invest in in the future.”

But, until then, the tracks end here, and it looks as if passenger rail service to Phoenix has left the station for good.