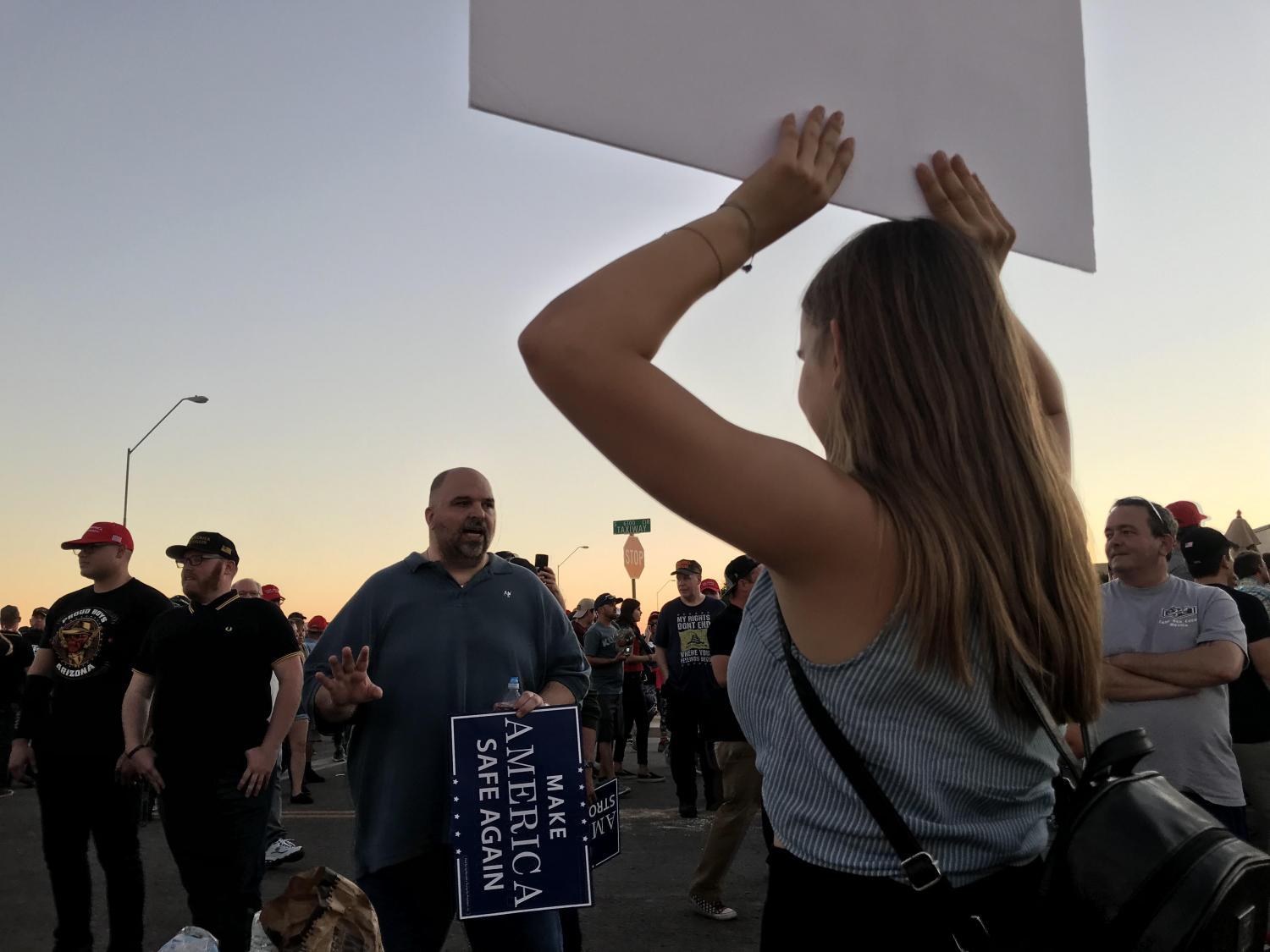 Bridget Dowd/KJZZ
A Trump supporter and protester debate outside the Mesa hangar where Trump spoke in October, 2018.

Civil discussion is a phrase used more commonly these days, as the effort is made to bring down the intensity behind arguments among polarized communities. And it seems to have been harder to come by in the nearly three years of the Trump Administration, as sides have dug in their heels even deeper for their side of the argument.

Those examples are being seen on college campuses around the country, as some controversial speakers are uninvited and some students feel unsafe amidst ideas and rhetoric they find scary. Robby Soave of Reason magazine writes about those concepts in his new book "Panic Attack: Young Radicals in the Age of Trump."

The Show spoke with him recently when he was in the Valley and started by asking whether there’s a different kind of activism since President Trump took office.