Phoenix Light Rail Extension To Include Bridge Over Interstate 17 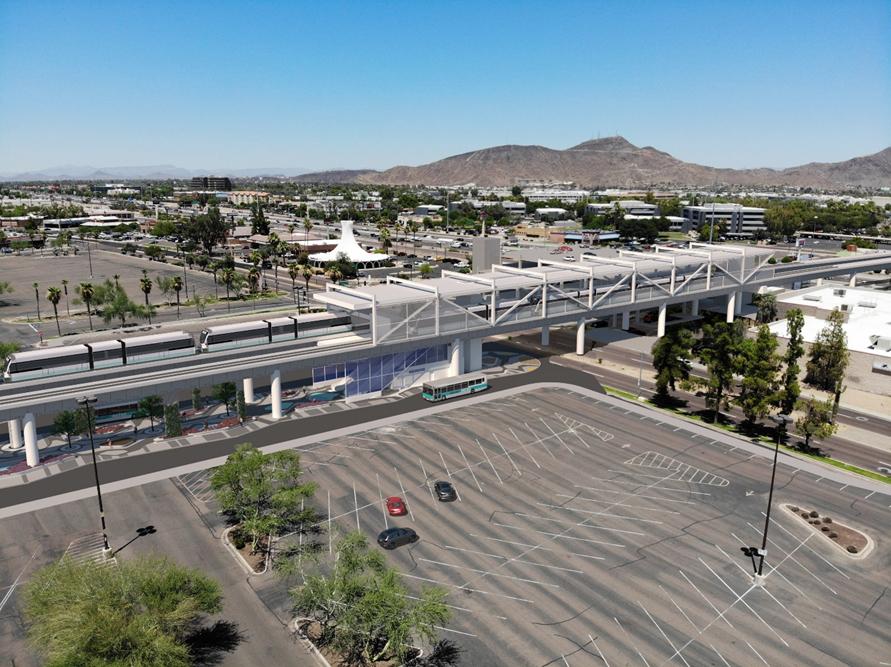 The Northwest Phase II extension will include new elements in Phoenix. A bridge will be built over Interstate 17 as part of Phoenix’s light rail expansion.

The 1.5 mile line is in the design stage with construction expected to begin in 2020 with an opening planned for 2024. It will run from 19th Avenue and Dunlap to Metrocenter Mall at I-17 and Dunlap. 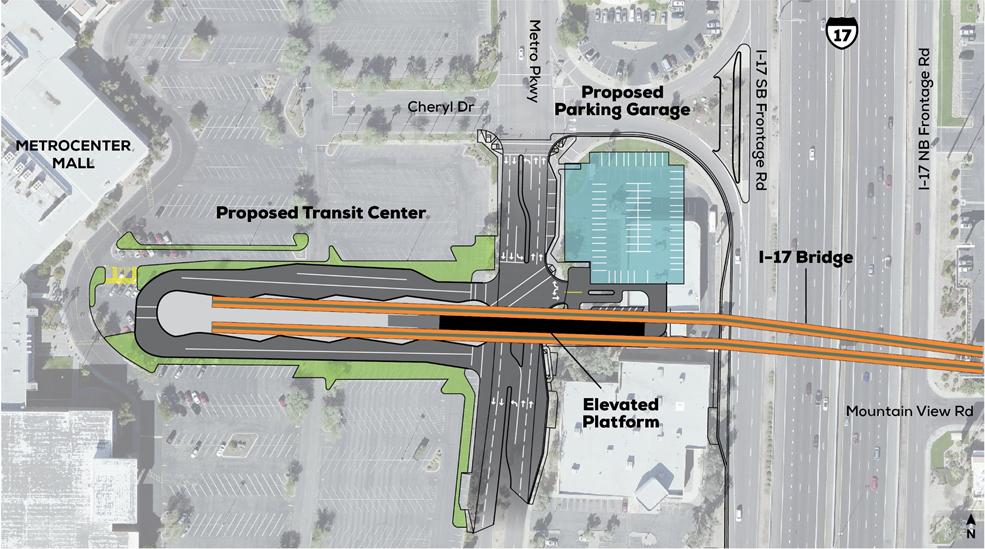 City of Phoenix
Map of the platform and I-17 bridge for Phoenix light rail's Northwest Phase II extension.

Construction work on the south central-downtown hub project could start this month. The south Central extension will run 5.5 miles from downtown south to Baseline Road.

Coleman said a new downtown hub is key to the project, “Creating this downtown hub allows us to go from a one line system that you see today to an actual two line system which makes for easy transfer from east-west to north-south traveling individuals and it creates kind of a natural hub around our Washington to Jefferson, Central to First Avenue area.”

The south central-downtown hub project is expected to be completed in 2024.

EDITOR'S NOTE: The story has been updated to clarify south central-downtown hub operations are expected to begin in 2024 rather than the 2023 approved opening date by the Phoenix City Council.