An expert hired by a federal judge to review Arizona’s prison health care system says the state is wasting money and risking patient safety by forcing the Arizona Department of Corrections (ADC) to contract with a private vendor.

In an exhaustive report filed in federal court on Friday, Dr. Marc Stern recommended a law passed by the Legislature in 2011 mandating the privatization of prison health care “be rescinded or overridden so that ADC can return to self-operating health care services.”

Silver inherited the case after the retirement of Magistrate Judge David Duncan, who levied $1.4 million in fines against the state and ordered the appointment of an independent monitor to look into the state’s continued failure to comply with the settlement.

Now it’s up to Silver to enforce the stipulation, composed of more than 100 agreed upon performance benchmarks, that settled the case. While Duncan closely monitored the state’s monthly reports of compliance with the stipulation, Silver indicated she would take a different approach.

Acknowledging the complexity of the case, Silver said that hiring an independent expert to review the remaining performance measures, as well as the state’s methodology for monitoring them, would be the best path forward.

“The Supreme Court has said the court should not be involved in running prisons,” Silver said in her only hearing on the case in 2018.

“I don’t want to do that. But the court does use experts to determine compliance,” Silver said. “We need someone who can go into the weeds.”

Attorneys for the state tried to limit the scope of Stern’s work, but Silver gave him broad powers, allowing him to access patient databases and interview current and former employees of former contractor Corizon Health and the Department of Corrections.

Stern submitted his report to the federal court docket on Friday after performing months of site tours at the state prisons, interviews and data analysis.

Stern says while attorneys representing the inmates agree with his recommendations, lawyers for the state were indifferent.

“Defendants do not take a position on Dr. Stern’s findings or recommendations here,” the report says in several instances. In some cases the report says the state’s attorneys believe Stern’s suggestions are outside the power of the Department of corrections, simply responding: “Funding is a legislative matter.”

"While money by itself cannot fix everything, it is impossible to provide safe health care in the absence of adequate spending."
— Dr. Marc Stern

“While money by itself cannot fix everything,” Stern wrote, “it is impossible to provide safe health care in the absence of adequate spending.”

Stern said he began his research by looking at a PEW study conducted in 2017 showing Arizona ranked near the bottom of all 50 states when it came to per capita prison health care spending.

Recognizing that this comparison had limitations, Stern says he then turned to the Arizona Health Care Cost Containment System (AHCCCS) to judge the adequacy of ADC’s health care spending.

“Of the various subgroups covered by AHCCCS, the subgroup of individuals whose income is between 0-100% of the Federal Poverty Level is the population that almost perfectly matches the ADC population,” Stern wrote. “I calculated what the approximate cost of health care would be for the ADC population if that care were being paid for by AHCCCs in the community.”

Listing several mitigating factors in this comparison, Stern says his calculation is conservative and likely underestimates the spending gap.

Stern’s report is blunt in its assessment of Arizona’s experiment with privatized prison health care: “Privatization of correctional health care costs the state more than self-operation.”

While the report condemns Corizon Health’s lack of will to make necessary changes, it supports the abilities of state employees.

“After having spent scores of hours working with staff of ADC’s health care Monitoring Bureau over the past few months,” Stern wrote, “it is clear to me that ADC already has the requisite leadership, clinical expertise, and talent, in house, to safely operate a health care service.”

The report says privatization has cost Arizona in terms of duplication of staffing and resources.

The Stern report represents the first such cost comparison since the state privatized prison health care in 2011.

“At least $10 million of state expenditures — a conservative estimate of vendor’s profit margin — are not currently being applied to improving health care,” Stern wrote.

The report notes frequent transitions between private contractors have directly endangered patients. One of many cases of inadequate care detailed in the report focuses on a cancer patient whose treatment was delayed during the switch from Corizon Health to Centurion.

Where To Spend The Money

Stern’s report suggests increasing salaries could help the state and its contractor combat low staffing levels in the prisons.

“Some prisons are located in locations that are not close to population centers. So a salary premium is required to entice health care professions to move to these more remote locations or spend time commuting.”

Inmates and health care providers have repeatedly testified in federal court that limited access to specialists is putting patient lives at risk.

The Stern report says fees capped by state law are mostly to blame.

“Though unfortunate, it is not unexpected that community specialist behavior is sensitive to payment rates when dealing with prison patients,” the report said.

Stern says the security procedures and scheduling challenges that come with incarcerated patients justify higher rates than those allowed by AHCCCS.

“ADC should be allowed to pay community specialists at the rate necessary, based on market forces, so that it can provide medically necessary care to its patients and provide that care in a timely manner,” the report suggests.

The Stern report recommends an increase in staffing numbers and salaries for health care workers in Arizona prisons. Stern cites several instances where he witnessed overworked employees on site tours.

“At Lewis Complex the sole physician is responsible for caring for all of the patients in the 13-bed infirmary,” Stern wrote. “That physician also functions as the facility medical director and supervises seven nurse practitioners, each of whom carries a full load of about 750 patients.”

Several former Corizon employees have given their accounts of unmanageable caseloads in federal court in recent years.

Stern said he interviewed several mental health professionals at the Perryville prison in Goodyear who were similarly overburdened. 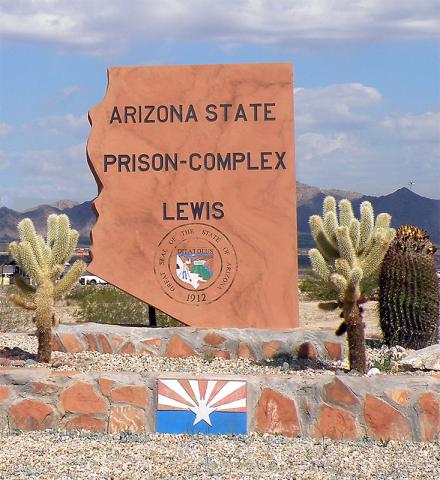 “Among them, four have caseloads of 400-500 patients and one has a caseload of 300 patients. Given the nature of the patients they see,” Stern says, “caseloads should be closer to 100-150 patients.”

Stern’s findings echo a similar staffing report conducted by a different independent expert at the request of court in 2018. Using data from the May, 2019 staffing report produced by the state’s former contractor, Corizon Health, Stern says “it is reasonable to conclude that ADC was understaffed at the point by a minimum of 17%. This is a very large gap.”

The report compares budgeted staffing levels for health care providers in June of 2012 and “Spring of 2019.” Despite a modest population increase during that time, the number of budgeted full-time employees decreased from 1,139 to 1,018.

Stern notes that Corizon ignored the suggestions in the previous staffing report, which he attributes to unfavorable conditions in the state’s contract.

“The prior and current health care contracts allow ADC to ‘penalize’ the vendor when the vendor fails to keep positions filled,” but Stern says those payments are merely a reimbursement.

“ADC’s contract with the vendor should be modified such that the amount paid to ADC by the vendor reflects an estimation of the total cost/risk to ADC when budgeted positions are vacant,” the report suggests. “The risk that exists from underfilled positions is the risk of harm to patients.”

Stern recommends additional funding be allocated to improve the electronic health record system, which he says makes it difficult for health care staff to do their jobs.

Risk Of Harm To Patients

Throughout his visits to Arizona prisons, Dr. Stern recorded many instances of questionable decision making that he believes endangered patients’ lives. In one case, a patient with schizophrenia missed doses of medicine for several days after he was transferred to a different housing unit. The patient then died by suicide.

“The antipsychotic medication he was prescribed helps reduce or eliminate the hallucinations and reduce the stress caused by the delusions, both symptoms of his schizophrenia,” Stern wrote. While he could not connect the patient missing doses with the suicide, Stern said “missing the doses of medications does increase the risk.”

PACER
This excerpt from the Stern report shows instances of missed doses of medication for a patient in an Arizona prison.

After reviewing the report, Judge Silver could call a hearing to discuss the findings with the parties. Attorneys for inmates have asked the judge to take the entire prison health care system into receivership. While Silver has discussed the idea, she jokingly referred to the dramatic step of receivership as a “terrible idea — and that is a legal term.”

EDITOR'S NOTE: The story has been updated to correct which day the report was filed.