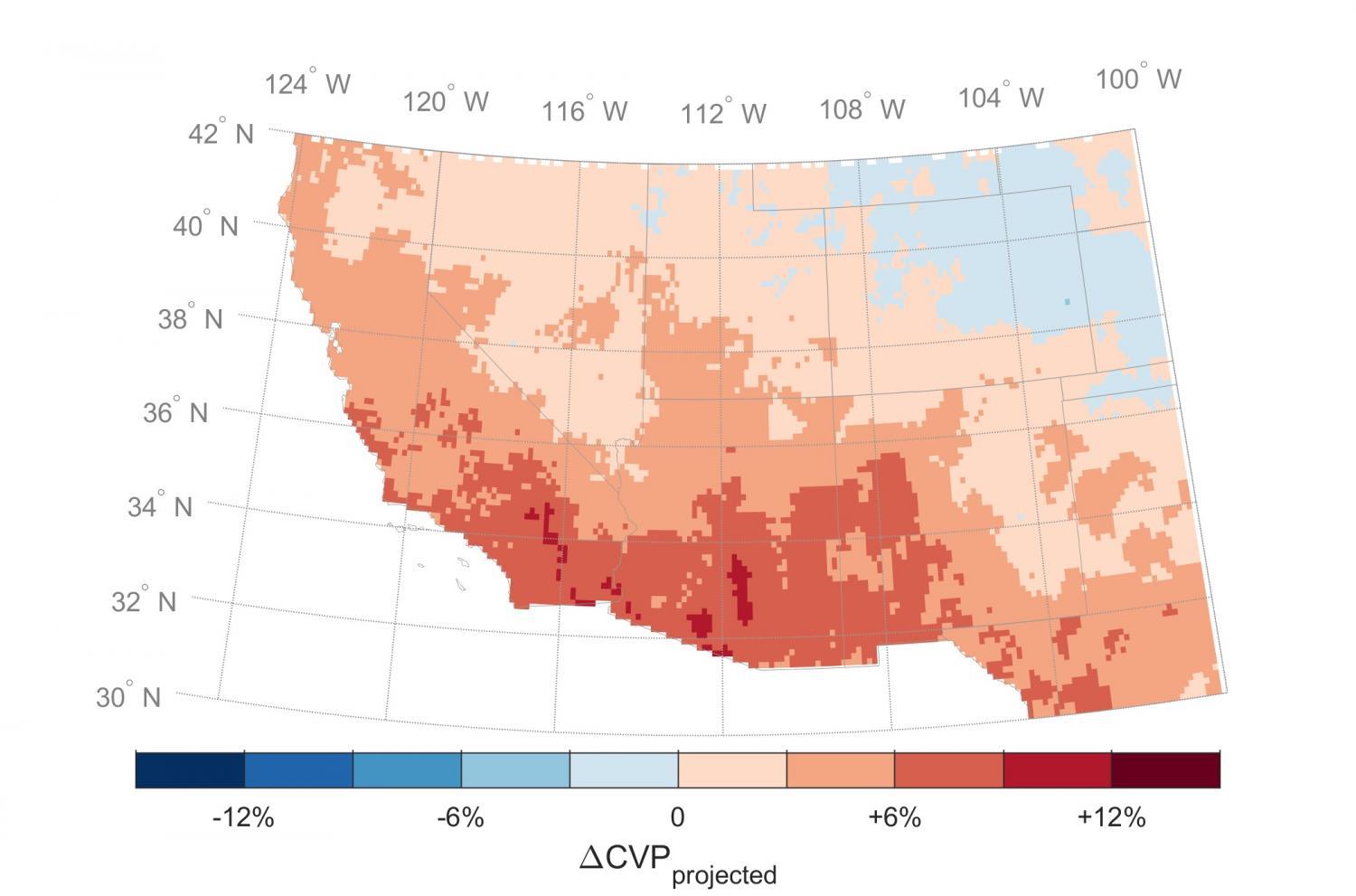 Matt Dannenberg
Projected changes in cool-season variability of precipitation (∆CVP) from 1981–2010 to 2071–2100, based on commonly accepted climate models.
Science and innovation coverage is supported in part by Palo Verde Generating Station

Warming due to climate change is driving shifts in Earth's hydrological cycle.

Now, a new tree-ring study suggests extremes in precipitation variability could spell bad news for trees in the American Southwest.

The research, which spans more than a century of forest growth in the coterminous U.S., appears in the journal Science Advances.

Researchers found the Southwest experienced far greater changes in moisture variability than elsewhere in the U.S., and was around twice as likely to see negative forest growth as a result.

Whereas other regions see growth during wet seasons that offsets dry-season declines, trees in drier climates can't keep up.

"The Southwest, because those trees are already so sensitive to what happens in year-to-year rain, they are the most affected by any change in the rain that's coming in," said co-author Erika Wise of University of North Carolina at Chapel Hill.

A warming climate speeds up the hydrologic cycle because the amount of moisture air can hold increases exponentially as temperature rises. The cycle is further affected by alterations in moisture-related systems, such as El Niño.

Shifts in the timing of when rains arrive and depart can also significantly affect forest growth. Moreover, runoff or other factors, such as the length of the growing season or the availability of nutrients, can limit how much water plants can access, even during rainy seasons.