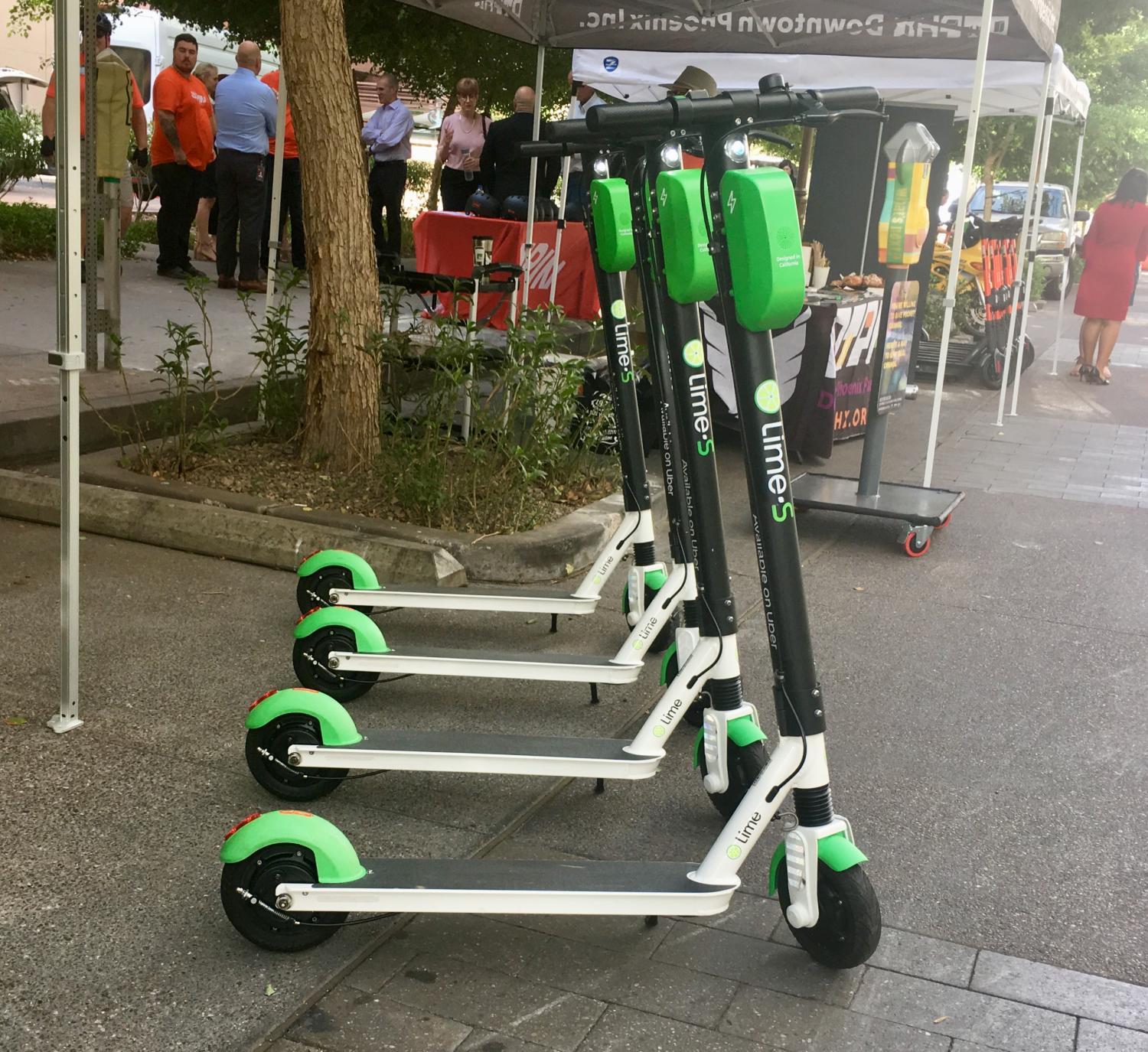 Christina Estes/KJZZ
Lime is among three companies in the pilot program.

The scooter company Lime is returning 150 scooters to the streets of Phoenix. The firm had pulled the scooters just days into the new program.

According to the city, Lime demonstrated on Tuesday that its technology is in full compliance with what the scooter program requires, specifically, that its app will make sure users return scooters near designated corrals.

But both Lime and the city say they expect some “drift” because the GPS technology isn’t always precise. A Lime spokesman said that means a scooter might be returned 5 to 10 feet outside of the corral, but that’s expected and doesn’t indicate a lack of compliance.

The company Bird also removed its scooters, but has not yet returned to the program. A third scooter company, Spin, is also operating in Phoenix.