Where'd All The Scooters Go? 3 Days Into Pilot Program, Bird And Lime Disappear From Phoenix 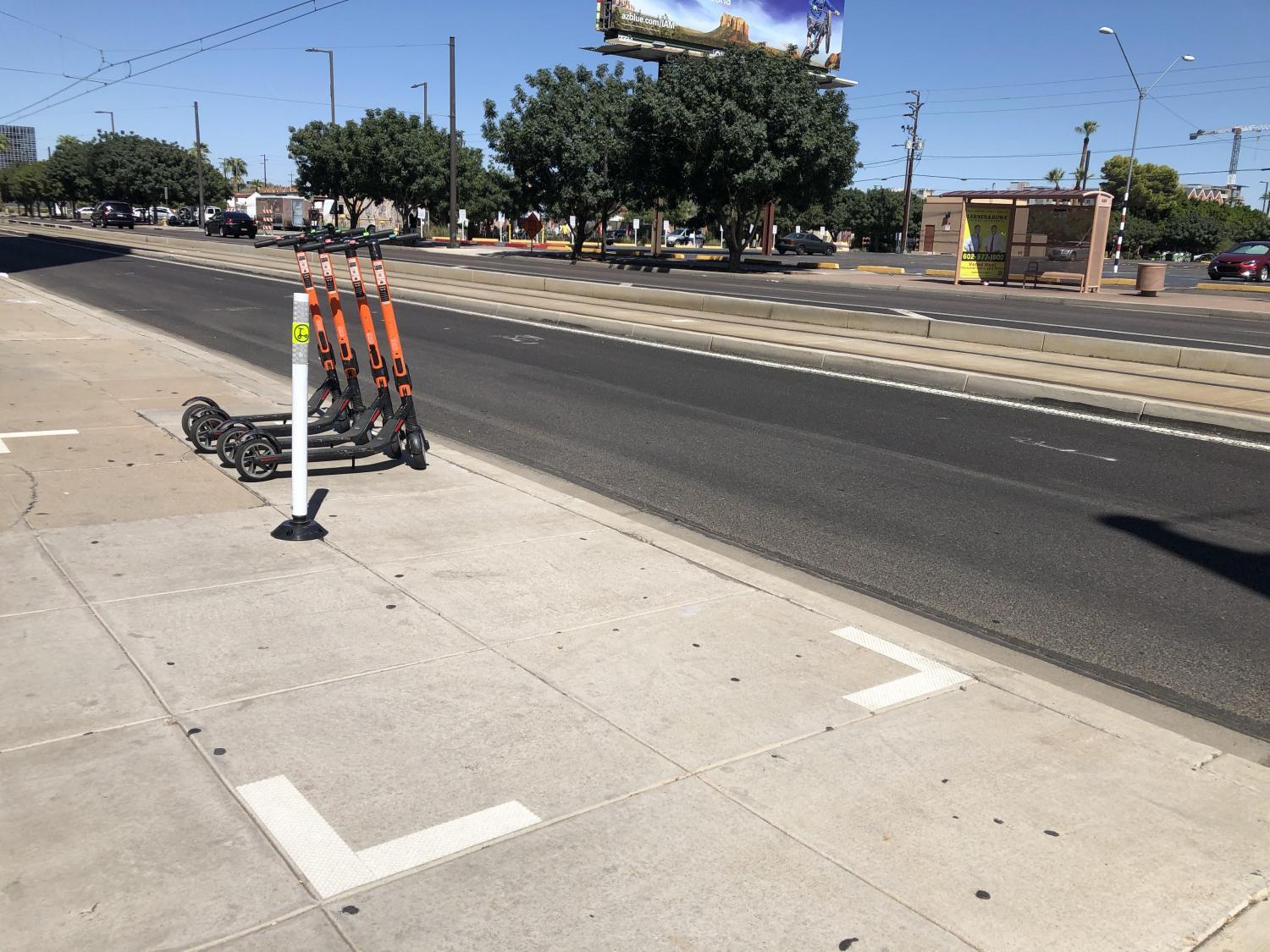 Scott Bourque/KJZZ
One of 400 electric scooter corrals in downtown Phoenix on Sept. 21, 2019.

Three days after the city of Phoenix began allowing electric scooters to operate downtown as part of a six-month pilot program, two of the three vendors have removed all of their scooters. As of Saturday afternoon, all Bird and Lime scooters have been collected from the streets.

The move stemmed from the scooters being parked outside of specific corrals.

Ashley Patton, a public information officer with the city of Phoenix, said city employees and some residents noticed that Bird and Lime scooters were not ending up in the corrals.

According to a city website, one of the requirements for scooter companies is to “Create and demonstrate a customized app with geo-fencing technology to meet the requirements of the Phoenix Pilot Program including its boundaries, no ride zones and parking requirements.” 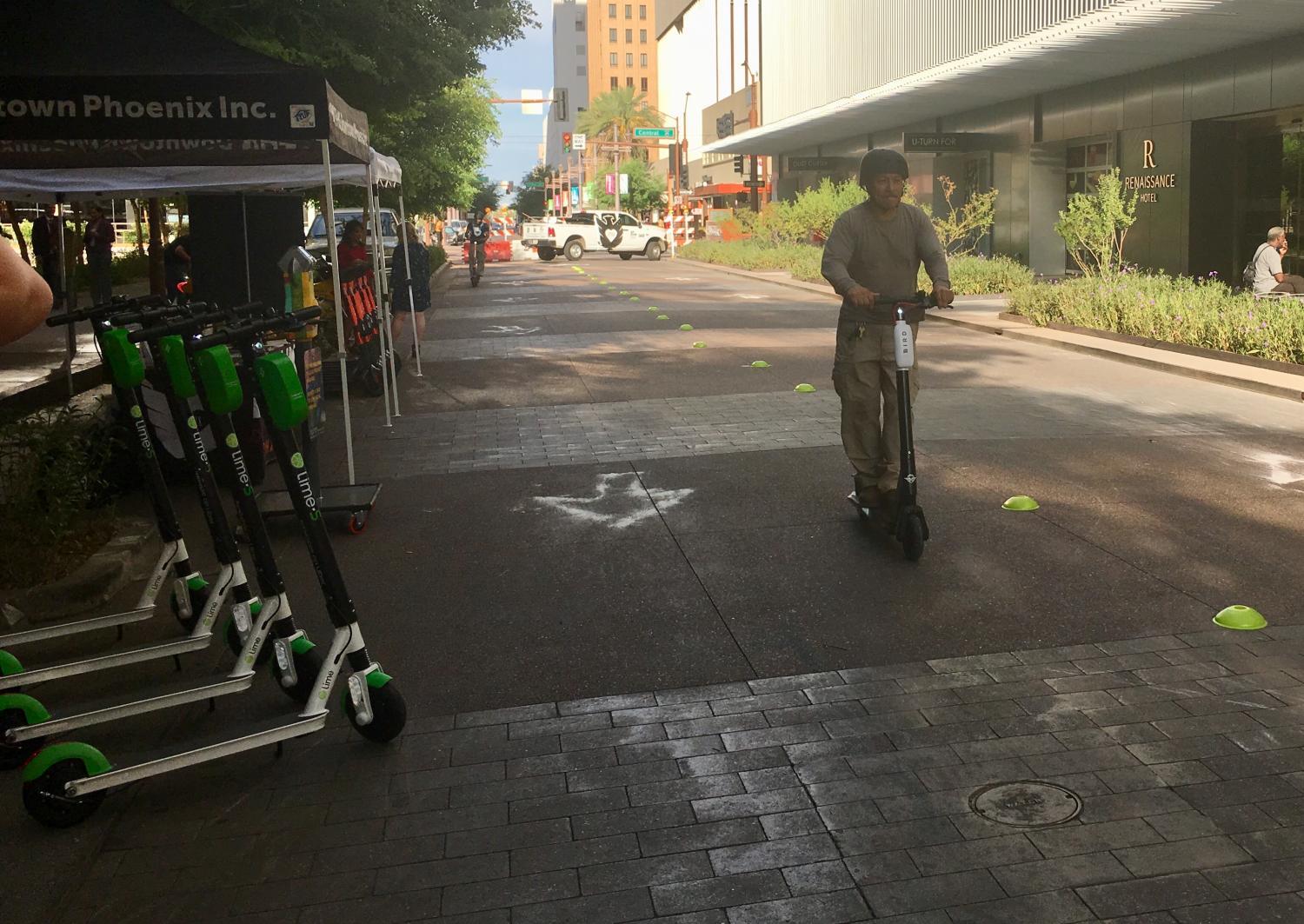 Christina Estes/KJZZ
A man rides a scooter in downtown Phoenix on Sept. 16, 2019.

All three scooter companies, including the firm Spin, demonstrated before the program launch that they did have the technical capability to enforce the parking restriction, Patton said.

There are several restricted areas of downtown, including the Superior Court complex and Chase Field. The city of Phoenix is also the first city to require all e-scooters to park in one of 400 parking-space sized scooter corrals.

According to a representative from Lime, speaking on the condition of anonymity, the scooters were taken off the streets to update their GPS and improve their geofencing abilities. He said the problem stemmed in part from a miscommunication with the city.

The Lime spokesman said the GPS on the scooters wasn’t accurately marking their location, making the geofencing technology ineffective.

“We appreciate Phoenix for being forward thinking about micromobility and have been in close communication with the city while we make minor updates to our software to ensure we are creating a safe and responsible environment for riders and non-riders alike," the spokesman said in a statement.

He said scooters could return to the streets in the next few days.

Patton, with the city, said Phoenix expected glitches as the pilot program rolled out. She stressed that no permits have been suspended.

Scooters owned by Spin are still in use. 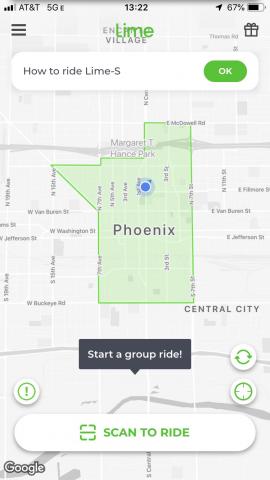