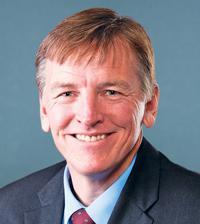 Two Arizona representatives have weighed in on the whistleblower allegations about President Donald Trump regarding an illegal promise to a foreign leader.

The whistleblower alleged Trump made an illegal “promise” to a foreign leader, likely the president of Ukraine.

Rep. Paul Gosar, a Republican, says the allegations shouldn’t be taken at face value and should be investigated further.

“I want to make sure we see the documentation,” he said. “Because what ends up happening, there’s been many whistleblowers coming forward in this administration, and they have no foundation.”

Gosar says the whistleblower’s allegations are a partisan attack.

“Someone is innocent until they’re proven guilty,” Gosar said. “It’s sad that we see, you know, a lack of allegiance to this country and to the office of the president.”

Rep. Ruben Gallego, a Democrat, believes the attempts to discredit the whistleblower are bad for democracy.

“We don’t want them to feel intimidated and we don’t want coverups to happen, because it tends to be detrimental to the general public and general good when you do that,” he said. “The reason we have whistleblower protection is to protect both the person giving the information as well as the general public.”

The Inspector General for the Intelligence Community reviewed the whistleblower allegations and deemed them “urgent and credible.”