U.S. Recycling 18 Months Later: Who Is Paying The Bill?

It was June 2018 when Arizona felt the initial blow of a recycling system breaking down. It came shortly after a March 2018 announcement from China of its "National Sword" policy, a strict regulation on imports of solid wastes and raw materials. The policy bans various plastic and paper recyclables.

Flagstaff, a city known for its environmental focus, became the first city in the state to stop recycling some items. Since then, Page, Casa Grande, Surprise and Sierra Vista have either reduced or stopped programs altogether — as have several dozen cities across the United States.

Recycling has become a national crisis and 18 months later, local governments are still on their own to navigate through it.

"Compostable cups can be a mixed thing because they can make you feel good about it. ‘Oh, I can use this cup, and I can throw it away because it’s compostable.’ Well, it isn’t actually compostable unless it’s composted," said Lainie Giovale with the environmental group the Azulita Project at the Flagstaff farmers market a few days after the city’s recycling ban was announced.

"The reality is there is a huge, huge plastic issue in China and in India, so it makes sense that they need to focus on their own situation and that we need to take responsibility here in the United States for our own situation and how much plastic, how much waste we are generating," she said.

It’s a lot of waste. And it keeps growing. In 2015, the last EPA data released, only 2.5% of plastic waste was recycled and processed inside the U.S. The remainder was either exported to China for processing or landfilled. 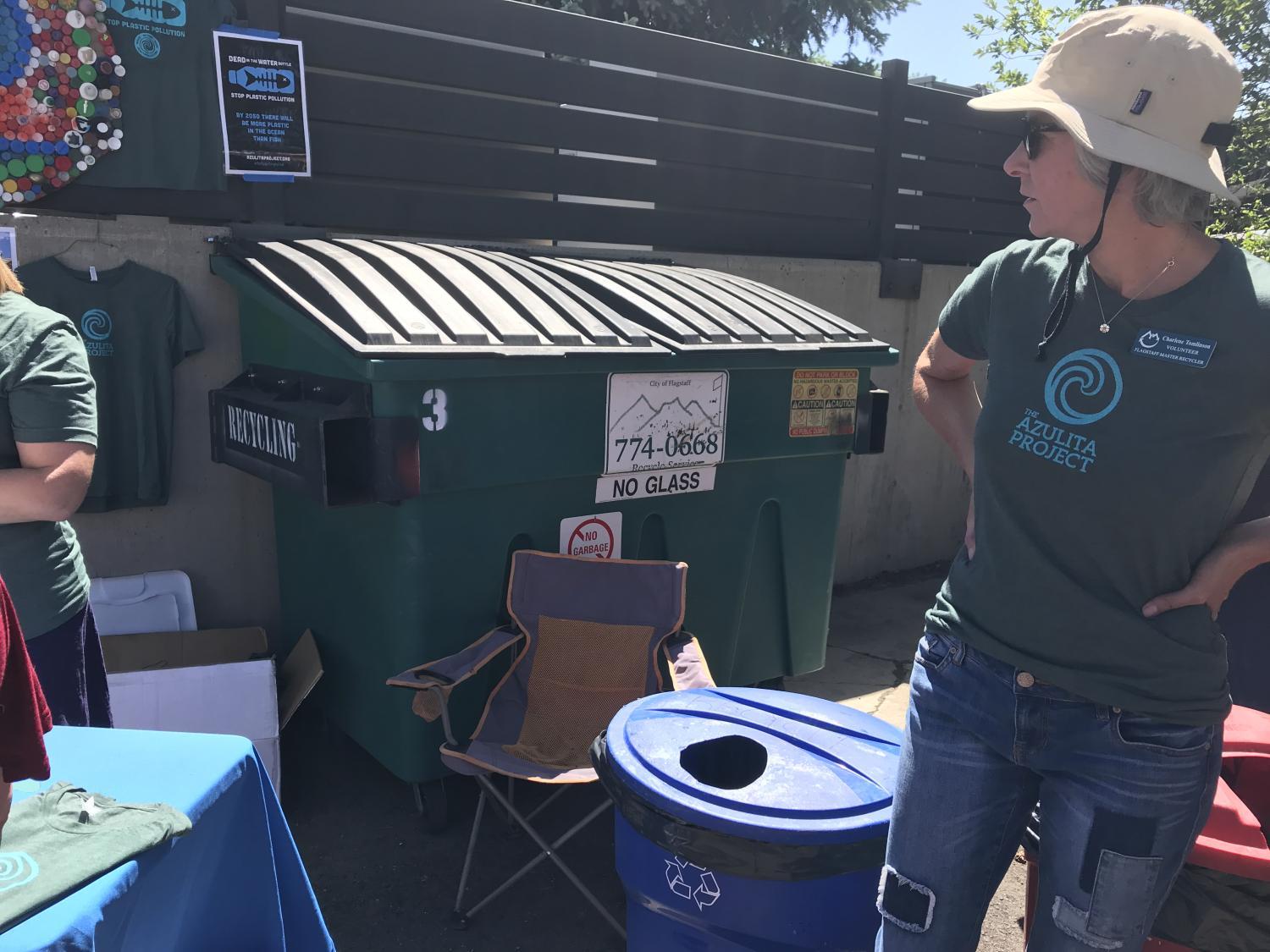 Groups like Giovale's are trying to change that. And so are city and county managers.

“The state has a role, local jurisdictions have a role. And then private industry has a role as well," said Lance Klug with CalRecycle, California’s Department of Recycling.

Klug says despite California’s environmental focus, the state did not process much recycling domestically either. California sent about one-third of its recycled products to China prior to 2018.

“Through the '90s and into the 2000s we had a market for all of those materials — China. They were paying higher prices than domestic recyclers or remanufacturers would even pay. There was a cycle and that worked for a while," said Klug.

And then it didn’t.

Just like Arizona, California is stuck. But as the nation’s largest exporter of recycled products to China, Klug says the dilemma is figuring out how each individual city can manage on its own.

“There is no statewide standard, there is no nationwide standard on what is recyclable, what is not recyclable, because what’s recyclable all depends on what your local jurisdiction. Your local hauler has markets for a certain type of material," said Joe Giudice, assistant public works director for the city of Phoenix. 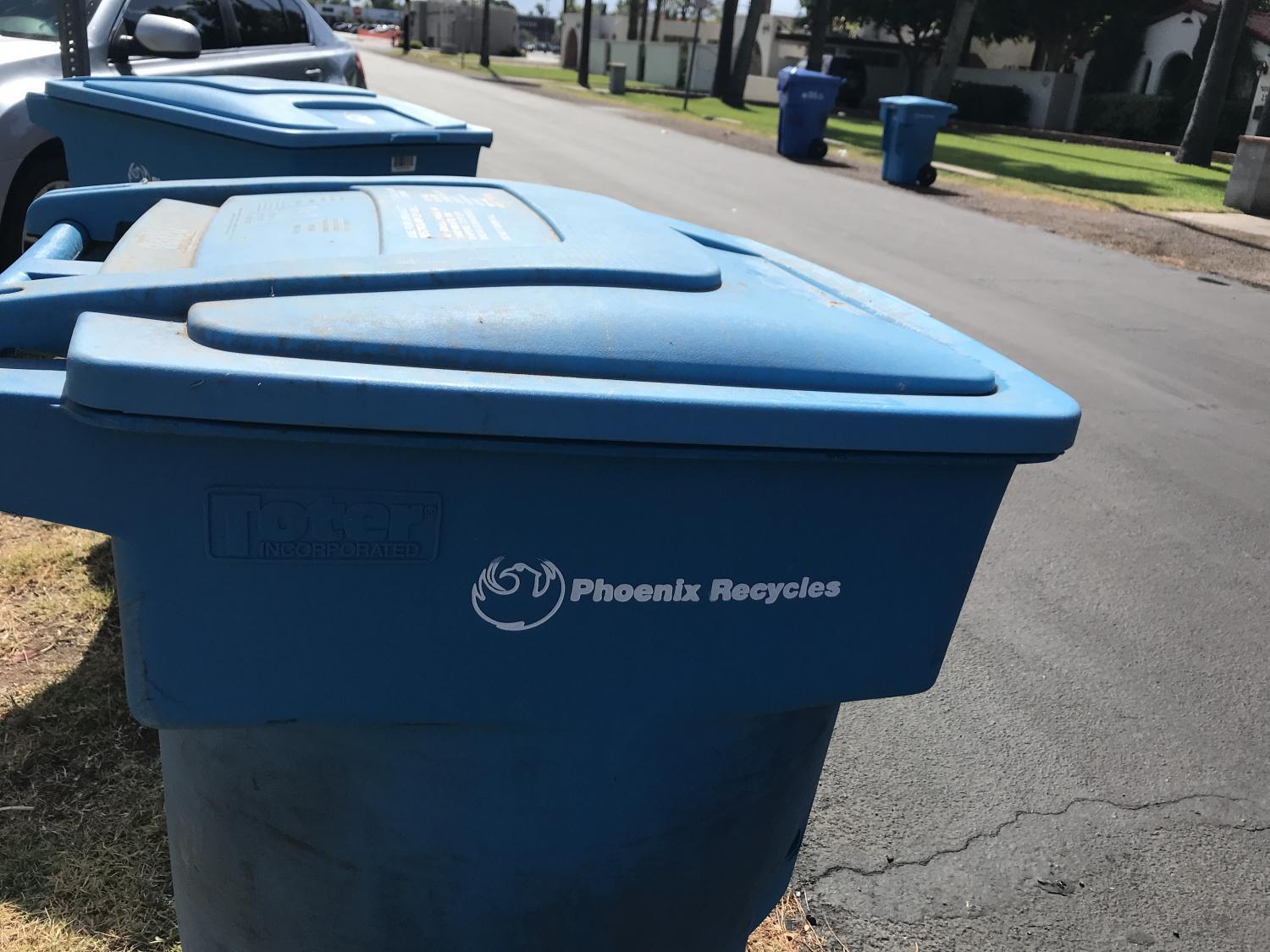 "Different states have different programs. So in California, there are a lot of state grant programs, etc. Arizona from a state program perspective doesn’t have a lot. The cities are typically the ones bearing that in Arizona," he said.

Cities and counties are the ones bearing the cost burden in Arizona. Giudice says Arizona has efforts underway to secure state funding and even federal funding, but there are no programs like that today. In fact, there are no state or federal policies on recycling either.

And that’s the problem.

In the late 1980s, landfill capacity was a big issue nationwide. Cities and counties started demanding action to deal with the problem and curbside recycling was born. And the public-private partnership between waste companies and cities or counties were formed — the way it works today.

Republic Services has grown to be the second-largest waste company in the country under this arrangement. 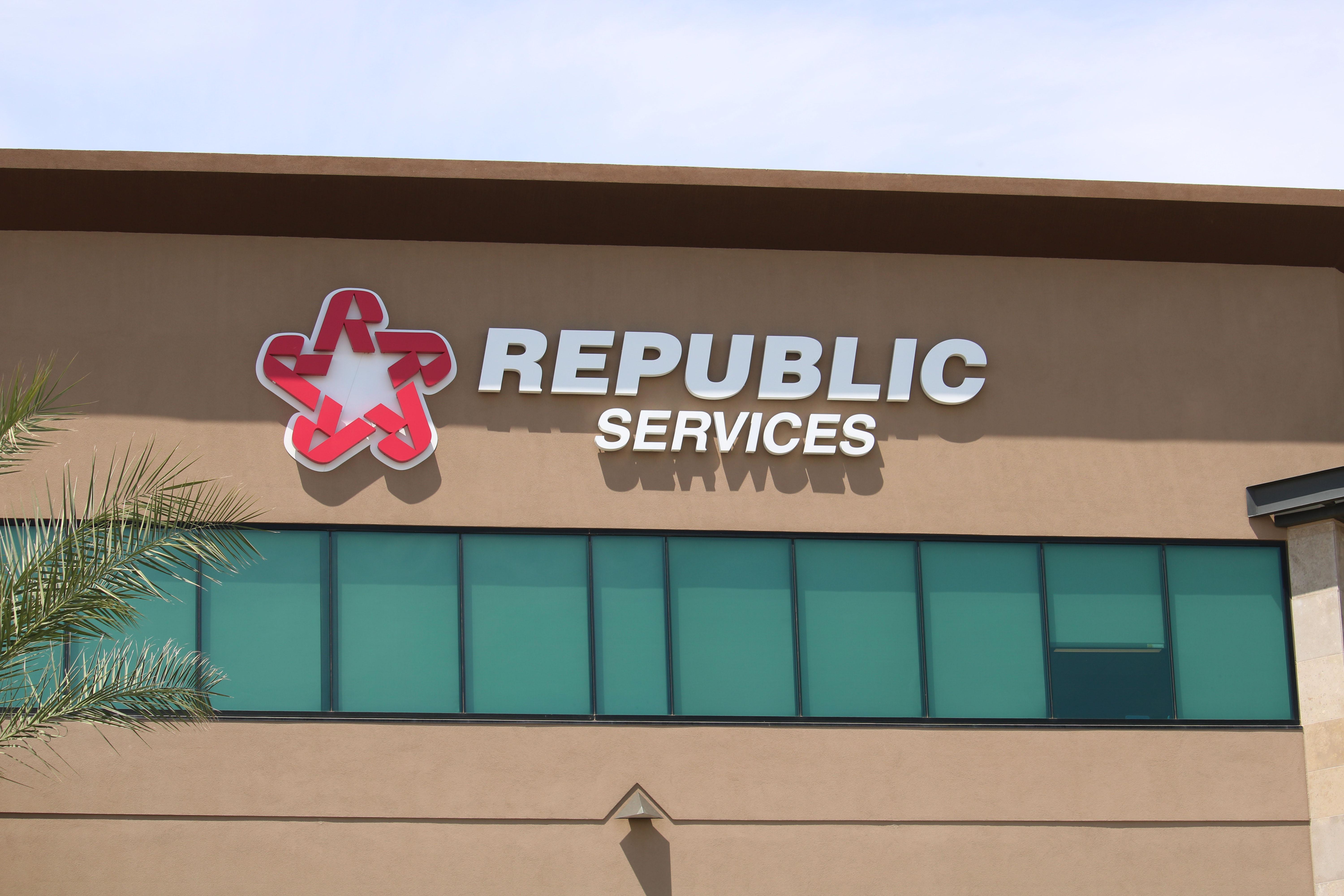 Because of the recycling crisis, the company has made dramatic changes — stopping services in some U.S. cities and raising rates in others. The recycling industry is now breaking apart over cost burdens.

Recycling makes up only 3% of Republic’s overall business. While that portion of the business has dropped dramatically post China crisis, the overall company has continued to report profits. 2018 net income was $1 billion, up by 21% from the year before.

Cities and counties are now stuck. The public part of the public-private partnership must now pay more to provide the same service.

"Cities and residents eventually at some point will have to address the fact that the revenue that was generated from the sale of recyclables that the costs of processing recyclables have changed, or at least in today’s market, and those additional costs have to be paid for," said Giudice.

So far, the money needed to prop up the public-private partnership has not come from the private side of the partnership and the public side, any state or federal money, is still not here for Arizona.

“So the city of Phoenix decided to upgrade their facility to make sure that they can make more money sorting that material so that it can sustain itself long-term and doesn’t become a cost to the city. And so we invested $3 million in that recycling facility," said Bridget Croke of Closed Loop Partners, a private equity fund, an outsourced form of bank financing. 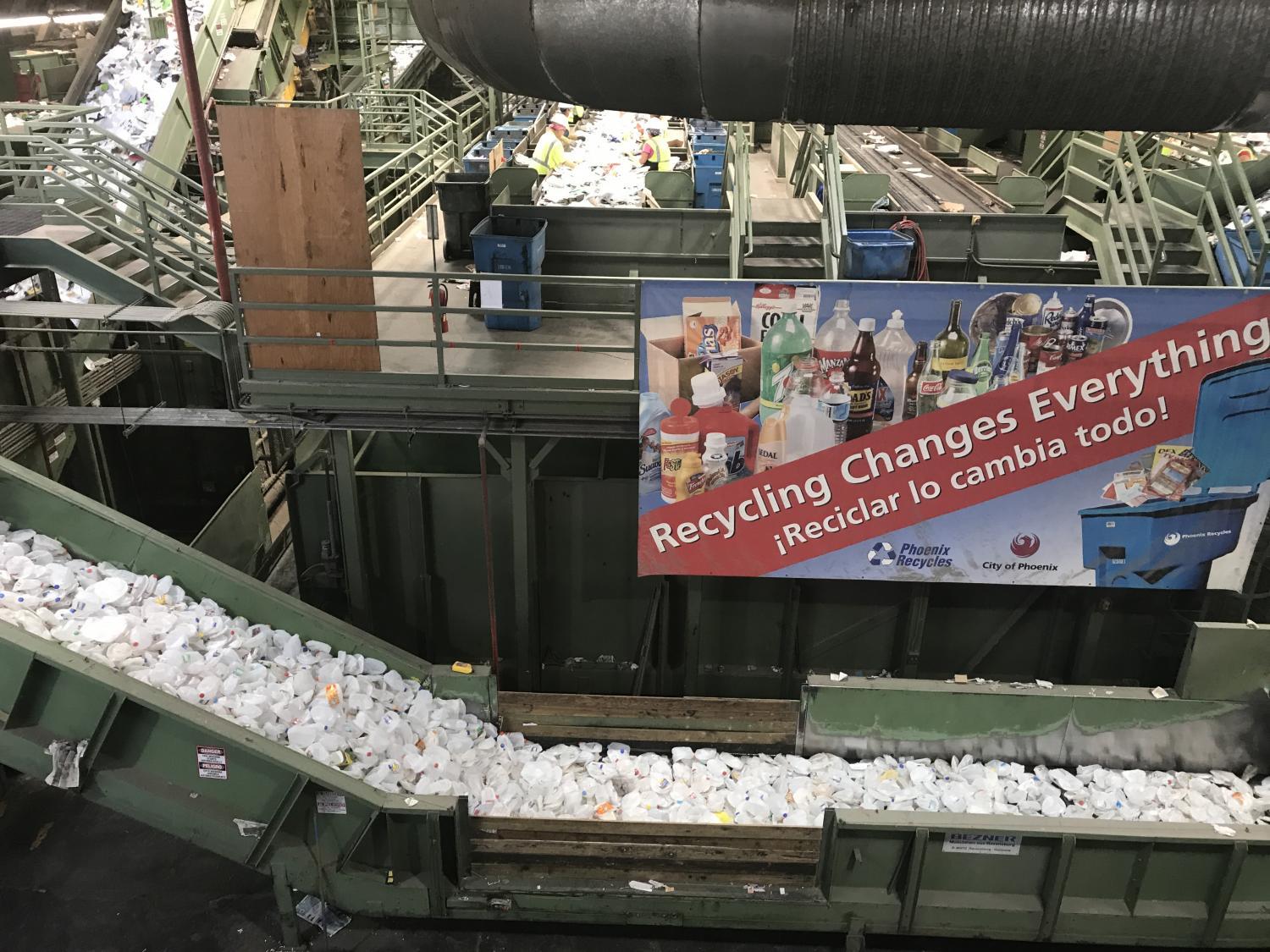 Heather van Blokland/KJZZ
Plastic containers are sorted at Phoenix recycling center, on the way to made into completed bales for remanufacturing.

Croke's investment fund focuses on waste and recycling. It now partners with the city of Phoenix.

Klug said California is making great progress in getting state funding passed. One bill passed in February mandates every beverage container sold have a minimum refund value. A second bill passed that requires manufactures of recyclable containers to prove those containers have a market to be resold to once used.

“Because essentially the long-term goal is to create a closed loop economy instead of relying on exports to manage our own materials. Think of the jobs you create, the greenhouse gasses and energy you don’t produce when you take the material that Phoenix is throwing away and creating opportunities in Phoenix to process that material there and remanufacture it,” Klug said.

Federal funding is still on the horizon according to industry insiders but it has been almost two years and local governments are still the primary solutions to what has become a national and increasingly international problem.