It takes hours to get a cast and crew together on set to shoot just one scene in a movie, which is one reason why the diverse team on the project, “Eyes Upon Waking,” worked long days this summer at an unused school in Tucson.

Fausto Olmos Renteria plays a medical technician in the film about suicide survivors required to spend time at a medical facility. But his main job was wardrobe supervisor, meaning he picked and organized the clothes for everyone in front of the camera. Olmos has been working in movies for nearly two decades.

“I really love acting,” he said. “Acting is natural to me.”

Matthew Casey/KJZZ
Fausto Olmos Rentería has been a Tucson-based actor for 17 years. His goal is to make $60,000 a year in film so he can quit his day job selling insurance.

Fueling this passion has always challenged the 43-year-old’s work ethic. To take care of his family, and chase his dream of one day playing a historical character in a feature-length film, Olmos has waited tables and driven a cab. Now he sells insurance.

“Unfortunately, everybody in the business here in Tucson has a day job,” he said.

Olmos’s goal is to make $60,000 a year working in front of a camera. He said that kind of salary “peanuts” for the film industry. Olmos doesn’t have an agent. But being part of a small group of local Latino actors gives him a bit of an advantage.

A recent study from the University of Southern California’s Annenberg Inclusion Initiative found that Latino actors like Olmos had just a tiny chance of getting a major role in a Hollywood blockbuster.

As an independent actor, Olmos works in 6-10 productions a year. He recently played a supporting role in a film that’s been selected for the Oaxaca FilmFest’s 10th edition in early October.

“In The (Dis)United States, I play a father that immigrated to Arizona. I’m a mechanic and I have a shop. We get raided by (Immigration and Customs Enforcement),” he said.

The short film was written and directed by Martin Gonzalez, who said it’s based on true events that took place in metro Phoenix in 2009 and 2013.

“The film kind of goes through the courtroom and how the son is pleading to the judge to keep one of the family members from being separated from their family,” Gonzalez said.

Gonzalez recently graduated from Arizona State University and will make his first ever trip to Mexico for the Oaxaca FilmFest. He praised Olmos’s professionalism.

“He was just such a great person to work with on set,” Gonzalez said.

Olmos has been in movies that cost millions of dollars. He’s also done films with no budget at all. He did commercials, television shows, and even internet live-streams. Roles have varied among characters like police detective, luchador and gang-banger.

“I’m not going to be the Tom Cruise of Hollywood, and I understand that. But I could be the Danny Trejo of Tucson,” he said. 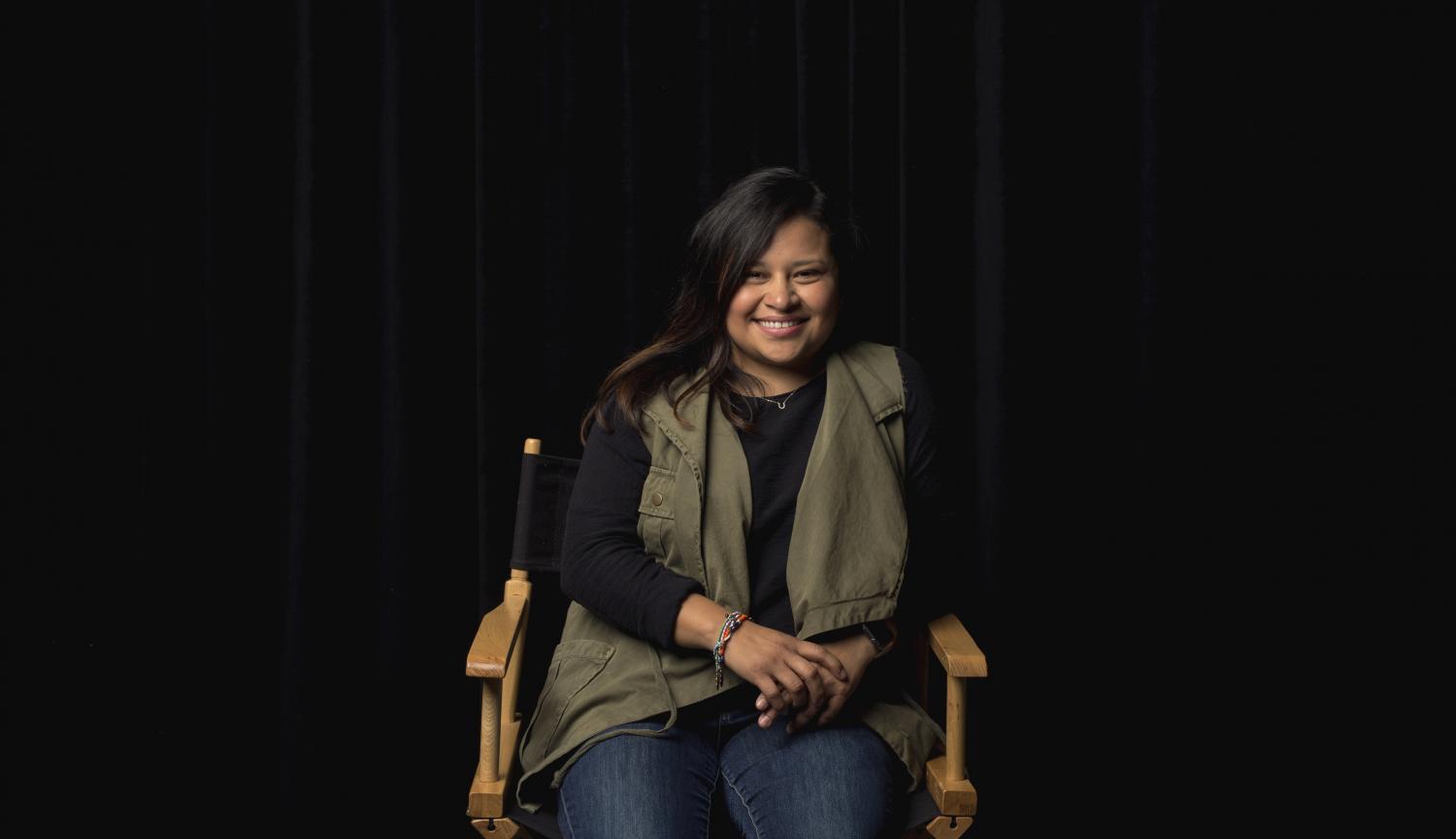 Pita Juarez
Pita Juarez is a Latina filmmaker based in Phoenix.

“I was a little angry (about the results of the study) at first. And then, it really just motivates me. It gives me, how we’d say in Spanish, it gives me more ganas,” said Pita Juarez, a Latina filmmaker based in Phoenix.

Juarez started out in journalism, which let her explore different mediums and types of storytelling. She’s found success with documentaries.

“I really like to direct, write, produce and really take ownership of a story,” she said.

Juarez wants to build a culture of filmmaking and creativity in Arizona, and open up the industry to people of color, especially women. To that end, she and her film partner Matty Steinkamp, also a Phoenix-based filmmaker, started the production company Mango Skies, and Juarez helped organize Phoenix’s independent film festival. 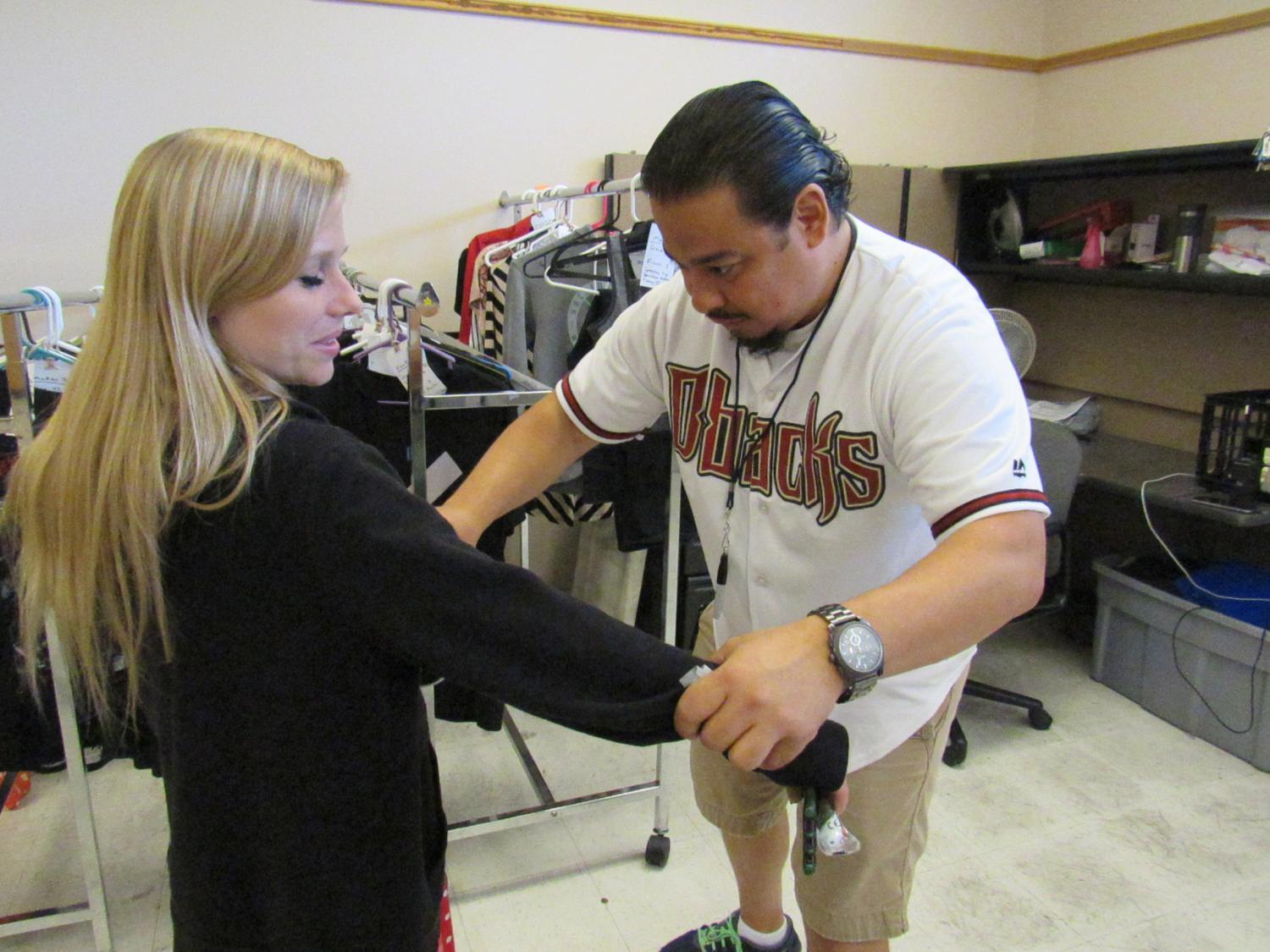 At the unused school in Tucson, Olmos hustled to get a fellow actor from wardrobe back to the movie set to shoot the last scene of the day.

Most of Olmos’ acting work comes through the internet and word of mouth. Near-constant rejection is a part of the deal. But being fully bilingual helps him get roles in Mexican movies shot in the Sonoran Desert.

“They pay just like Hollywood pays. So those are really good, nice gigs,” he said.

Five of the last six Academy Award-winners for best director have been Latinos. And Olmos said Latinos who’ve done well in Tinseltown often got their start in Mexico. He insisted on putting a positive spin on the study about the lack of Latinos in popular movies.

“The little representation that we have has been good stuff. Oscar-winning stuff. So the potential is there,” he said.

Making $60,000 a year and becoming a full-time actor does not hinge on Olmos moving his family to Los Angeles. He’s actually looking east toward New Mexico, where Netflix and NBC Universal are making big investments.

Vanessa Erazo is the Film and TV Editor at Remezcla. She told The Show there’s an important semantic distinction that needs to be made when looking at who’s making and starring in movies.

EDITOR'S NOTE: The story has been updated to clarify the founding of the Mango Skies production company.