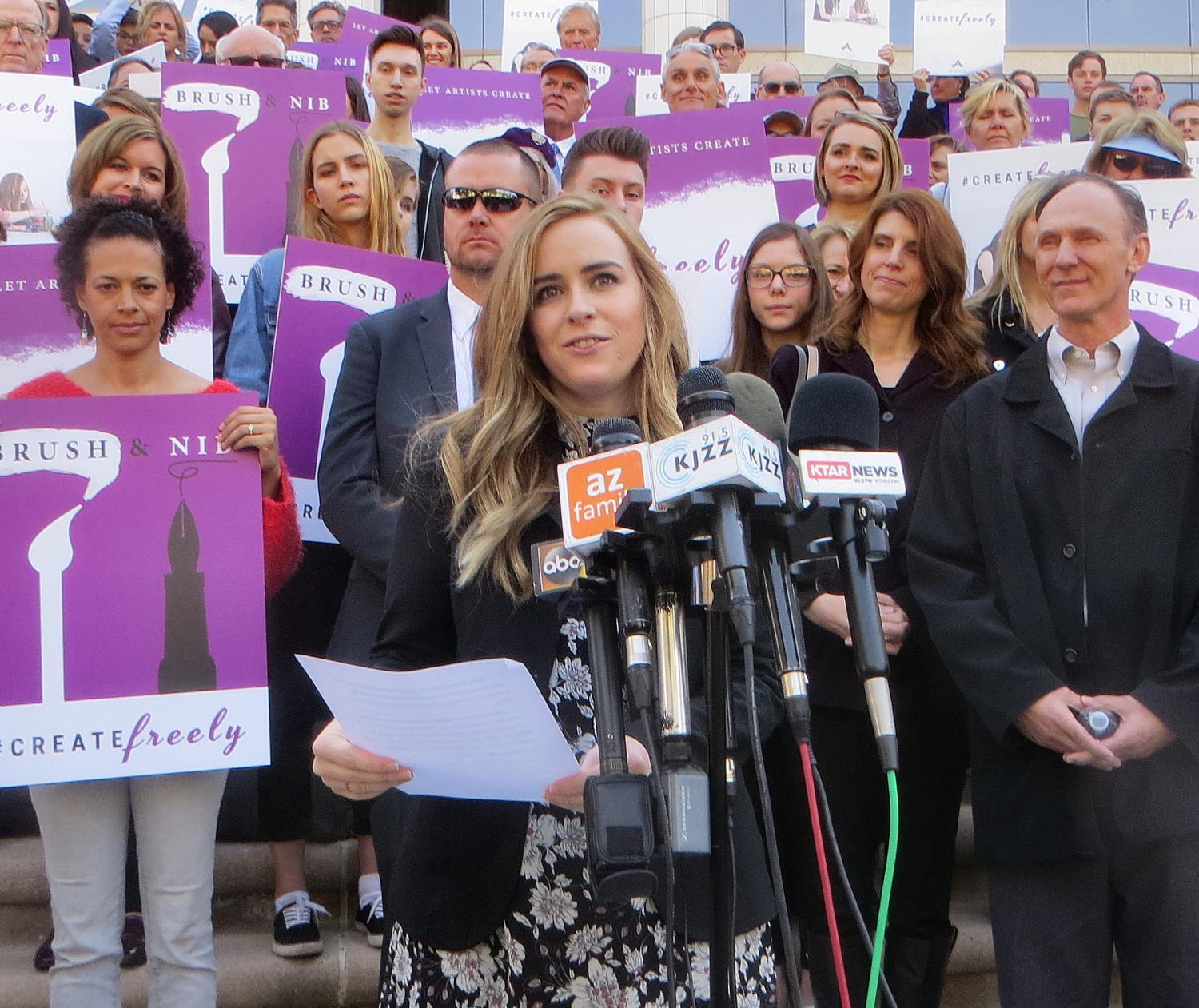 Howard Fischer/Capitol Media Services
Breanna Koski, one of the owners of Brush & Nib Studio, explains after a January Supreme Court hearing why she and her partner believe they have a legal right to refuse to produce wedding invitations for same-sex couples.

The Arizona State Supreme Court handed a narrow victory to Scottsdale business, Brush & Nib Studios, after they filed a lawsuit in 2016 claiming a Phoenix ordinance violated their creative and religious freedom.

In a divided ruling, the majority concluded that the owners of Brush & Nib Studios have a constitutional right to refuse to produce wedding invitations for same-sex couples. Justice Andrew Gould, writing for the majority, said the sincerely held religious beliefs of the two women who own the firm protects them from having to produce something that runs contrary to those beliefs. 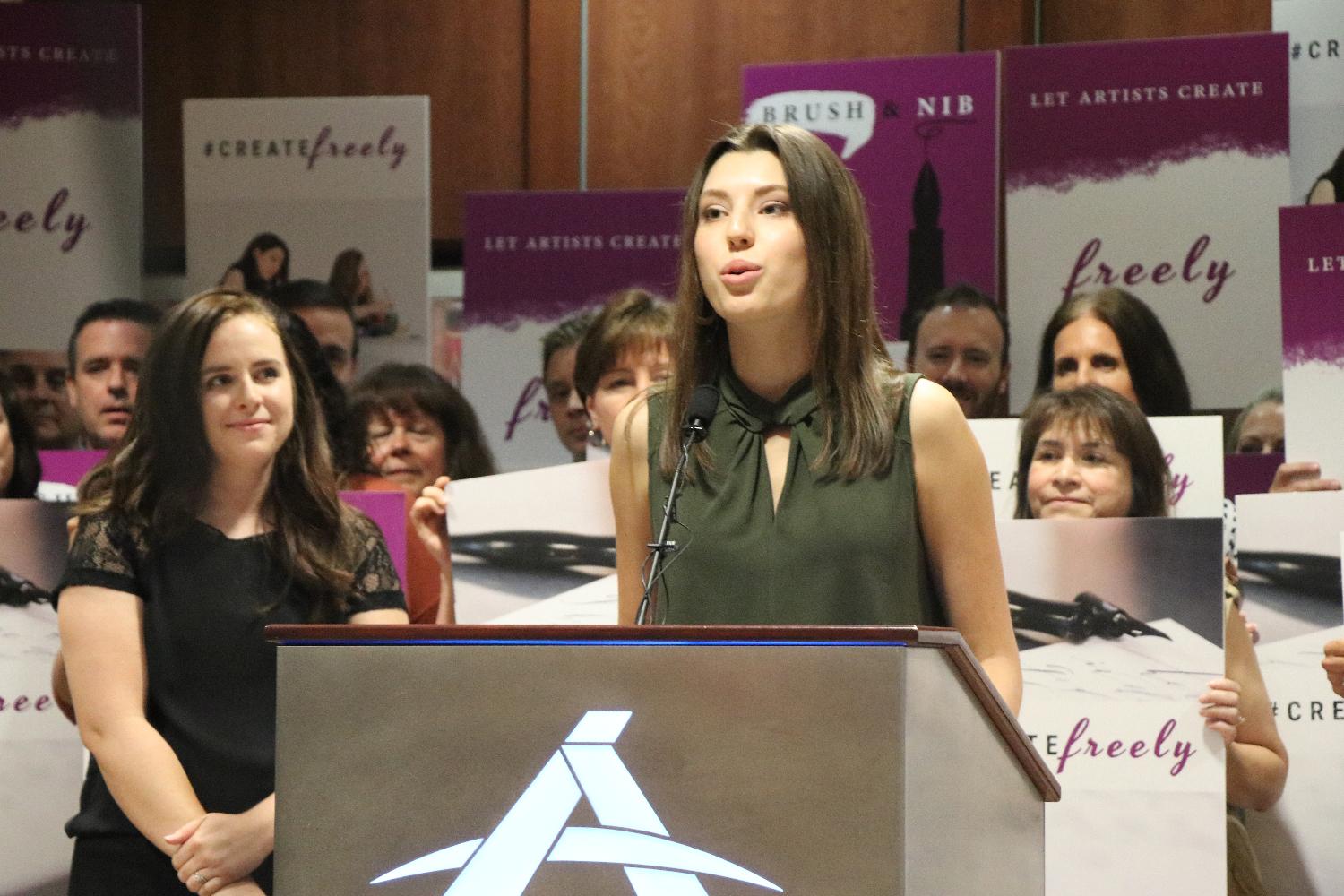 But in the carefully worded decision, the justices refused to give blanket protection to all businesses — including Brush & Nib — to simply turn away customers because of their sexual orientation. Gould said it leaves open the question of whether the two women could be forced to produce other products, like place cards for receptions, which do not specifically celebrate the marriage.

And it leaves in legal limbo the ability of Phoenix and other cities to enforce their ordinances that make it illegal to discriminate based on sexual orientation.

Co-owner Joanna Duca, however, called it a victory for artists.

“Everyone should be free to peacefully live and work according to their beliefs without fear of unjust punishment,” she said.

"Our [federal and state] constitutions and laws do not entitle a business to discriminate among customers based on its owners' disapproval of certain groups, even if that disapproval is based on sincerely held religious beliefs," she wrote for herself and Judge Christopher Staring.

Gould and the majority, however, saw the issue through a different lens.

"The rights of free speech and free exercise [of religion], so precious to this nation since its founding, are not limited to soft murmurings behind the doors of as person's home or church, or private conversations with like-minded friends and family," he wrote.

"These guarantee protect the right of every American to express their beliefs in public," Gould continued. "This includes the right to create and sell words, paintings, and art that express as person's sincere religious beliefs."