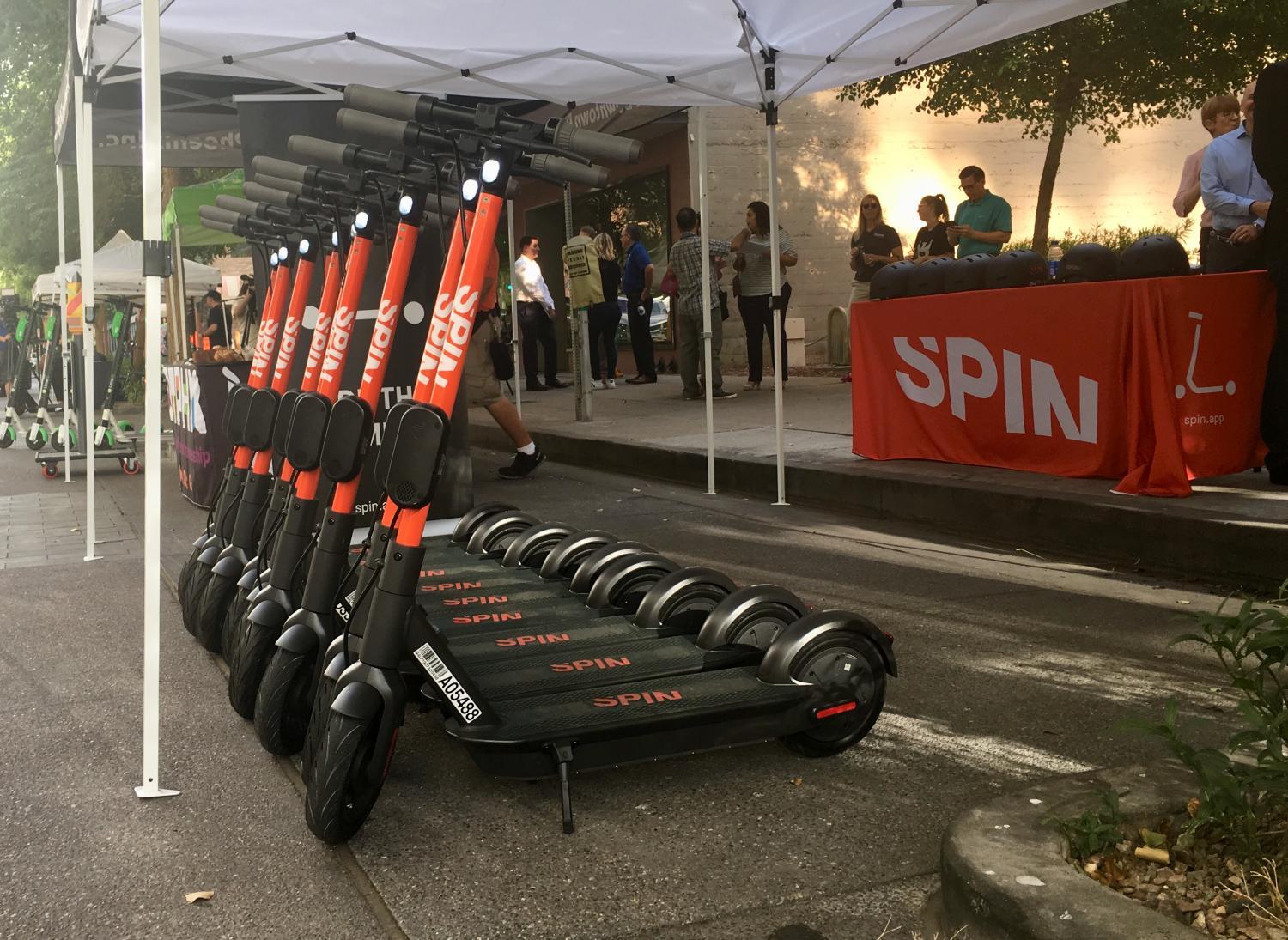 Christina Estes/KJZZ
Spin is the only remaining vendor taking part in the pilot program that launched on Sept. 16, 2019.

Just like bicycles, scooters have bells and users are encouraged to wear helmets as they ride on the streets. Three companies — Lime, Bird and Spin — are taking part in the test program.

Katie Stevens, senior director of government relations for Lime, said, “The sweet spot is really between a half mile to over two miles. So that’s when it’s too short of a distance to want to hop into a ride share or their personal car and too far to walk.”

Companies charge a dollar to unlock a scooter and a set price per minute. A smartphone app is required for most users and others may qualify for discounts based on income. Each company sets its own prices for general use and specific programs for low-income users.

“We anticipate it costs about $2.20, maybe a little more, to go a mile,” Stevens said. “It’s a dollar to unlock and 29 cents a minute so really for that mile distance it’s really affordable.”

That would be traveling about 15 miles per hour, the maximum speed for scooters in the program. Stevens said Lime scooters have been used 600,000 times in Scottsdale, Tempe, Mesa and Gilbert.

Scooter companies have had rocky relationships across the Valley. Earlier this year, Lime removed its scooters from Tempe after the city implemented new regulations. Arizona State University has banned electric scooters from its campuses. Last year, Scottsdale sent Bird a cease and desist letter but the two sides have since reached an agreement.

Phoenix hopes to avoid some issues by laying out rules for its program, which ends March 15, 2020. The rules include:

E-scooters cannot be used on sidewalks and must stay between Seventh Avenue and Seventh Street from McDowell to Buckeye roads. Scooters must also be parked to designated areas or companies will face fines.

​There are over 400 designated parking areas within the program boundary, defined by white posts with reflective yellow scooter icons.