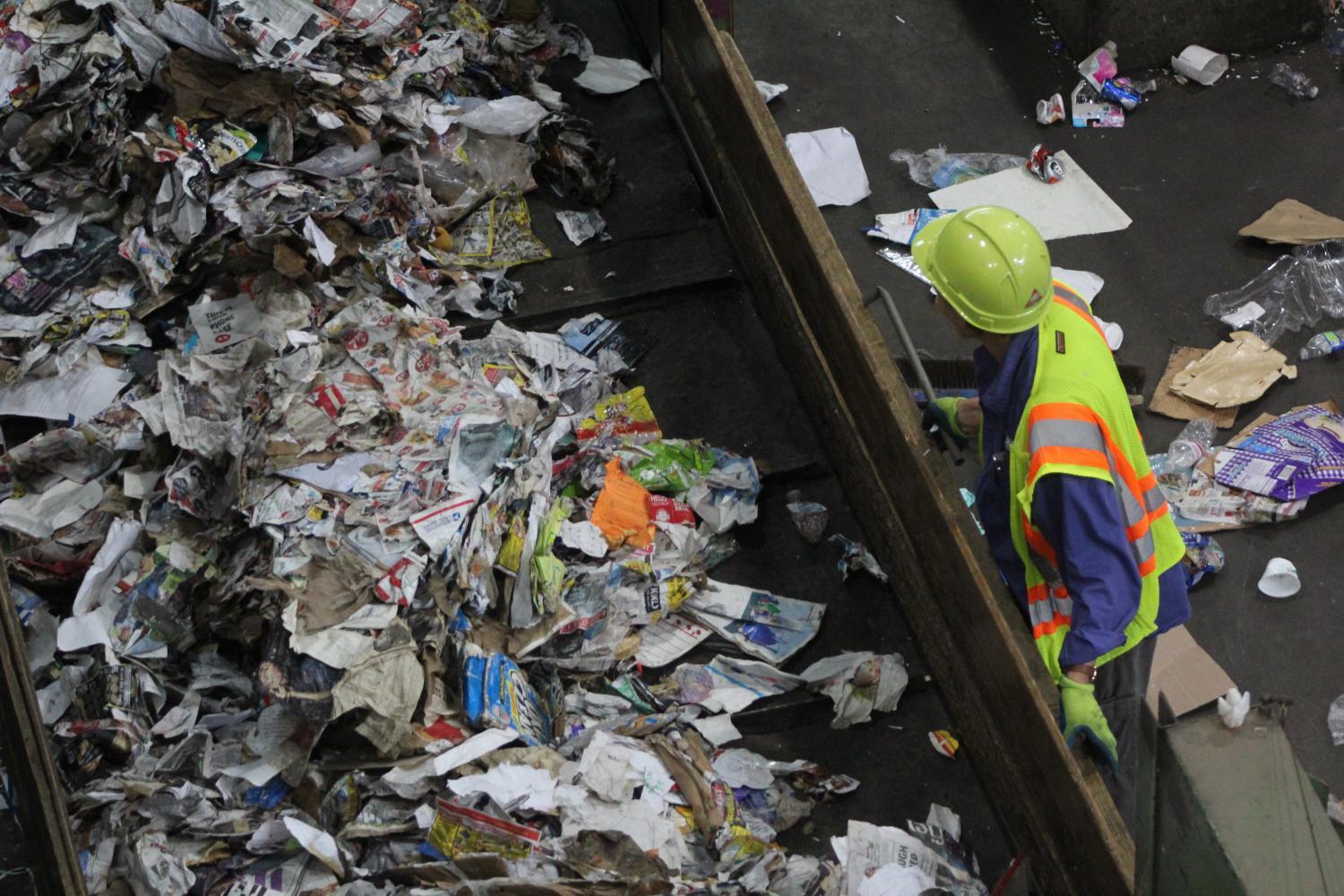 Bridget Dowd/KJZZ
A worker pulls contaminants off the line.

Republic Services has begun rejecting collected recyclables it now classifies as contaminated. In some cases, the items can get processed, but for a higher price. Now, Camden County, New Jersey — the birthplace of U.S. recycling — has filed suit against the company.

Contamination occurs because recycling is collected in a single stream, meaning paper and plastics all go in the same bin. Items with food residue or wrapping on them are considered contaminated. In some cases, items can still be recycled but it costs more to clean them up enough to fit the cleanliness standard required by China to be processable.

The lawsuit was filed in late August against ReCommunity, a subsidiary of Republic Services. The suit also requested a temporary injunction and reimbursement for recycling and attorneys fees.

“And ultimately have discussions about how to make these programs more durable, more predictable, to make sure that when cities or states or counties have comprehensive plans around recycling programs and sustainability programs, that they are actually going to be sustainable,” Keller said.

In 2017, Republic acquired ReCommunity, the largest independent recycling processor in the U.S. That purchase included 26 recycling centers in 14 states.