Sonoran Arcana: The Latest In The Journey To Find Arizona's Cuisine — Ancient Wild Foods Of The Desert

STEVEN GOLDSTEIN: And now it's time for the next edition of Sonoran Arcana, our monthly dive into the margins of Arizona food.

LAUREN GILGER: And this month's Sonoran Arcana is a little different. Phoenix New Times' food critic Chris Malloy is serving us his ultimate guide to the ancient and wild foods of the Sonoran Desert. It's sort of an amalgamation of all of the native Arizona foods we've been talking about this year in this series. 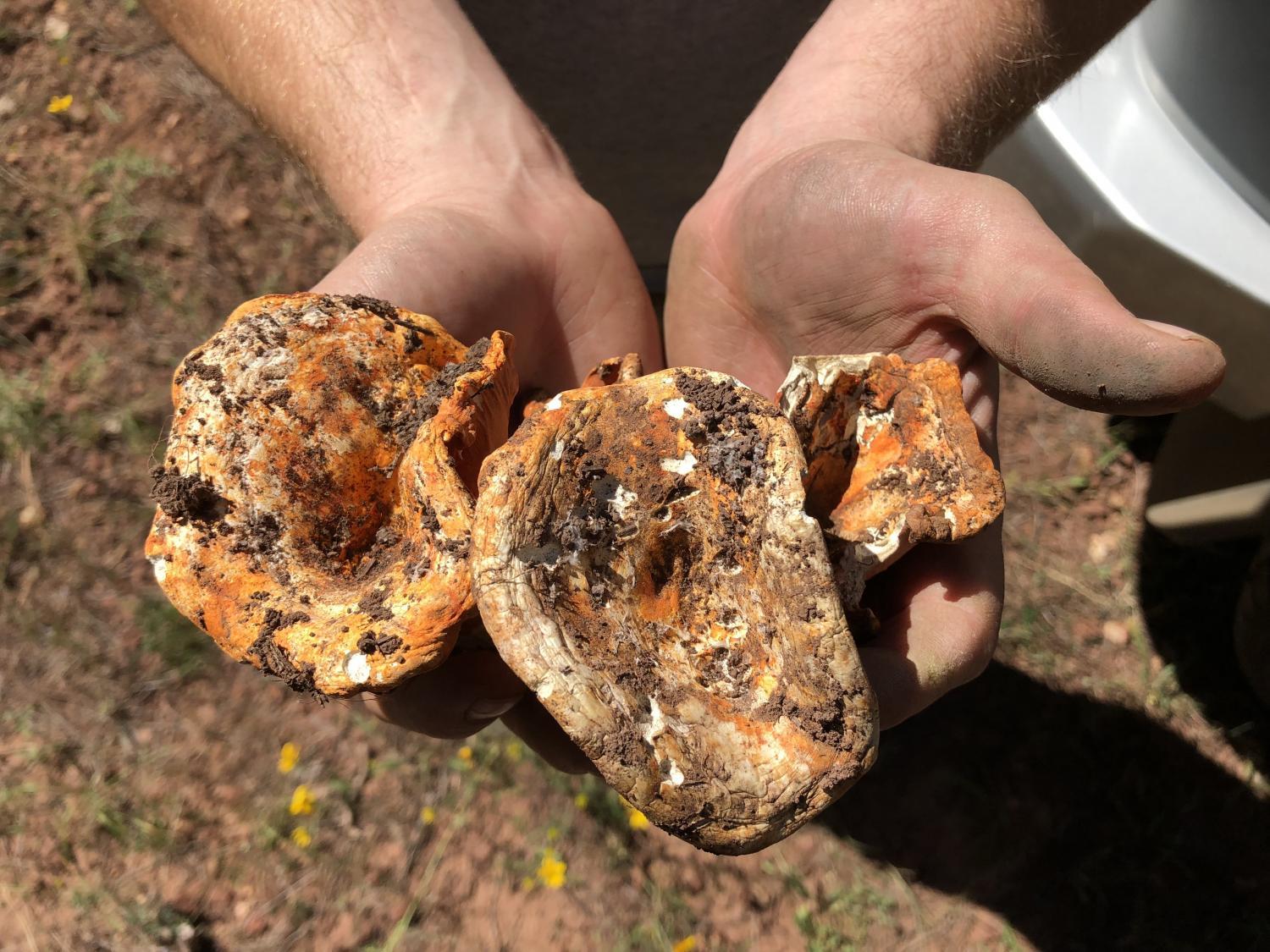 Chris Malloy
lobster mushrooms.
CHRIS MALLOY: We live in a robust desert as I've discussed before. It has more than 250 species of edible plants, more than a thousand by some counts, and yeah, this is a guide to some of the major ones. It's not a comprehensive guide — it's more of a gateway into understanding some of these amazing desert ingredients like mesquite and chiltepin and some of the things you may see on menus but not fully understand.

GILGER: Yeah, okay. So we'll have you walk us through some of your favorites from this ingredient guide. But I want to start with you, sitting on a farm in Italy. Tell us about this.

MALLOY: Okay, this is going way back. I spent a summer of my life working on farms in Italy. I just, kind of, pruning in vineyards and harvesting artichokes and doing interesting things like that. The first farm I worked on was just south of Bologna. It was an agritourism run by a former fashion executive who was based in Milan. And he got tired of this corporate life and just started this place for people to stay on the land and grew grapes and we readied the vineyard, we hoed tomato fields, we harvested strawberries. It was an interesting time. But one day after work, we were sitting in the kitchen and he was cooking dinner. It was a Matriciana pasta. And we were just sitting around talking about places we wanted to travel to, and for me, they were all pretty remote places like New Zealand and Hawaii, Southeast Asia. And after I talked about all these places, Federico, the farmer, said more than anything he wanted to travel to the American Southwest. And for me, being from the Northeast, I was kind of dumbfounded by that. I didn't quite understand. But now that I've lived here and experienced it, I really get it. We live in an amazing part of the world, and people across the world recognize it as amazing. And I think that even within the Southwest, everything that I like about the Southwest and that I think makes it really stand out is almost intensified in the Sonoran Desert. The cacti, the heat, I feel like even the sunset, everything feels just so intense and concentrated and it's such an amazing, alive desert. And I think that people, like where I'm from the Northeast, perhaps don't fully know about it and embracing these ingredients and embracing this style of eating, which I think is only going to increase with the coming years, is a way of embracing this amazing biome that we live in.

GILGER: So why are these ingredients sort of on the margins, as you describe them? Less of these are in the mainstream, even in our culinary scene here.

MALLOY: There's a lot here, a lot to unpack. Well I guess we have to go back to pre-Columbian times. A lot of these ingredients that the Hohokam used, like mesquite and teparies, when Western civilization crossed the sea and first came over, new foods and ingredients and concepts were introduced and the indigenous ingredients and customs and foodways were marginalized. That's a process that has kind of continued to the present day. There are a lot of amazing Sonoran ingredients that were widely used in past centuries that we hardly even know about today. And a lot of people with knowledge of these ingredients are still marginalized and still kind of existing on the culinary fringes of society. And the actual fringes too.

GILGER: And, like you said, this isn't comprehensive, it's not everything but it's some of the ones that we've highlighted already in this column that we've talked to you about and we're going to talk about a few here now that we haven't talked about yet. Starting with corn, which seems really obvious but we actually haven't hit on.

MALLOY: Yeah corn. One of the staple ingredients of the pre-Colombian world, the Western Hemisphere, going back to ancient times, it's one of the three sisters, together with squash and beans, and there are hundreds and hundreds of kinds of corn. And we've been growing it in these parts for a long time, going back to the Hohokam and before. Yeah, and there's some really interesting kinds of corn being grown around here. I go back to Ramona farms. They grow four different heirloom varietals: a blue corn, a pink corn, a red corn and a Pima 60-day corn that, from planting to harvest, is ready in 60 days. And these kinds of corn  grown in our desert introduce completely different flavors than the kinds of yellow corn you get from your grocery store, which are bred more so for sweetness and visual appeal so that you grab that corn from the heap of corn and put it in your grocery cart and that kind of thing. 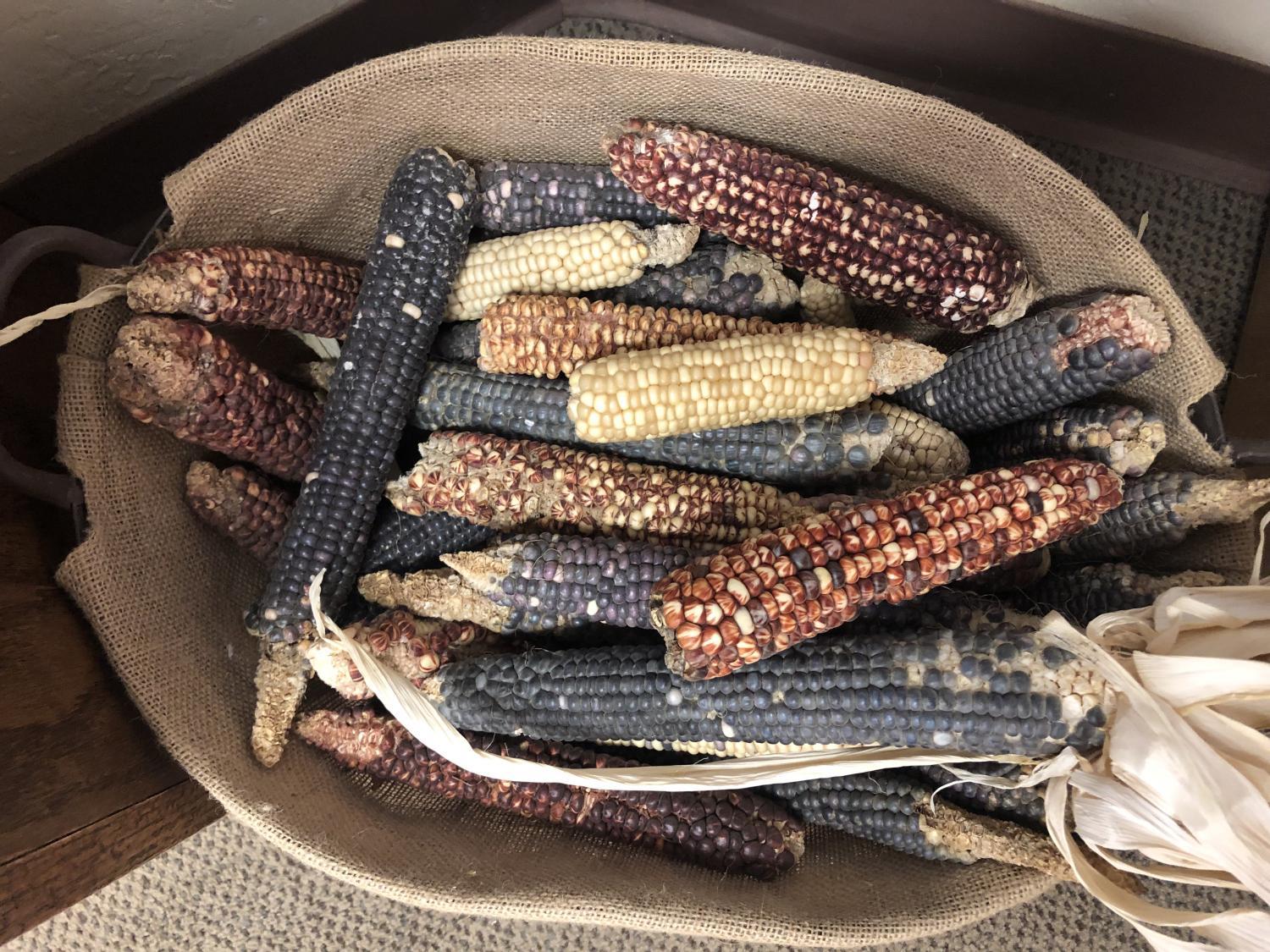 GILGER: Okay. Let's talk about mushrooms, which is not necessarily from the Sonoran Desert, but beyond and here in our region for sure. Tell us about what kinds of mushrooms you find here.

MALLOY: When the late summer hits and foragers aren't really going into the Sonoran quite as much, Mushrooms are plentiful in places like Flagstaff and Prescott, and the kinds of mushrooms you find up there, you find chanterelles, you find what are known as lobster mushrooms, you find tree mushrooms, you find some really interesting stuff and that makes its way down here even into restaurants that aren't doing the foraging themselves. And people are doing some great things with wild mushrooms. I talk about Sasha over at 24 Carrots who is foraging lobster mushrooms and turning them into a powder that she'll use in soup stocks and that kind of thing, and to flavor a cheesesteak. It's some really interesting stuff going on.

GILGER: A powder, a mushroom powder. And the mushroom and the harvesting of mushrooms also points to this idea that there are seasons to these things, you can gather some things sometimes a year and other things other times.

MALLOY: Yeah we live in this modern world of refrigeration and grocery stores and ice cubes. We didn't have that in the desert going back hundreds of years, and the seasons for some of these wild foods are very ephemeral. Even just a few days sometimes, like Saguaro fruit, that flashes into season for just a few days. Things vary. Things change with rain. The desert springs to life after rain. So you never quite know what you're going to get as you shuffle through the seasons because things are so dependent on rain and the desert is kind of this interesting master that we can't fully predict.

GILGER: Okay. And last ingredient we'll probably have time for is a really interesting one. Amaranth. This is actually a grain, right?

MALLOY: So amaranth is a grain, like corn, pretty widespread in the ancient Western Hemisphere. It is pretty widespread in this area today. If you walk around Old Town Scottsdale, you can see it growing on sidewalks. Its urban growth is prolific. You can eat both the leaves, which are quick to wilt, but can be used in salads and sauces and that kind of thing. Tamara over at Cotton and Copper is using the greens. She's also using the grains, which are kind of pinpoint and have a nice pop to them, little bit of a nuttiness. She's using them on just a roasted chicken with a little bit of an amaranth crust. And here's an example of a perfect food that's native to our desert that is under utilized and that has a lot of character, grows all around and is an amazing ingredient that we overlook.

GILGER: Okay so you've been talking about these ingredients and talking to the chefs that are using these for a year now almost in this column, and we've been talking to you about that. But as you put together this guide, this sort of final look at as many of these as you could put together, how do you think the culinary scene here would be different if these were not sort of on the margins?

MALLOY: I think it would be a much more interesting place to eat. I mean, it is an interesting place to eat, don't get me wrong. But we have more than 250 edible ingredients in our backyards and they could introduce some interesting textures, some flavors, some seasonality, not only in terms of embracing the desert and introducing new flavors but for the environmentalism as well. These are ingredients that we're not going out of our way to water, we're not spraying them with pesticides, we're not transporting them across the country in refrigerated trucks or planes. There's a lot to like about embracing the ingredients of the Sonoran Desert. And I think our food scene is going to slowly but surely get into these desert ingredients a little bit more in the coming years and it's going to be super exciting.