Retiring The Keys: Talking To Dementia Patients About When To Give Up Driving

Download mp3 (7.25 MB)
Coverage of aging is supported in part by AARP Arizona 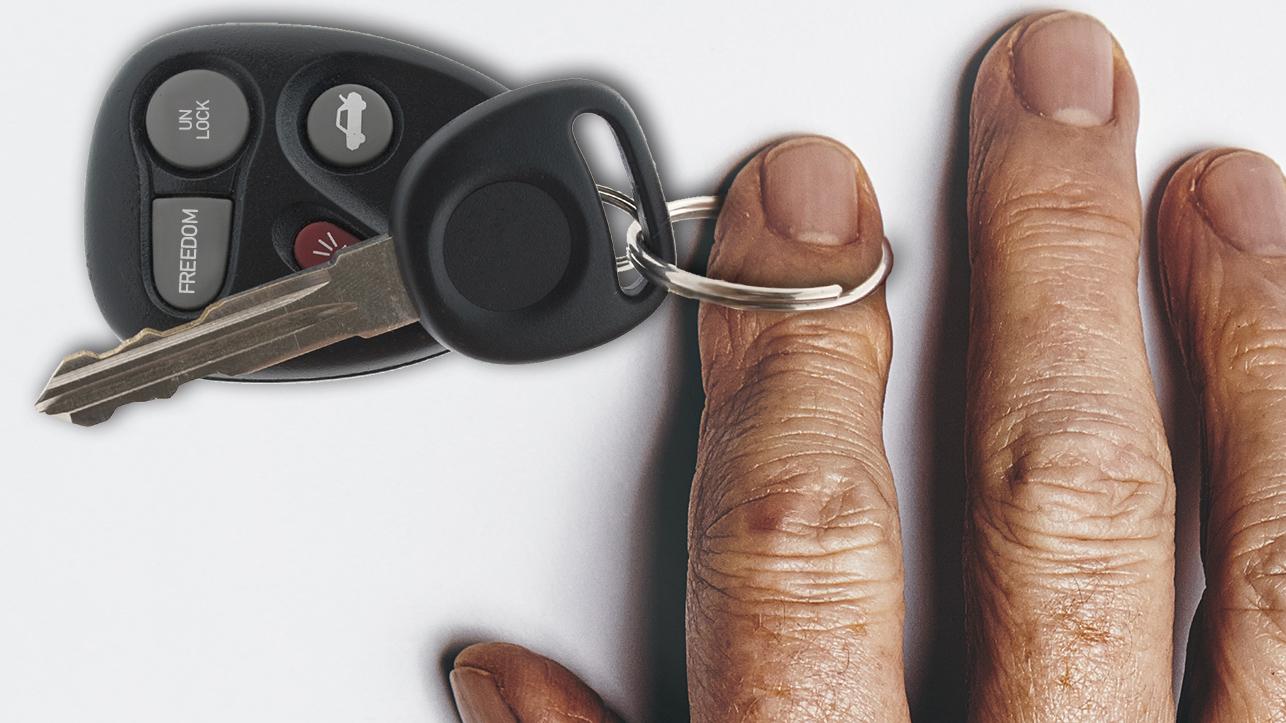 Sky Schaudt/KJZZ
For many Americans, driving is a rite of passage. It signals freedom and possibility.

For many Americans, driving is a rite of passage. It signals freedom and possibility. But driving eventually becomes routine. We rely on our vehicles to take us wherever we want, whenever we want. Until dementia strikes.

For many families, caring for someone with Alzheimer’s disease or another dementia means eventually taking away the car keys.

It happens, for most of us, when we turn 16. The long wait is finally over and we can drive — without parental supervision. And unless you live in a city with mass transit options like New York City, you’re going to drive — everywhere — and you’re going to be behind the wheel for the next 50, 60, 70 or more years.

"And with memory loss there often comes a lot of life transitions and losses and this is a significant one," said Lori Nisson, director of family and community services at the Banner Alzheimer’s Institute in Phoenix.

"... [O]ften the person with memory loss is not aware of their change in abilities, and so these conversations are really hard to have."
— Lori Nisson,Banner Alzheimer’s Institute

"And I think what’s unique is that often the person with memory loss is not aware of their change in abilities and so these conversations are really hard to have," she said.

And that's why Banner decided to talk about it.

Dr. Danielle Goldfarb is a neurologist and psychiatrist at the Banner Alzheimer’s Institute. She spoke at a meeting called, "When To Take the Keys, which was held at a Mesa library in July.

"Rather than talking about taking away the keys, we need to be talking about driving retirement," said Dr. Goldfarb. "Because driving is such a complicated task that requires so many cognitive and physical functions," most of us, she says, will have to give up our keys at some point. But no matter how you couch it — having that conversation can be really difficult for caregivers.

"People come from a loving place and they don’t want to hurt the person’s feelings, and, of course, don’t want to take away independence," she said.

Especially if you live in a place like Phoenix where public transportation my not be easily accessible. 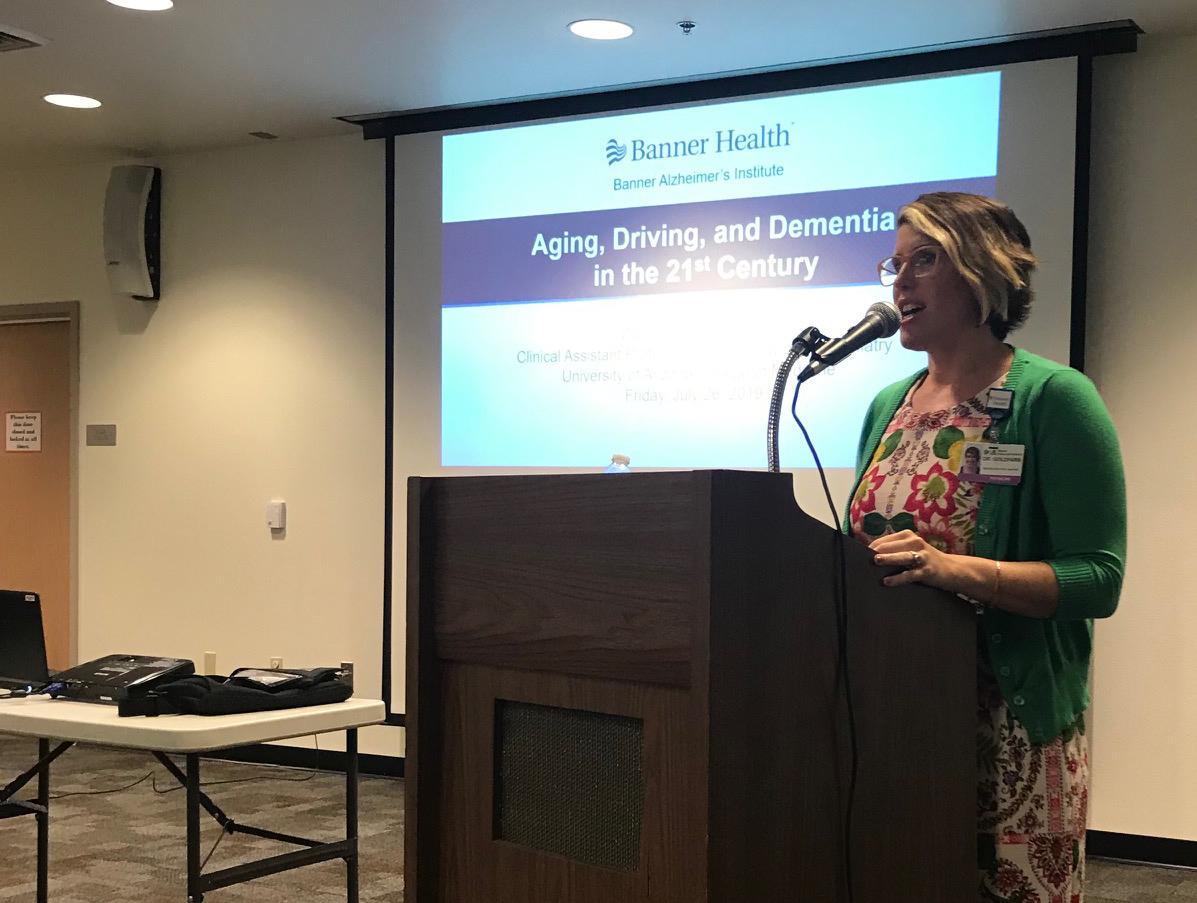 Kathy Ritchie/KJZZ
Dr. Danielle Goldfarb is a neurologist and psychiatrist at the Banner Alzheimer’s Institute. She says at some point, most of us will have to retire our car keys. She says it's important to have the conversation before something happens.

"When we ask our members what they’re concerned about, transportation always rises to the top," said Dana Marie Kennedy, state director of AARP Arizona.

Which is why, Kennedy says, her organization supports efforts to improve access to public transportation such as light rail, dial-a-ride and ride-sharing services.

"Because people are afraid of what’s going to happen when they have to lose their keys," she said.

Independence is one piece of the puzzle. Remember what Dr. Goldfarb said about not wanting to cause hurt feelings — that’s a very real concern for some families, including the Roat family.

Cheryl Roat’s husband, Ronald, is in the early stages of Alzheimer’s disease.

"I don’t want to have to be the one to tell him he can’t drive," she said.

Neither does their son, Benjamin.

"I just saw the thing on therapeutic fibbing," he said with a laugh. "Of coming up with reasons on why it’s maybe not the best scenario." 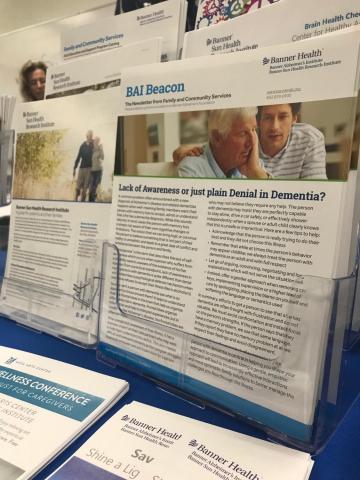 Kathy Ritchie/KJZZ
Banner Alzheimer's Institute hosting a conversation about when to take the keys at a Mesa library in July.

Like, "somebody else is picking up the grandkid," or “so and so’s schedule has changed." And this is where it gets tricky for some caregivers.

"He stays on the road and can stay within lines, and that type of thing," said Cheryl. "But sometimes he forgets kind of where places are."

And that’s scary for the Roats, which is why they came to the meeting, to try to figure out how to or who should talk to him. But this is also yet another devastating loss for families coping with what is often referred to as the long goodbye.

"My dad has always been, you know, he’s the rock, and part of our family. And he’s always been very independent, very competent," said Benjamin.

He was always very responsible. Both Cheryl and Benjamin say Ronald would never want to hurt his passengers or another driver.

Jenny Nordine was a panelist at the meeting. She’s also an occupational therapist and a certified driver rehabilitation specialist with the company, Driving to Independence.

"So, we do end up being sort of this neutral third party," Nordine said.

Say your dad isn’t interested in your opinion about his driving abilities. You bring him to someone like Nordine, who can assess his road skills, and make recommendations that he might actually listen to.

"And oftentimes they do," she said. "That doesn’t mean they like our decision any more than their adult children’s recommendation."

But, at least you won’t be the person they hold responsible for taking away their keys — which happens, further complicating an already difficult situation.

Since the meeting, the Roats have taken steps to keep Ronald off the road. Benjamin says his father agreed to donate his car. They’re also utilizing technology to help him maintain his independence. So, using apps like Uber and Lyft. And they plan to install a location service on his phone just in case he gets confused.

Benjamin says one big point that stood out for him from the meeting: if you take one thing away — you have to replace it with something else. 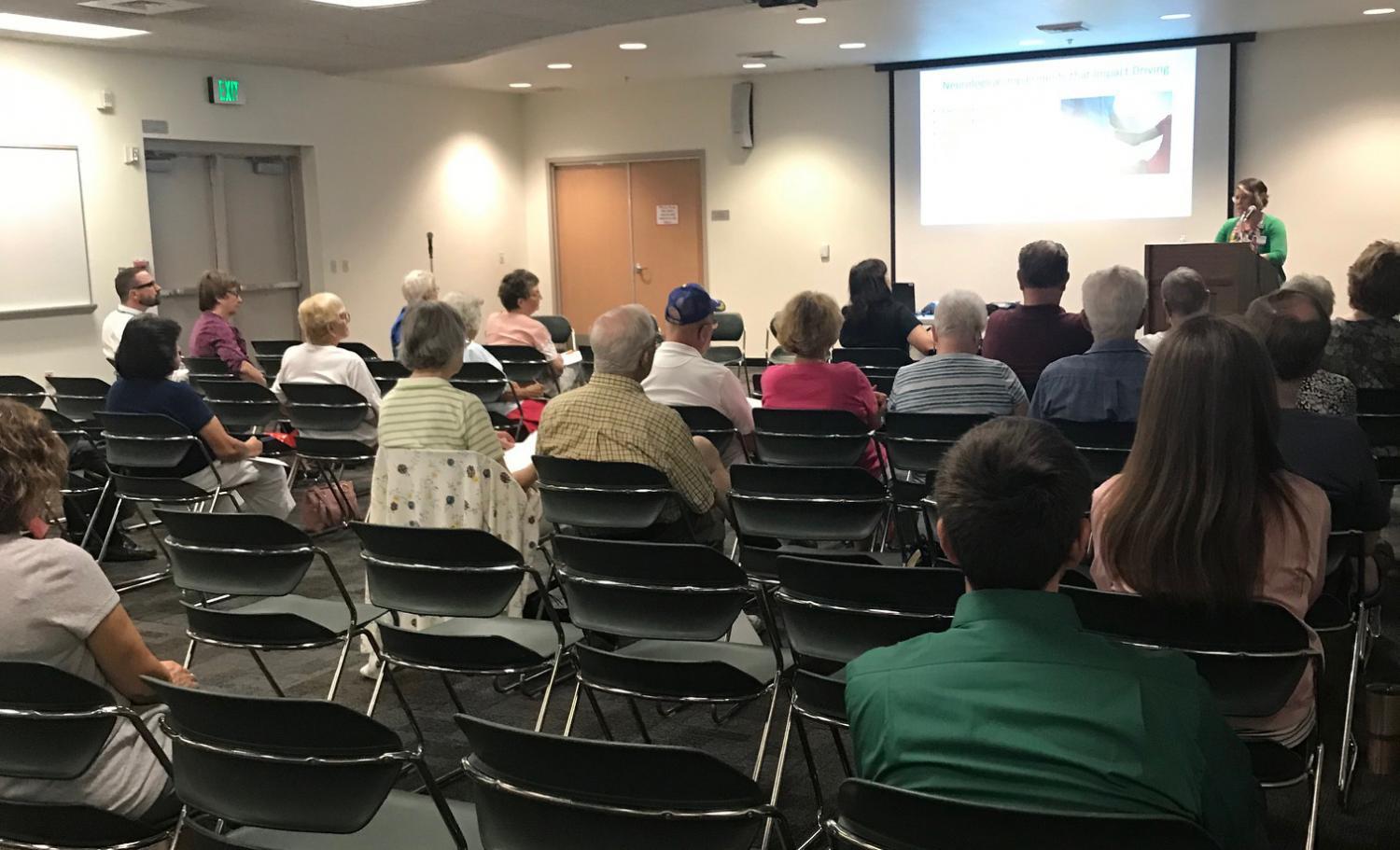 Kathy Ritchie/KJZZ
For many family caregivers, taking away the car keys can be a very painful decision.