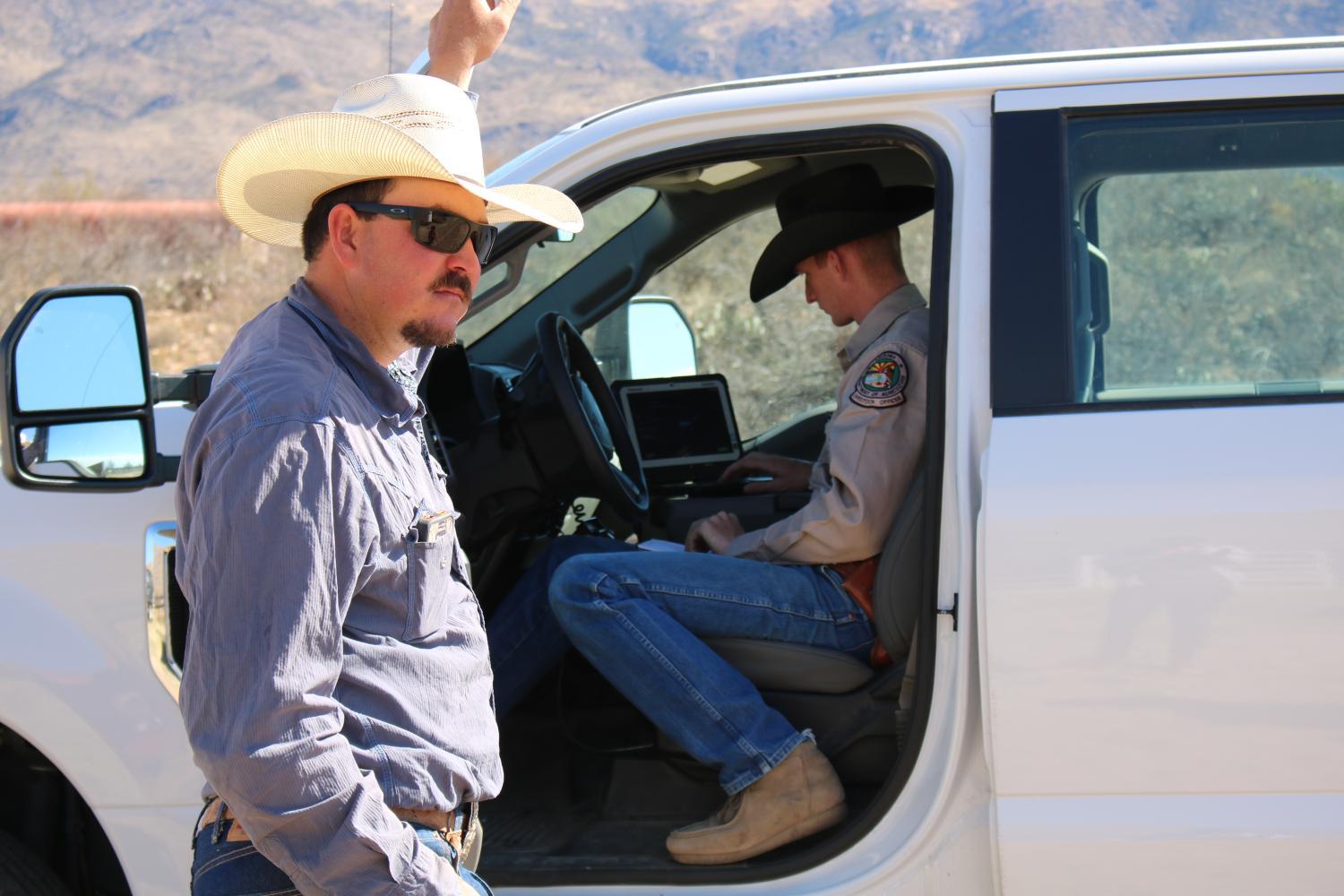 Casey Kuhn/KJZZ
Ty Sorrells (left) goes out into rough country to round up stray or feral cows wandering around while Livestock Officer Garrett Lacey takes a look at those found cows to make sure they weren't stolen.

The median age of a farmer in Arizona is somewhere between 55 and 64 years old.  This is a nationwide trend as farmers get older and fewer young people go into the profession. Three Millennial farmers are taking up the reins in the local agriculture industry.

In a rural part of Arizona on the way to Yarnell, two cowboys try to get a stubborn cow to get up and move out of a narrow wooden chute.

She’s lying down because she can’t turn around. She’s one of a dozen or so cows rounded up by Ty Sorrells.

Sorrells goes out into rough country on horseback to round up stray or feral cows wandering around.

Livestock Officer Garrett Lacey takes a look at these found near Lake Pleasant.

Those cows will be auctioned off by a ranch — so Lacey needs to inspect them before that — he writes down how many bulls and heifers are in the bunch.

“The auction requires us to make sure that Ty didn’t steal these cows," Lacey said. 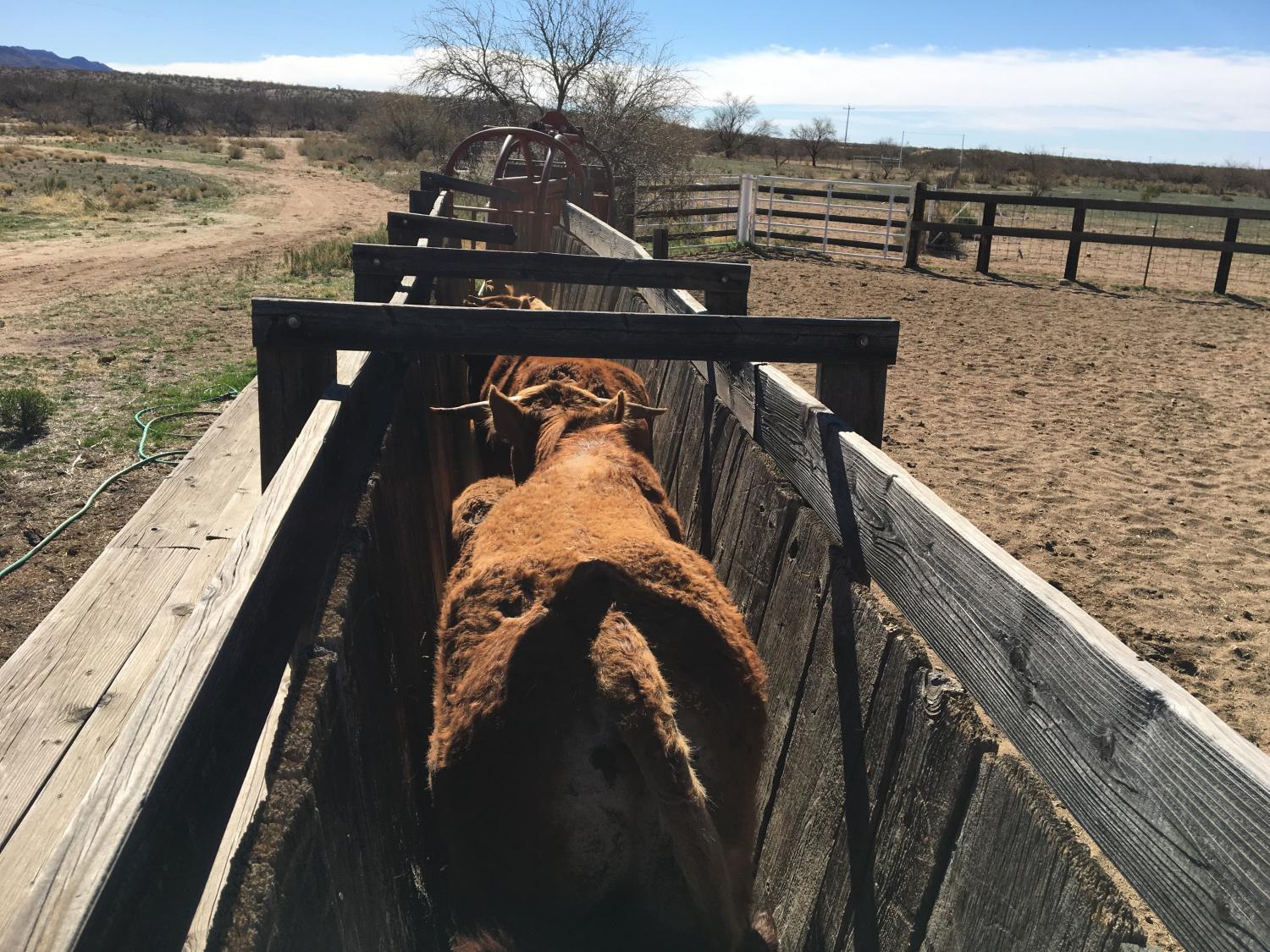 Casey Kuhn/KJZZ
This cow is one of a dozen or so cows rounded up by Ty Sorrells.
That’s where the livestock officer comes in. Lacey’s paperwork, that Sorrells signs on the officer’s iPad, is proof.

“At the sale barn they’re going to ask Ty for his paperwork so that paperwork is going to match the load that they’re coming in," Lacey said.

Lacey is in his early twenties, and one of the younger livestock officers in the Arizona Department of Agriculture.

His job is to inspect livestock before they’re slaughtered or moved around.

He travels hundreds of miles for his job — he listens to podcasts in his truck to pass the time.

To him, being a Millennial in agriculture means using technology to help things along — like having people send self-inspection paperwork to his phone instead of making a trip for one or two head of cattle.

“It’s super nice where, where I can just — text me or email and I’ll e-mail it, I’ll send a screenshot, and it’s gone," Lacey said.

And he’s all over cowboy social media, where people show off their roping catches — legal or not.

Lacey monitors Snapchat or YouTube for any kind of illicit cowboy activity, but says most of the time, it isn’t easy to determine where videos were filmed, or if it was technically illegal or not.

Lacey finishes his paperwork proving Sorrells' cattle haven’t been stolen before going to his next assignment.

On our ridealong, we pass through his hometown, which he says shaped his own life path.

“This is what I knew. We always ran around and played in the river bottom," Lacey said.

It’s this kind of background you’ll often hear about when speaking with young farmers or ranchers. Many take pride in being a generational farmer. 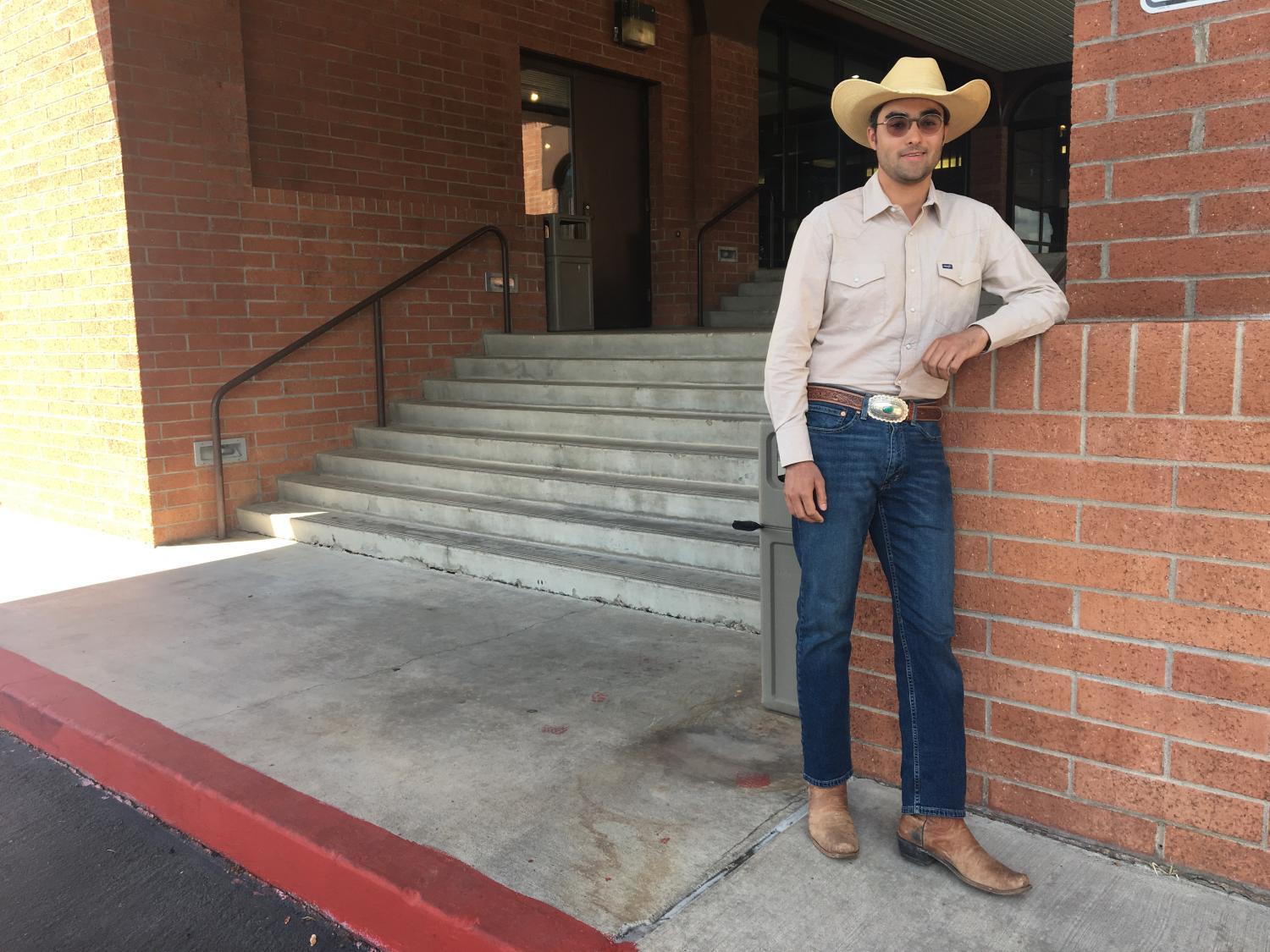 “I also am really drawn to the work that’s involved, the lifestyle, and everything that goes into having an operation that is closely connected to the land," Khan said.

The census says in Arizona there are more than 2,500 farmers under 35 years old. Almost half are Native American.

And most of the farms run by young producers are beef cattle, sheep and goat ranching farms.

Khan thinks his generation sees the potential in using the technology they grew up with to make a better farm.

“A lot of people my age are coming together and talking about what they’re doing on their ranches and how they’re incorporating data tools and new technology to make ranching more effective, more sustainable and more profitable as well," Khan said.

And Khan’s not just talking about the environment.

“Just kind of making sure these things are sustainable not only ecologically but sustainable as lifestyles and business practices that we can carry into the future," he said.

High cost of entry — like buying expensive land, harvesters and material — can be a major barrier for young producers.

“The average farm story is you’re one bad crop away from total failure," Khan said. 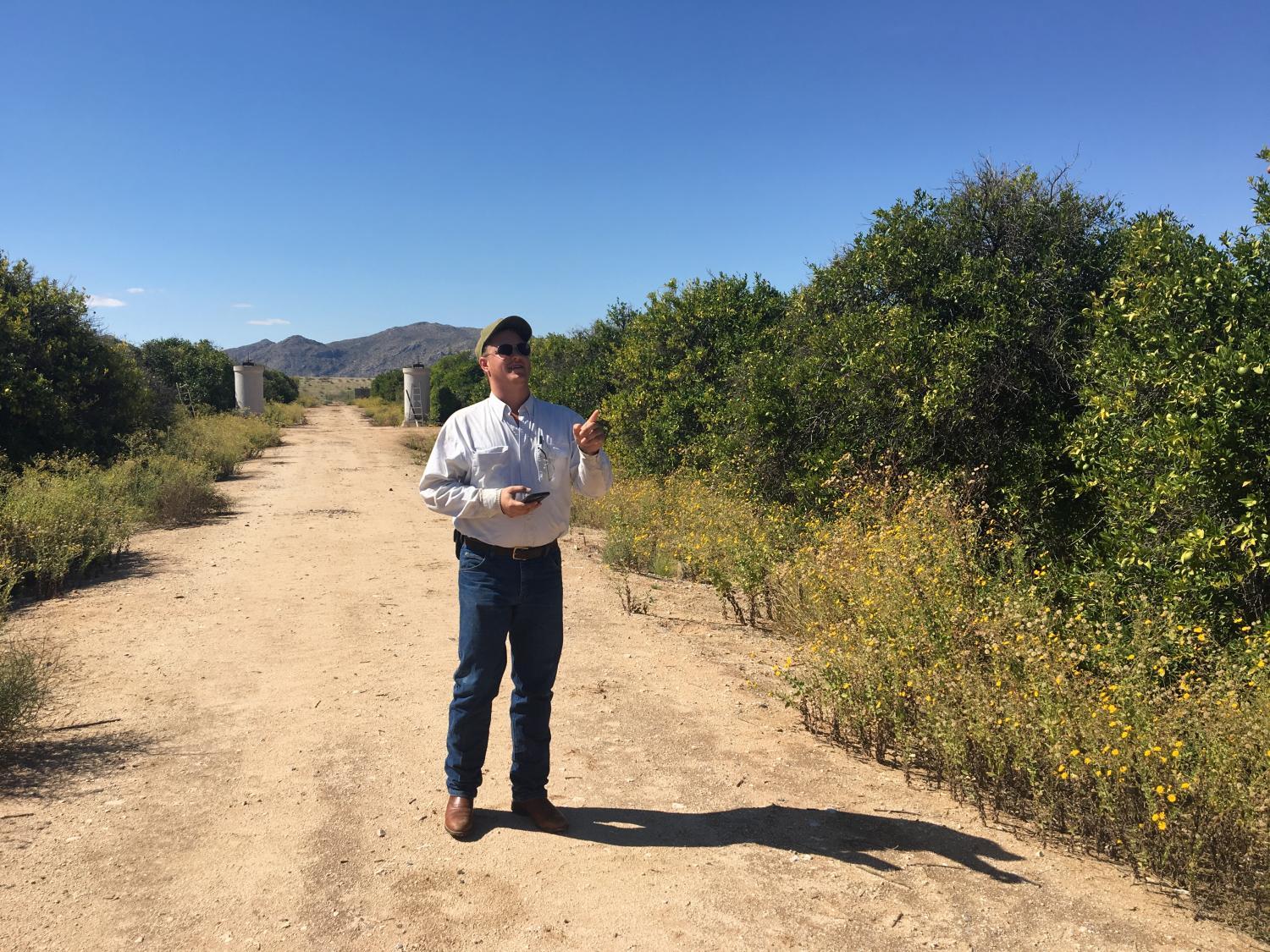 Casey Kuhn/KJZZ
Selwyn Justice, 30, says his family has farmed in America since the 1600s.

Thirty-year-old Selwyn Justice has the farming background Khan does not — he says his family has farmed in America since the 1600s.

Justice runs a U-pick citrus farm in Surprise. And he really knows his citrus.

He’s found some ways to diversify what he sells — he’s used his farm as more of an educating experience. And, he helps a friend grow his cactus in a small nursery plot, who found Justice through Facebook.

Justice is also a member of the National Young Farmers Coalition, an advocacy group. They host seminars like a legal presentation on water rights in Arizona. The federal government also has funding and support programs for new farmers.

The future of farming rests in Millennials’ hands, with a look toward more sustainability — to keep farming a viable career moving forward.