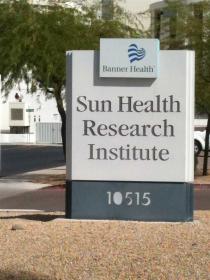 By 2025, the number of people living with Alzheimer’s disease in Arizona is expected to grow by 43%, according to the Alzheimer’s Association. And at least one health organization is already seeing an increase in older patients coming in with memory concerns.

Just because a patient has memory problems doesn’t mean they have dementia — in fact, memory loss can be caused by a number of issues that neuropsychology can help pinpoint.

Dr. Briana Auman is a neuropsychologist with Banner Sun Health Research Institute. She says brain imaging, like an MRI, is one piece of the puzzle.

"And we are sort of the other piece of the puzzle. So an MRI can tell us what someone’s brain looks like, but our testing tells us how your brain is functioning, what areas are doing well and what areas are maybe having more difficulty -- so those strengths and weaknesses," she explained.

And Auman says they compare that information to people who are the same age as the patient.

She says Banner Sun Health has seen an uptick in patients seeking this type of assessment, which can take a few hours to complete.