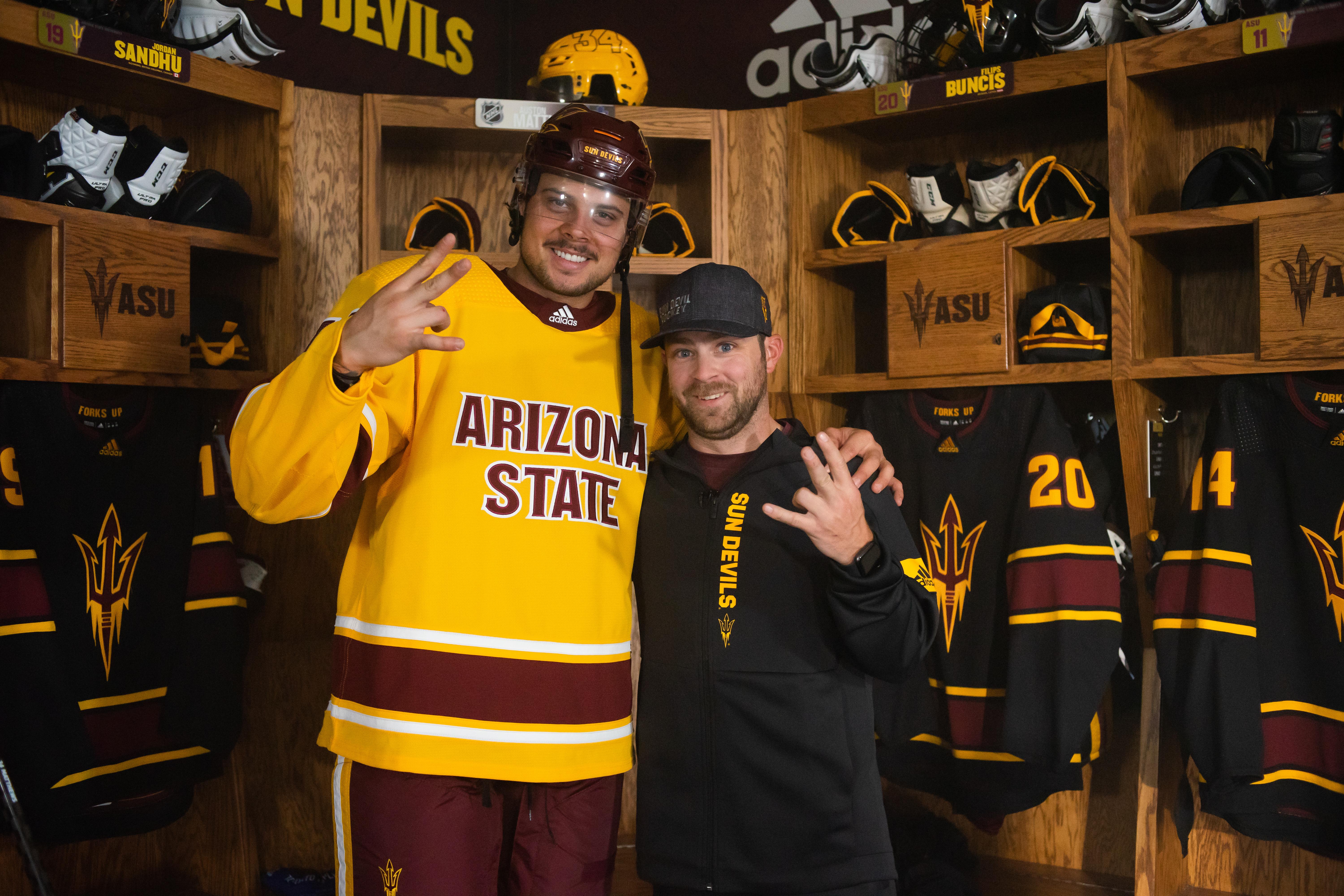 LAUREN GILGER: I’m so glad we don't have to go back to school and that college is in my past.

GOLDSTEIN: But, what if you didn’t go to college and you were instead were drafted to the National Hockey League?

GILGER: Well that would be astonishing because I do not know how to play hockey.

GOLDSTEIN: Well that's what happened to Scottsdale native Auston Matthews in 2016. He was 18 years old, became a rookie for the Toronto Maple Leafs. But last week really got ASU hockey fans excited.

GILGER: The video shows a Matthews driving up to Oceanside Ice Arena, home of Sun Devil Hockey, and walking into the locker room where a light shines on the new golden jersey unveiled by ASU the day before.

GOLDSTEIN: Matthews throws on the jersey, shows off his puck handling skills until Sun Devil equipment manager Jon Laughner catches him on the ice. They joke that the uniform looks pretty good on him, which causes the rumor mill of Twitter to speculate if Matthews is coming home.

GILGER: While I’m sure Coyotes fans would love that, he’s headed back to Toronto this fall, though, for his fourth season with the Maple Leafs. And the video is up to 400,000 views.

Bringing new to the ice.