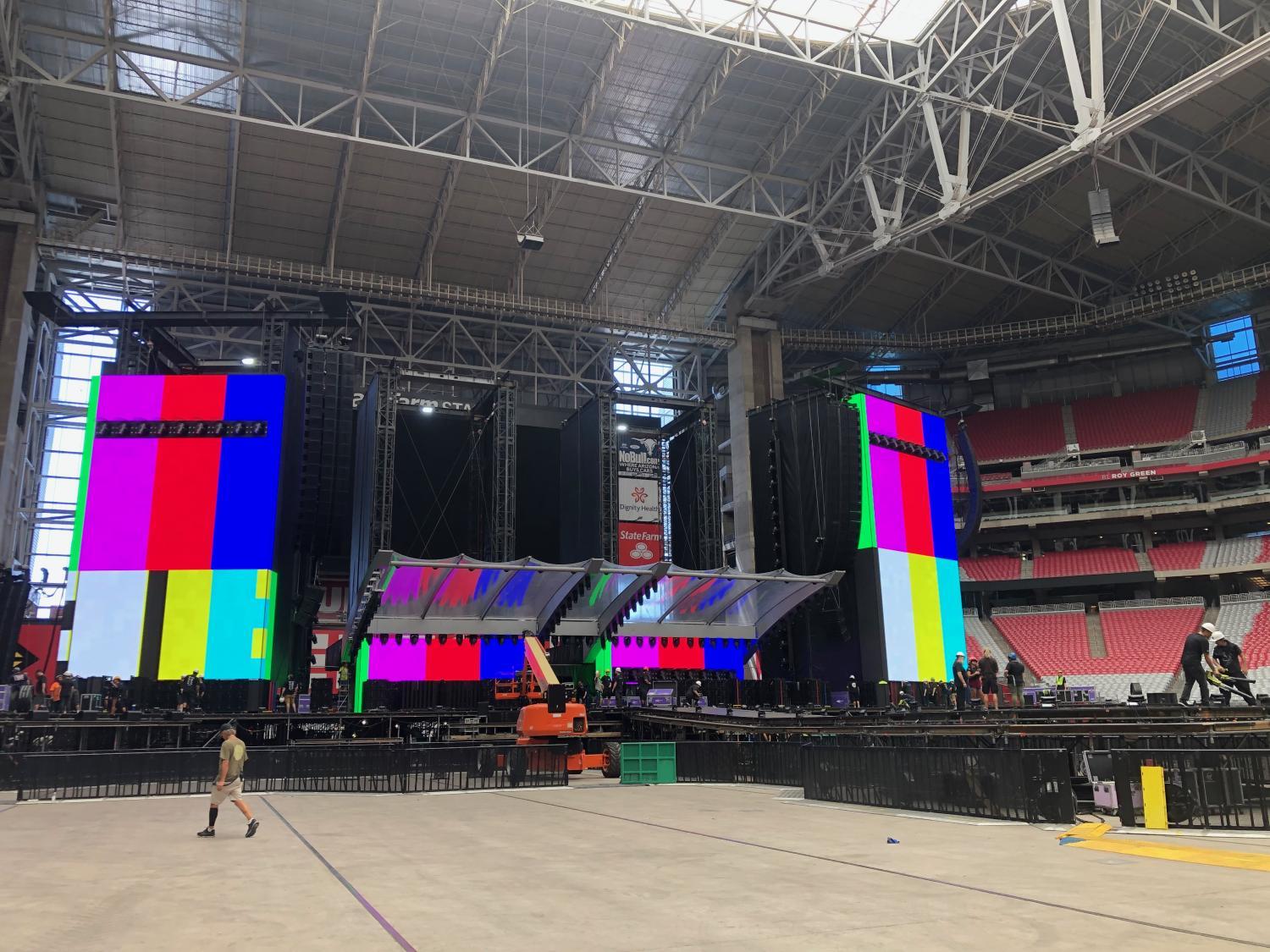 The Rolling Stones are playing the second-to-last concert of their No Filter tour tonight at State Farm Stadium in Glendale. A lot goes into setting up the venue.

It takes Rolling Stones’ production director Dale Skjerseth and his team of about 150 workers four days to assemble the stage, using 1,200 tons of steel from 20 trucks.

The stage will be the site of the second-to-last stop on the Rolling Stones’ No Filter tour.

“The stage itself is four large video screens 64 feet tall, 40 feet wide,” Skjerseth said. “The width of the stage is 230 feet wide, runway to runway, which Mick will utilize completely.”

This show will be light on special effects, lacking pyrotechnics or smoke machines. Instead, concertgoers can expect an acoustic set on the runway stage, which gets the musicians closer to the crowd. “The special effects are the band,” Skjerseth said. “They’re true entertainers.”

"Despite the extraordinary scale of the design, the show is as simple and direct as any they have made in the past 50 years,” Patrick Woodrooffe, the longtime creative director for the Rolling Stones, said in a media release.

According to Skjerseth, State Farm Stadium is one of the best venues for a setup crew to work in.

“It’s so easy,” he said. “We enjoy coming here. From the concrete floor, to just everything, the people that work here. They’re very welcoming to come into this venue.”

After tonight, the Rolling Stones will finish their tour on Saturday in Miami — and setup is already in progress there.