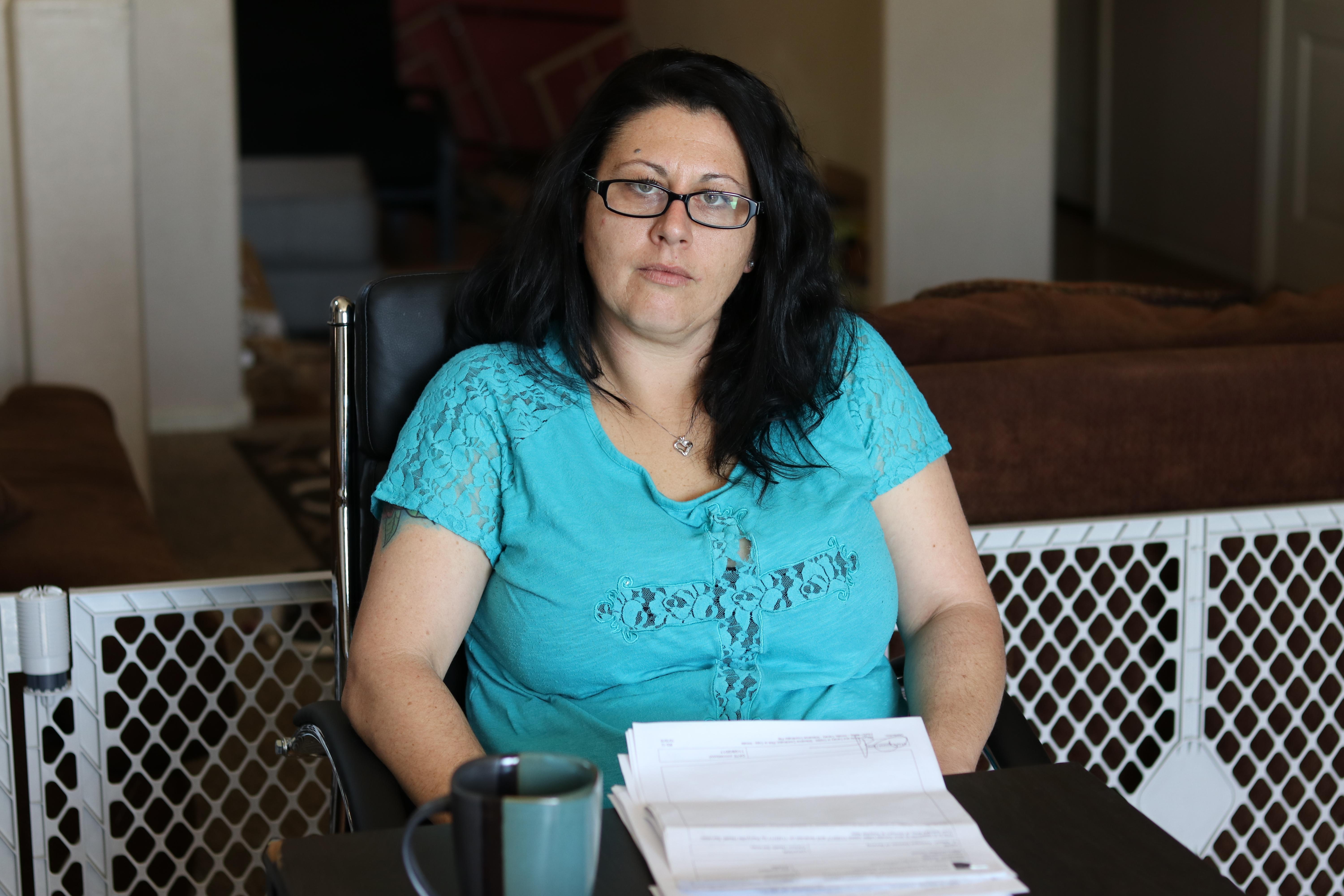 Jimmy Jenkins/KJZZ
Ashley Wilkeyson said returning back to society is difficult enough without having to deal with medical bills she is not obligated to pay.

“I finally feel a sense of relief,” she said, reflecting on a years-long ordeal that may have finally come to an end.

While incarcerated in an Arizona prison, Wilkeyson injured her leg. Bills for the subsequent medical treatment were erroneously sent to Wilkeyson’s family and her own address during her incarceration and for more than a year after her release.

David Chami, managing partner of litigation for the Price Law Group, heard Wilkeyson's story on KJZZ and contacted her to offer assistance.

"My practice area focuses on consumer protection," Chami said, "so we deal with creditor harassment and credit reporting inaccuracy litigation."

He calls his it a "niche" practice. "It happens a lot and very few people are aware that such laws exist to protect consumers,” he said.

Chami said he immediately recognized Wilkeyson as a victim of creditor harassment.

"The Fair Debt Collections Practices Act essentially protects consumers from a number of different types of collections practices of third-party debt collectors,” Chami said. “When debt collectors try to collect a debt using misleading or deceptive acts, or if they’re attempting to collect a debt that isn’t lawfully allowed to be collected, the FDCPA has statutory violations that say a consumer is entitled to up to $1,000 for a violation.”

Chami said the FDCPA also allows for plaintiff attorneys fees to be paid by the entity that has broken the law.

“And so, oftentimes what you’ll find, like we did for Ms. Wilkeyson, is we were able to negotiate a settlement for her that would also allow us to recover for our time,” Chami said. “So it was a win-win for both of us.”

“In this case, the debt collectors were representing to Ashley that she owed an amount that she didn’t owe,” Chami said. “By law she didn’t owe it because she wasn’t responsible for the medical services that were provided.”

Inmates aren’t supposed to pay for their health care in Arizona. They pay $4 to be seen by the health care provider for their first visit, and all services after that are performed, contracted and paid for by the state’s contractor. In July, Centurion took over the state prison health care contract from Corizon Health, the contractor responsible for Wilkeyson’s treatment.

Chami would not disclose dollar amounts, but said both parties agreed to settle the lawsuits quickly after they were filed.

“No one will be attempting to collect on these debts from her in the future,” Chami said. “And if they do, she knows who to call.”

Chami said although he was able to help Wilkeyson fight off third-party debt collectors, she would not have been protected by the FDCPA from the original creditor.

“So let’s say the doctors in this case or the hospitals were actually sending her collection notices,” he said. “She couldn’t have done anything about it.”

Chami said other states such as California, Texas and Florida have passed statutes mirroring the FDCPA that include protections against original creditors as well. He said he would like to see Arizona pass a similar law.

“It never should have gotten to this place in the first place,” she said.

“I stand by my decision to see this through to the end, and I will continue to stand for what I believe to be right,” Wilkeyson said. “I am hopeful that this battle I have fought will be beneficial to others and prevent such injustice in the future.”