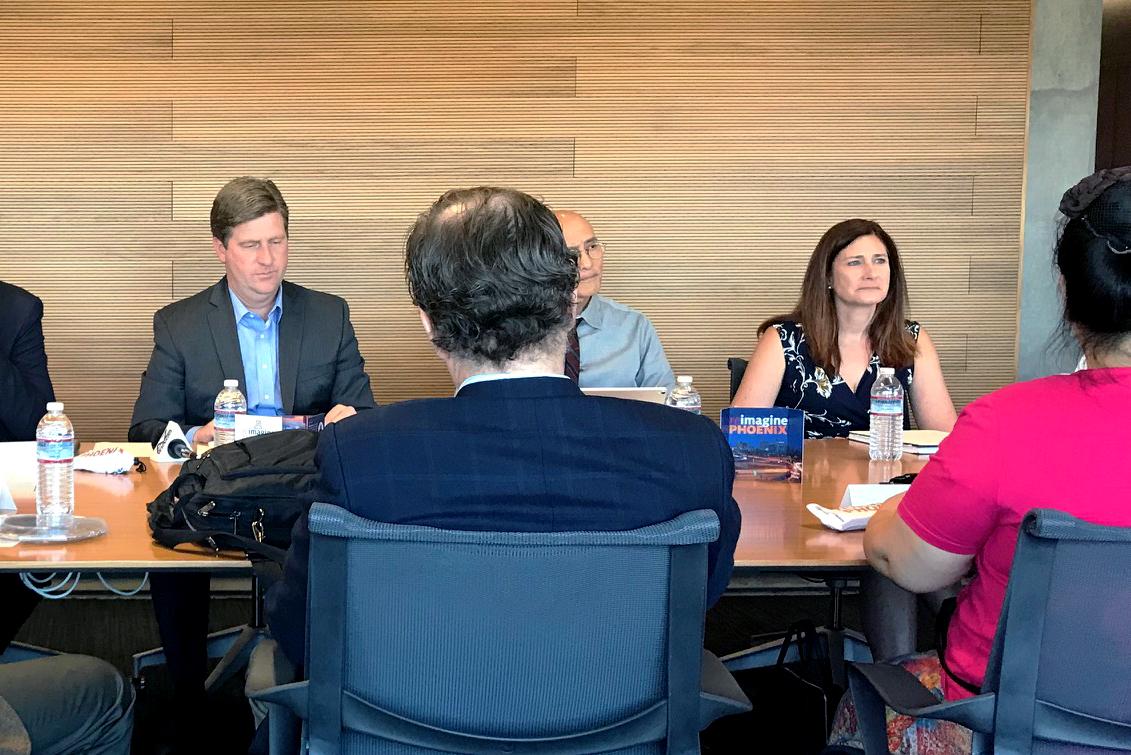 GOLDSTEIN: We all have heard about Valley fever, but what exactly is it and where are we when it comes to research, diagnostics and treatments?

RITCHIE: Well, like you, I’ve lived in the Valley for a long time and I know of Valley fever, but I actually didn’t realize just how devastating Valley fever is. We heard from survivors who, years later, continue to suffer from its effects. Valley fever is a fungus and the spores live in the soil. When that soil is disturbed either because of wind or construction, something we see a lot of here, they get into the air.

GOLDSTEIN: So, what do Congressman Schweikert and Stanton hope to achieve with this Valley fever bill and what did they learn from this roundtable?

RITCHIE: The bill is formally known as the FORWARD Act and there are short, medium and long term objectives ranging from supporting more research of Valley fever to streamlining the FDA approval process in order to bring new diagnostics and treatments online, long term, one objective is to develop a Valley fever vaccine. As for what they learned, well I spoke to Congressman Stanton after the meeting and he had this to say.

GREG STANTON: I sponsored the bill I was kind of aware on paper of the issue. This meeting helped bring it to life on a human level to see these people talk about the impact on their own lives and their family members, including losing family members in some cases because of misdiagnosis and misunderstanding from the medical community about this condition.

GOLDSTEIN: Now, let’s talk about the medical community. You learned something yesterday about provider training that struck me as rather surprising, though I suppose it shouldn’t be.

RITCHIE: Yeah, we have a lot of transplants to our state. One health care provider at Wednesday’s meeting, pointed out that many of the providers in Arizona did not train here and therefore may not consider Valley fever as a diagnosis, which of course has consequences. A recent study by the University of Arizona and published by the CDC found that Valley fever testing was ordered for no more than 13 percent of patients. The study also found Valley fever patients experienced delays in diagnosing their condition.

GOLDSTEIN: What is the solution, then, if doctors are not always considering Valley fever if a patient comes in with symptoms that look like the flu?

RITCHIE: One survivor in attendance had an idea. Pat White developed Valley fever and she says it took six months before she was properly diagnosed, she spoke as a both a survivor and advocate. She’s the director and founder of the organization, Arizona Victims of Valley Fever.

PAT WHITE: I don’t think all the doctors would agree with this but I think there should be a law in this state, at least until doctors are educated in this disease that there should be a law that every doctor practicing should pass a Valley fever exam. I know that’s not what they want but too many doctors have too many souls on their hands.

RITCHIE: When I spoke to Congressman Stanton, he said that besides legislation, it’s important to educate the medical community about this disease, as well. One more thing I learned and it’s a conversation for another time, but Valley fever disproportionately affects minority populations. The reasons vary, but access to healthcare is certainly one.