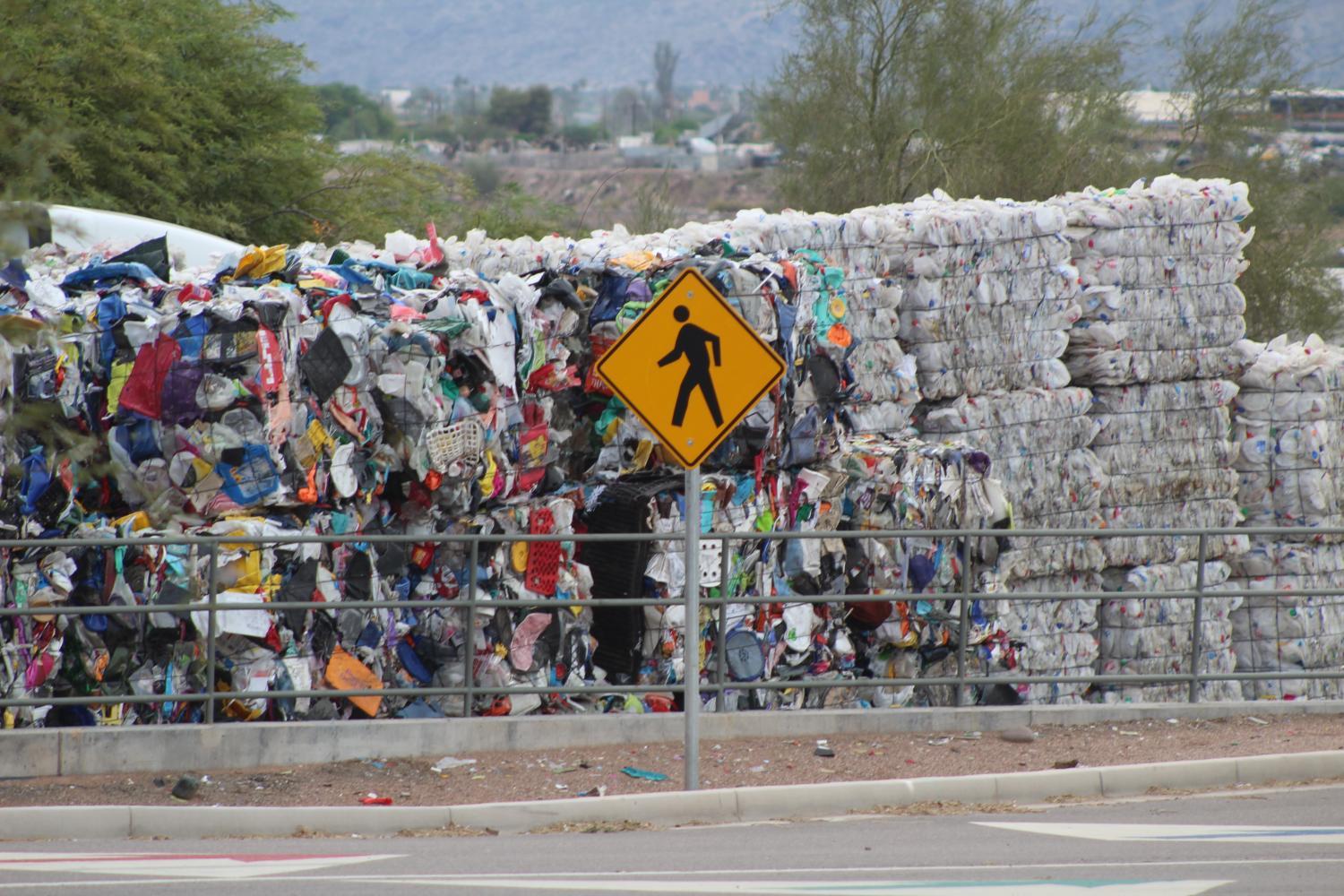 Bridget Dowd/KJZZ
Sorted recyclable materials pressed into blocks, which can be sold and repurposed.

The City of Surprise will no longer be picking up recyclables. Instead, items in the blue bins will go to the landfill along with the rest of the trash.

The city’s Public Works Director, Mike Gent, said it was a difficult decision, but one officials had been thinking about for a while. He said the city has been working with the local recycling center without a contract since their last deal expired more than 18 months ago, and hasn’t been able to get a new agreement with that entity, or any other.

The Show spoke with Mike Gent about this development.