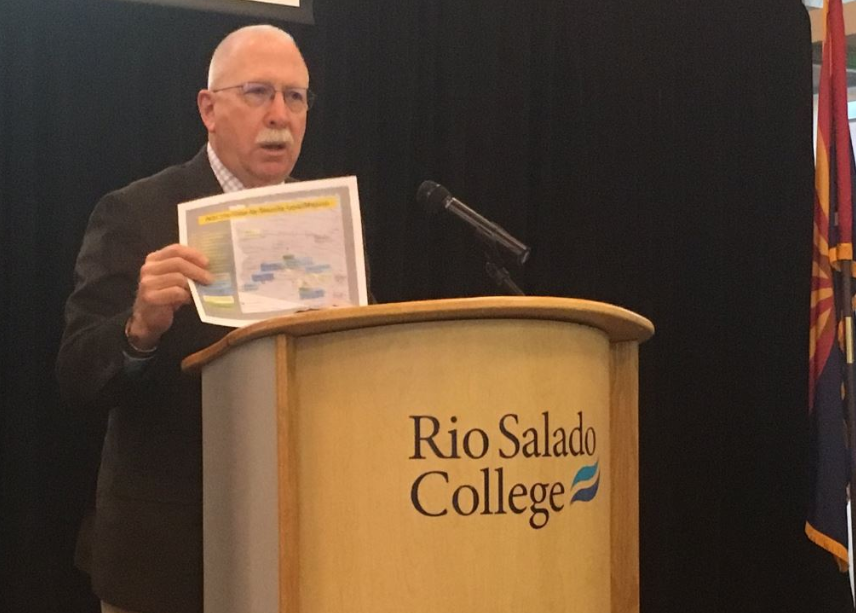 Charles Ryan, the director of the Arizona Department of Corrections (ADC), announced his retirement Friday.

Ryan will step down after months of calls for his resignation.

In a letter to Gov. Doug Ducey, Charles Ryan said after nearly four decades of service at the Department of Corrections, the time has come to take his leave. Ryan will serve as director until Sept. 13.

Ducey's office would not say if a replacement has been selected. A spokesman said "the director will remain in the position until 9/13. Any decision or announcement beyond that is pending."

Ryan served as director of the prison system under two governors, for a total of more than 10 years at the helm of the billion-dollar agency.

Under Ryan’s leadership, the department has failed to comply with a class-action lawsuit bearing his name, alleging poor health care conditions in Arizona prisons. The private health care system is currently under review by a federal monitor.

And after a correctional officer leaked footage showing how locked doors in the prisons could be compromised, the governor created a task force to review security measures.

Groups like the American Friends Service Committee (AFSC) have been calling for Ryan's resignation.

AFSC spokesman Joe Watson said Ryan's retirement is an opportunity "to correct the serious, systemic issues in ADC and heal the wounds in our community. We look to Gov. Ducey to ensure that the next director is someone who will lead the department with integrity."

"We hope that the next director will act promptly and in good faith to fulfill the empty promises Mr. Ryan made in 2014 to our clients and to the federal court to reform the broken prison health care system," Kendrick said.