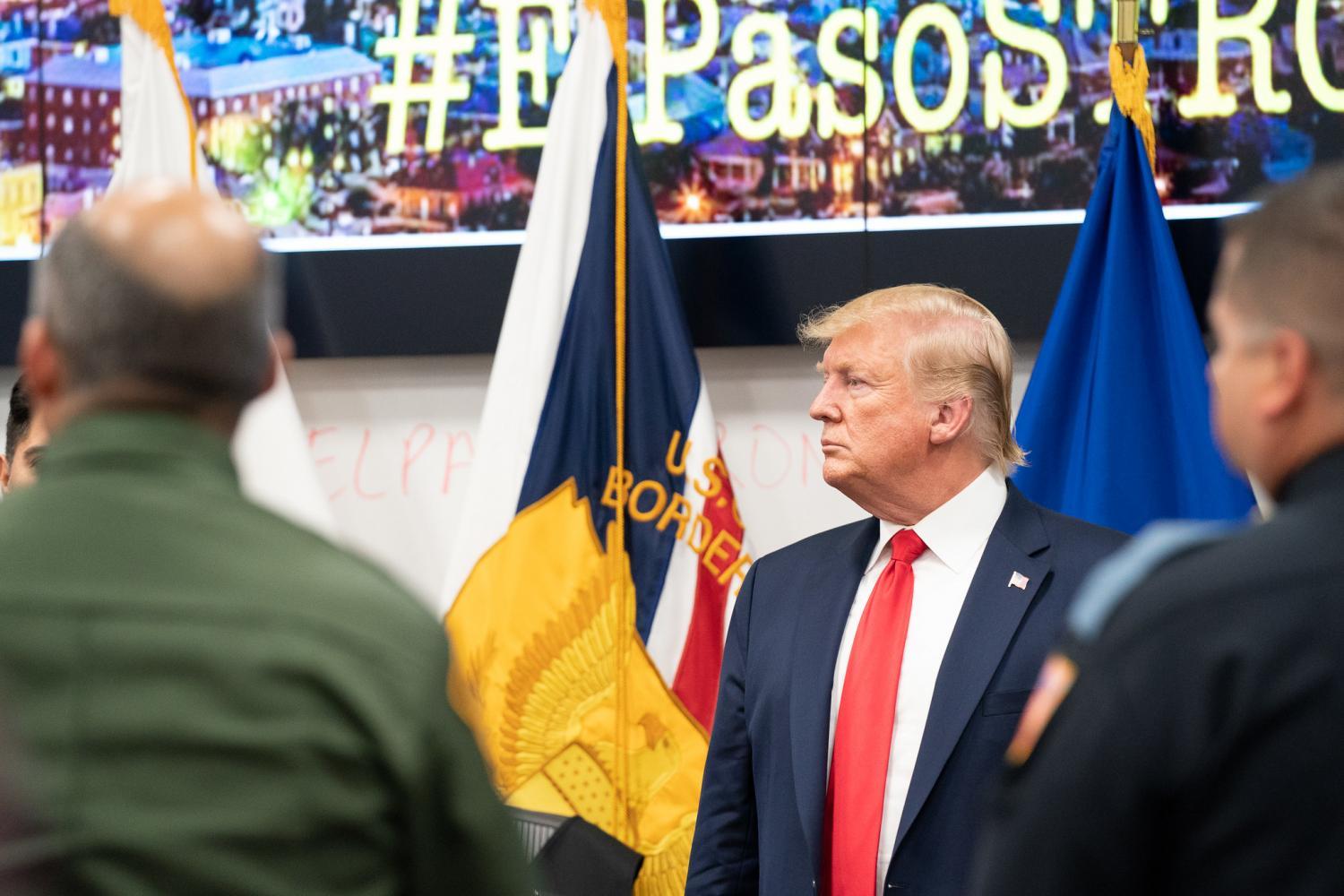 STEVE GOLDSTEIN: President Trump focused on mental illness following the mass shootings in Dayton, Ohio and El Paso, Texas, over the weekend. But some have criticized such rhetoric for perpetuating stigmas around mental illness and disability. Jon Meyers is the executive director of the Arc of Arizona, an advocacy group for people with developmental disabilities and he joins us now. Jon, good morning.

GOLDSTEIN: So, we often hear officials, like President Trump in this case, talk about a shooter's mental health after events like we saw over the weekend, whether there's evidence or not. What message, generally, can that send to a community?

MEYERS: Well, it sends a message that is inaccurate, misinformed, that mental illness is the primary cause behind incidents like this; when in fact the data, over decades of research, demonstrate something quite to the contrary.

GOLDSTEIN: Well, so without knowing exactly what's on people's minds, why do you think this perpetuates?

MEYERS: Well, I guess the simple answer for me is, that we have a tendency as humans to seek for simple answers. And, we... want things that are easy to comprehend and it's easy for many of us to... accept a notion that people who are mentally ill, mentally unstable, are the most likely to commit acts like this. I mean, the fact is...  we have a gun violence problem in America and anybody who's paying attention can see that. But it is not because of people with mental illness. It's not because of people with intellectual disabilities. The reasons are many but focusing on people with mental illness does not do anything to solve the problem.

GOLDSTEIN: To what extent, whether naive or not, is there a disbelief among the general public that they couldn't even imagine someone walking into a building and shooting a bunch of people? So they think that, perhaps that must have meant, maybe in the moment, there were some mental issue or some emotional issue there. Is that too great a stretch, do you think we're going in that, too much in that direction?

MEYERS: I definitely think we're going too much in that direction. Again, most of us would say that nobody in their right mind could commit an act like this. But going back to the research, it typically demonstrates that these acts are not generally rash or impulsive acts. They are in many cases, planned out long in advance. Many of them are ideologically driven. Many of them are perpetuated or perpetrated by people who have an axe to grind or hold a grudge against either a group of people or an individual. And, you know, retroactively a number of people who have been involved in shootings have been diagnosed with mental illness but typically they were not receiving mental health care at the time, they were not perceived to have been a threat. Many of them were not recognized to have had mental illness at the time and many of them simply don't have mental illness, even looking back... What we're doing,... when we approach it from this direction, when the president makes statements like he made and when so many other politicians make statements in support of that position, is that we drive people with mental illness, we drive people with intellectual disabilities, farther to the margins. These are already individuals who, in many cases, are struggling to get help. They are legitimately seeking some kind of care that can help them recover from their illness. But when we instill more fear in them about the repercussions of admitting their mental illness, we make it harder for them to seek treatment,... we create a situation in which they are likely, less likely to seek treatment. And, that just perpetuates the problem for them individually and for society as a whole.

GOLDSTEIN: Jon, I wonder if you could be very brief with this. Is there a constructive way, if the topic comes up then, after a tragedy like this, to actually talk about mental health in a way that would make sense?

MEYERS: We have to start by recognizing that our mental health system in the United States is substandard. We do not have enough mental health professionals to treat the people who need help. We... need to improve the system, we need to train more providers, we need to allocate the funds necessary to help people. But we absolutely need to avoid pointing the finger at people with mental illness or people with intellectual disabilities and saying that they are the root cause of this. Because in fact that, as I mentioned earlier, the statistics show quite... the opposite. Fewer than 5% of violent crimes are perpetrated by people who have mental illness. It's an extraordinarily small number. And obviously the other 95% of those crimes are committed by people who could not be considered mentally ill.

GOLDSTEIN: Jon Meyers, executive director of the Arc of Arizona. Jon, thank you for your time this morning.