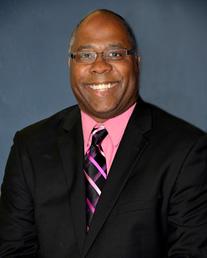 Arizona's Child Protective Services agency revealed Thursday that 6,000 allegations of child abuse or neglect since 2009 were wrongly classified and not investigated.

CPS says nearly 3,000 of those cases came in since the beginning of this year. People placed calls to the CPS abuse hotline, and they were apparently recorded properly.

But according to child welfare officials, members of a highly experienced team of investigators decided the cases didn't merit a follow-up and marked them "not investigated." The allegations never made it to a case worker.

Clarence Carter directs the state Department of Economic Security, which includes Child Protective Services. He spoke during a Thursday afternoon meeting of a legislative committee that oversees CPS.

"Over the course of time, in an endeavor to manage caseload, there has been a need to determine how you best deploy your resources when you cannot do everything for every case," Carter said.

But Carter said the system for determining the resources a case needs is in significant disrepair.

"I'm sorry, but when I hear the recitation of what happened at the outset of this, I hear 'best deploy resources' as equivalent with 'ignoring a statutory duty' under these circumstances," Montgomery said.

CPS says it has reviewed the 3,000 or so calls that were ignored this year. They found about 1,700 that should have been followed up on.

Ten were so serious, case workers needed to immediately lay eyes on the child in question.

DES's Carter couldn’t say how long it'll take to review the remaining cases, but he told the committee that going through the cases that were ignored this year took about three and a half days.