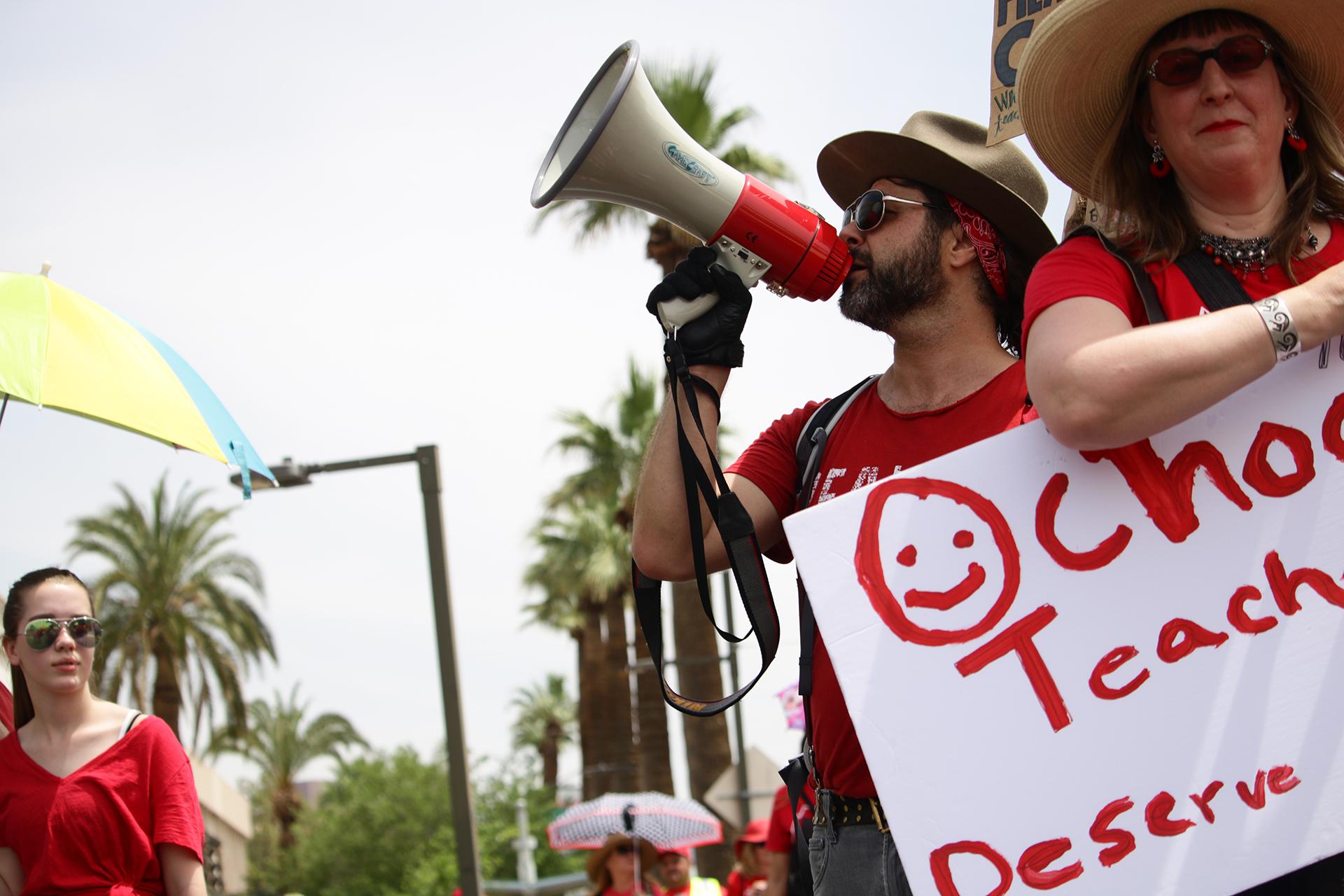 Jackie Hai/KJZZ
An estimated 50,000 people filled the streets of downtown Phoenix in April 2018, to march for teachers and school staff across Arizona.

Arizona teachers went on strike last year for better pay — among other things — and now a new poll shows widespread support for the tactic.

Phi Delta Kappa (PDK) International, a professional education association, has conducted the longest running survey on attitudes toward public education across the country. The latest edition was released on Monday.

It showed that 55% of teachers surveyed said they would strike for higher pay, and support increased to 67% among those who were paid less than $45,000 a year. The report also shows support among parents and the public, finding that "74% of parents and 71% of all adults say they would support a strike by teachers in their community for higher pay."

PDK International’s CEO Josh Starr joined The Show to talk about these findings.

Here in Arizona, Marisol Garcia has been at the forefront of the movement to improve public schools. She is the vice president of the Arizona Education Association and one of the champions of last year’s statewide teacher walkout.

That strike lasted six days, frustrating lawmakers opposed to the tactic. And this year, when another strike appeared to still be on the table, opponents warned teachers that they risked losing the public’s support if they tried it again.

But Garcia told The Show that the PDK survey results clearly don’t support that. She said the data solidified what teachers stood for last year when they walked out of their classrooms and confirmed the public’s support.