The Aftermath Of The Woodbury Fire 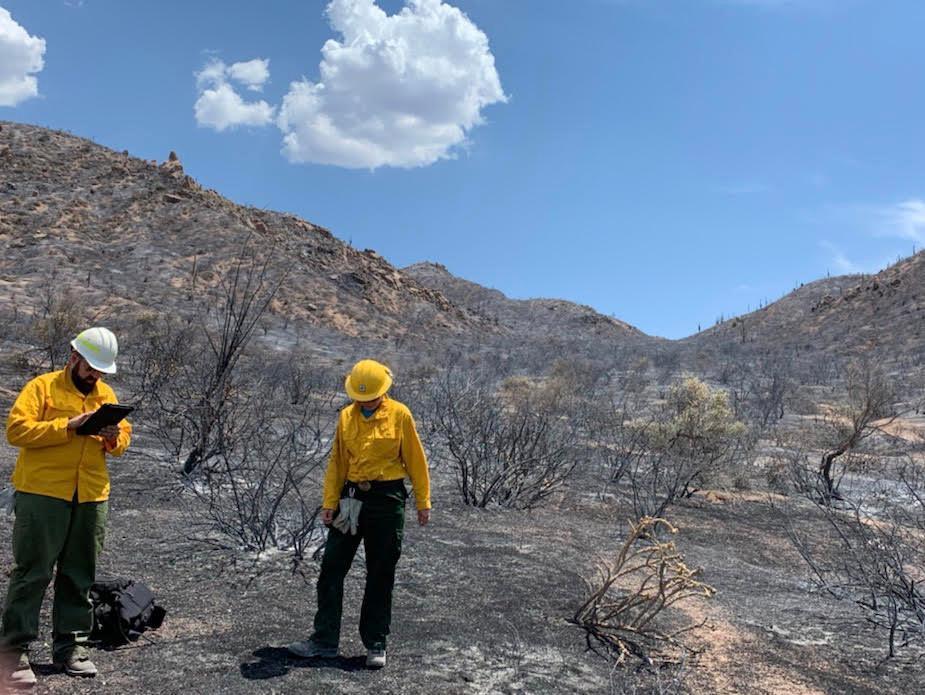 inciweb.nwcg.gov
BAER Team soil scientists on the ground analyzing the burn severity of the Woodbury Fire in June 2019.

Before it was contained last month, the Woodbury Fire burned more than 123,000 acres in and around the Superstitions, east of the Phoenix metro area.

Recently, the Burn Area Emergency Response (BAER) team did an analysis of the area.

Dustin Darveau is a terrestrial wildlife specialist with the Arizona Game and Fish Department, which took part in that process, and joined The Show to talk about what they found.