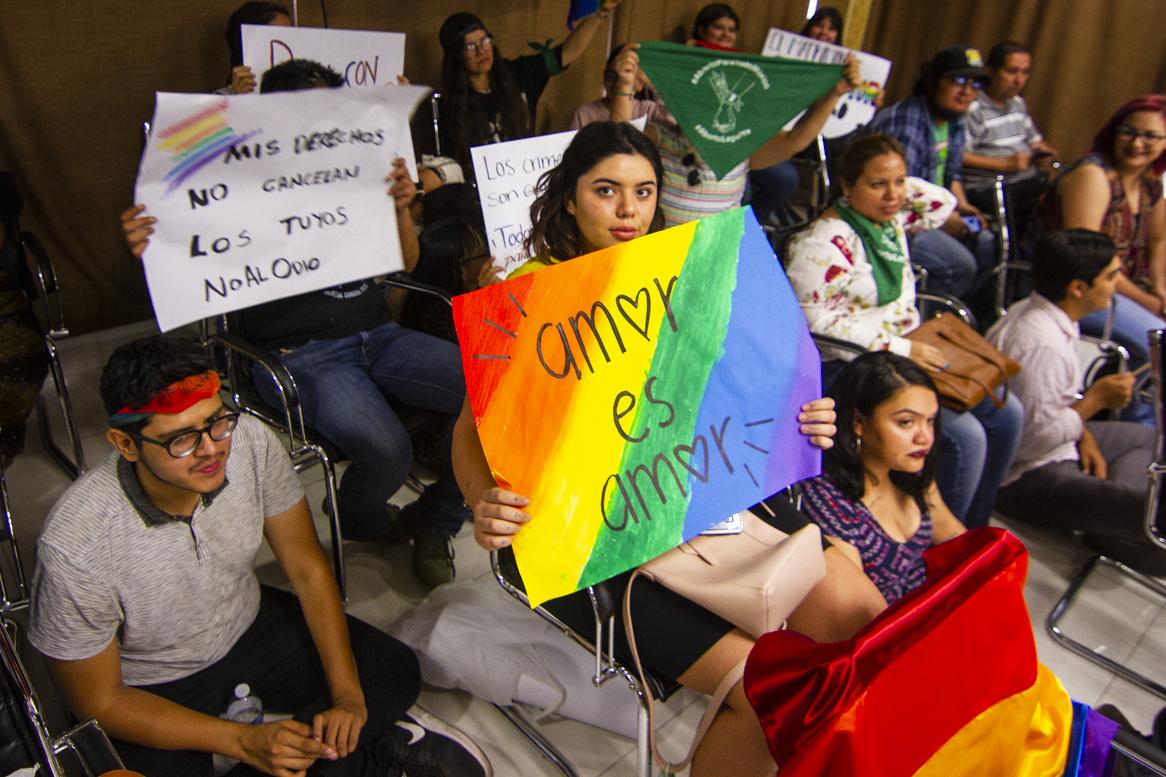 Murphy Woodhouse/KJZZ
Dozens of supporters of the reform measure showed up to the hearing where it was first introduced in August 2019. The sign in the center reads, "Love is love."

For the time being at least, Sonora’s family code defines marriage as the “legitimate union of a man and a woman,” and further states that same-sex marriages are “legally impossible.”

But on Monday, a reform measure was presented to the Sonoran Congress that would strike that language, and allow same-sex couples to marry like everyone else.

“We as representatives of the 62nd Legislature, we’re here to work for all Sonorans, and make laws for the benefit of them, without differentiating first- and second-class Sonorans,” said State Representative Yumiko Palomares, who’s sponsoring the reform. “[The LGBT community] is large, and hard-working, it’s a community that deserves all the rights that we have.”

A 2015 Mexican Supreme Court decision found any state law like Sonora’s that prohibits same-sex marriage is unconstitutional. That didn’t change those laws, but it did open the door for marriage through federal court decisions called amparos. Nearly 50 Sonorans have wed in that fashion.

Sonora’s LGBT community has been fighting for years for a reform like the one presented Monday.

“At first you almost don’t believe it,” said Gil Espinoza, a longtime LGBT activist with the group DiverCiudad. But there are still a number of obstacles that remain for ultimate approval, he added.

If it survives the committee process, Palomares says a final vote on the measure is likely in late September.

A similar measure recently failed in neighboring Sinaloa despite the 2018 victory of the same center-left coalition there. Baja California Sur’s reform, on the other hand, was successful. 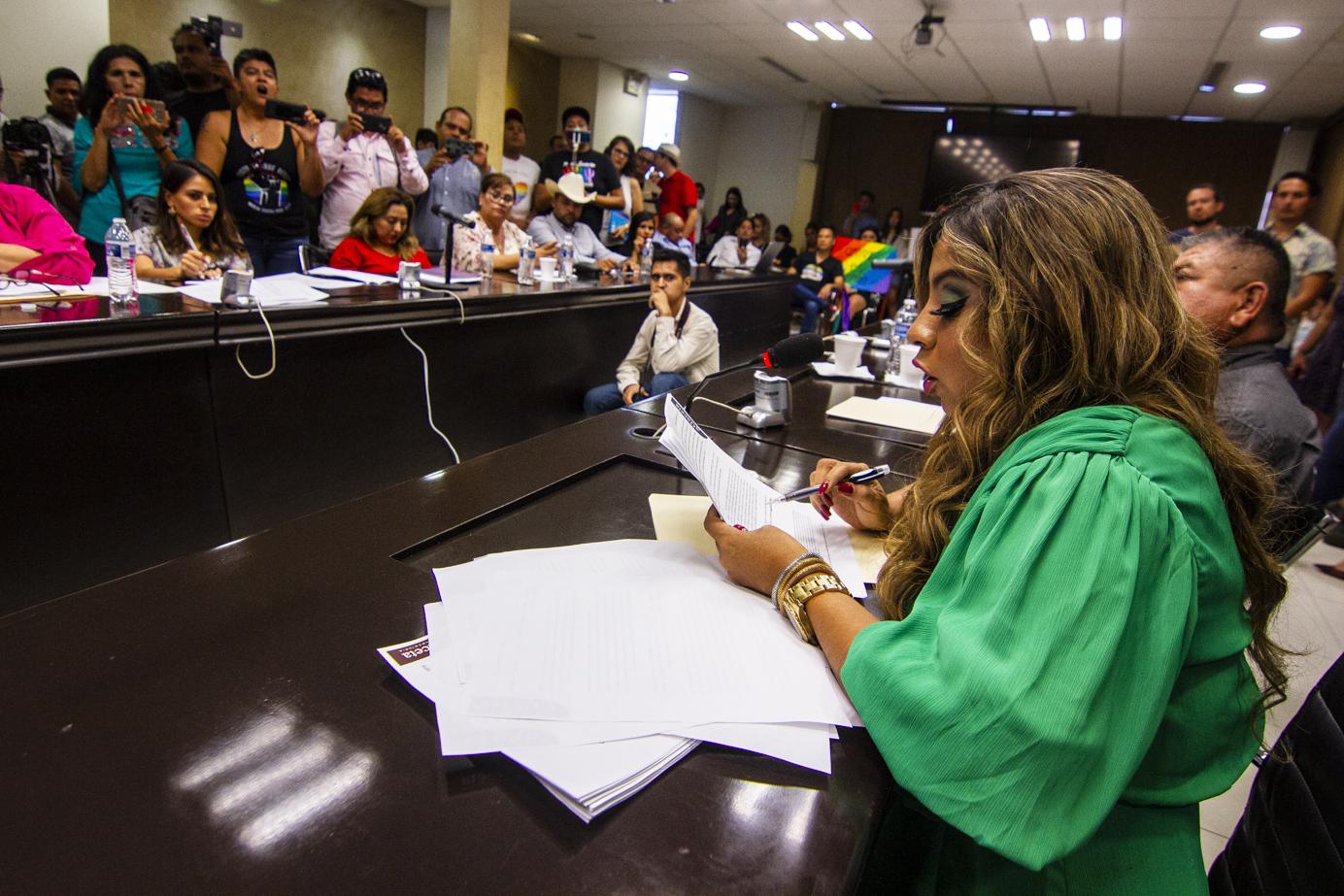