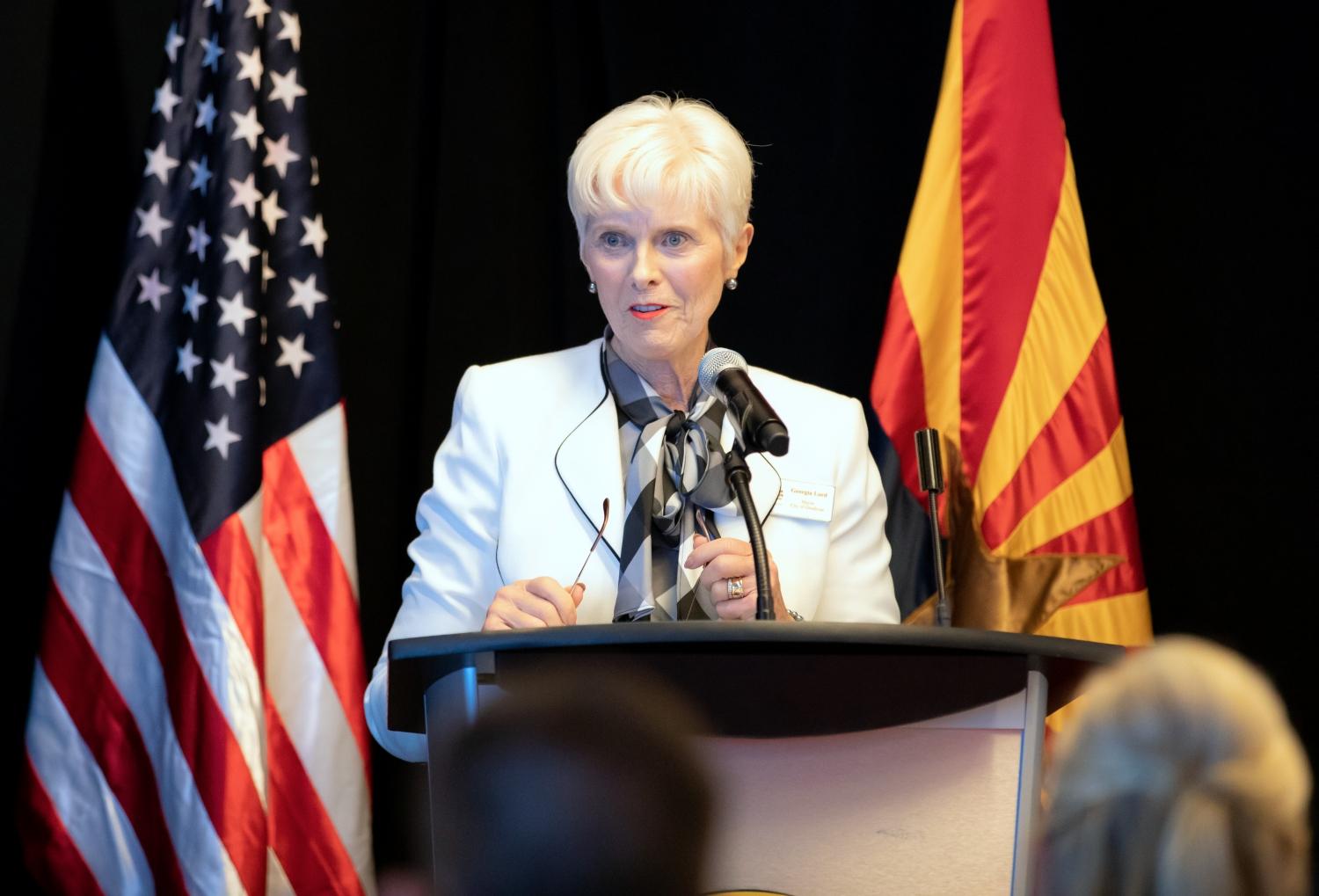 The city of Goodyear has attracted warehouse and distribution centers as part of a steady growth pattern. But 2019 has also seen dramatic expansions into data centers for the biggest names in tech like Microsoft.

The most intense headlines were generated last month when Goodyear City Council agreed to bring a Nike manufacturing facility to the area.

The city’s success, though, was somewhat lost in the shuffle when Gov. Doug Ducey criticized Nike’s political stance on Twitter and pushed for the Arizona Commerce Authority to withdraw any financial incentives to bring the company to the state.

In the midst of this political storm, Goodyear reaffirmed its agreement with Nike, and the company committed to following through on its end.

To talk about that and Goodyear’s economic development growth, The Show spoke with Mayor Georgia Lord.