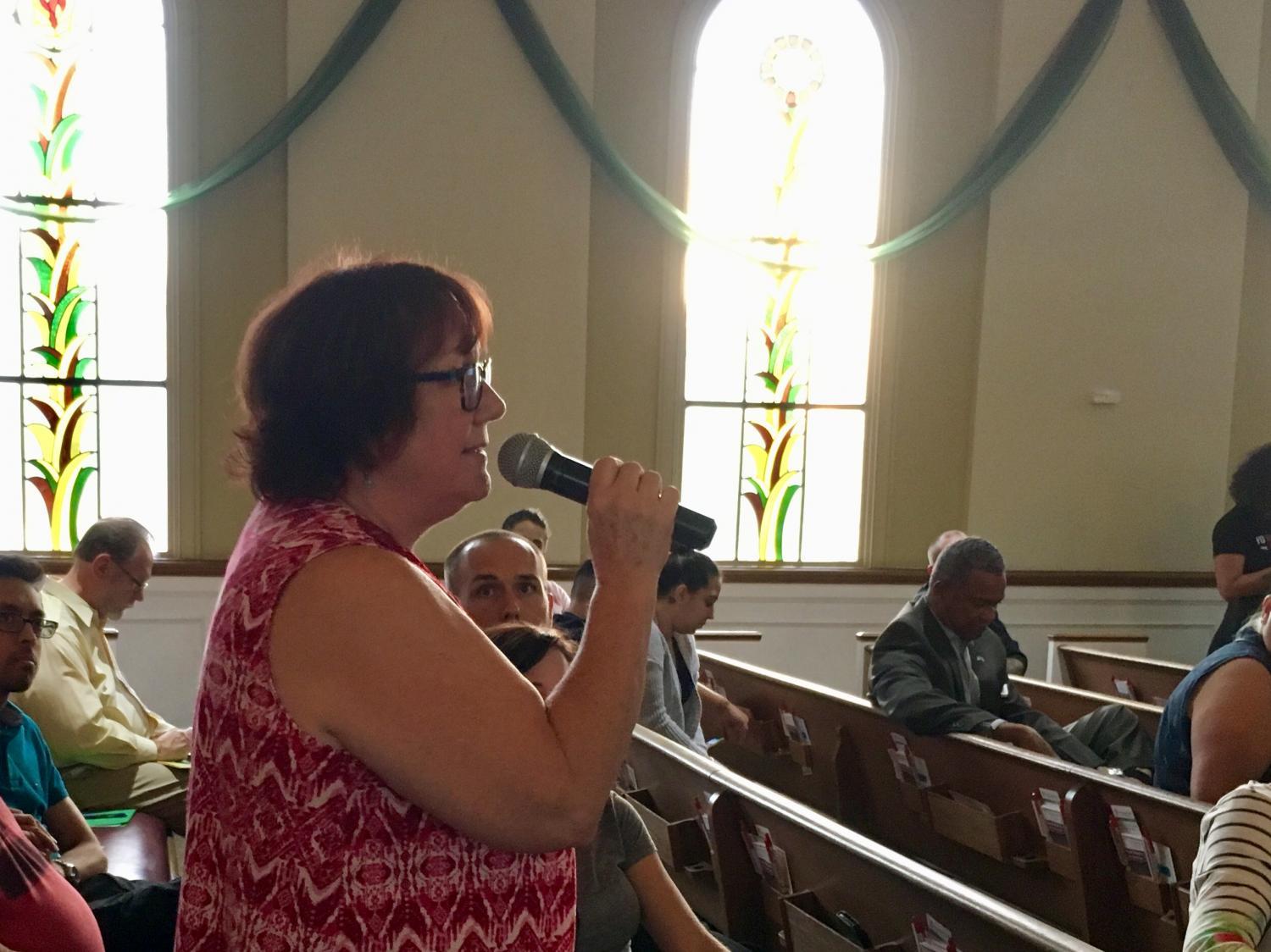 Some people yelled and screamed, others sat quietly in the pews of the First Church UCC in downtown Phoenix at a town hall event hosted by the American Friends Service Committee. Members of the audience were invited to speak for three minutes to raise their concerns about the Arizona Department of Corrections amid recent revelations of safety concerns and calls for Director Charles Ryan to resign.

The panelists included representatives for Gov. Doug Ducey and the Department of Corrections as well as state legislators.

Many members of the audience were formerly incarcerated or had loved ones impacted by the prison system.

Jacklyn Link of Phoenix said she attended because her son is incarcerated in the Department of Corrections and she wanted to learn more about his conditions of confinement.

"I hope to hear what changes will be implemented at ADC," Link said. "Access to programming and nutrition is really important to me." She said her son was in the Douglas prison when the facility ran out of water.

Tammy and Kieth Early of Peoria came to the town hall because their son was killed while serving a sentence in a private prison in Arizona. Tammy Early was one of several people in attendance advocating for the removal of Director Ryan.

"I just want to find out more about how we can get involved in the reform effort," she said. "I think there needs to be more opportunities for schooling in the prisons so inmates aren't getting out without a second change — a true second chance."

Jessica Wayas was incarcerated at the Perryville women’s prison for eight years. She said her biggest concern is medical care for inmates provided by private contractors. 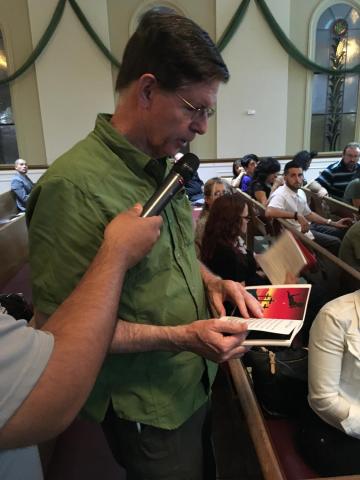 The panelists listened for several hours to a diverse audience speak about conditions in Arizona prisons.

Sean Jenkins asked his boss to leave a little early so he could make it to the event to speak on behalf of his brother who is incarcerated at ASPC-Lewis.

"I wanted to address the medical care that he's not receiving," Jenkins said. "My brother has been suffering for years with back issues. He's unable to get out of bed, go to the restroom, feed himself." Jenkins said the treatment his brother has received has been minimal. "I thought maybe this was just happening to my brother, or just a few people. What I realized when I came here was this is happening to a lot of people."

Danielle Jensen spoke about her brother Jeff, whose murder in an Arizona prison is still unsolved. "The cameras don't work. The locks don't work. And frankly, the COs don't work," Jensen said of the Department of Corrections. She said despite her own challenges finding justice for her brother, other families who have lost loved ones to prison violence are now reaching out to her for help.

Representative Walter Blackman said the stories he heard pierced his heart and he confided in the audience that he has a loved one incarcerated in Texas.

“It is our responsibility to make sure we rehabilitate these folks, we give them tools to be successful and we set up systems so they are not re-entering the penal system," Blackman said.

He promised to take what he learned back to the Legislature. Blackman encouraged those in the audience to attend a series of ad hoc committee hearings on sentencing reform which begin on Monday.

The final audience member to speak was Andy Hall. As the often agitated and vocal crowd fell silent, he read the names of women who died in the Perryville prison.