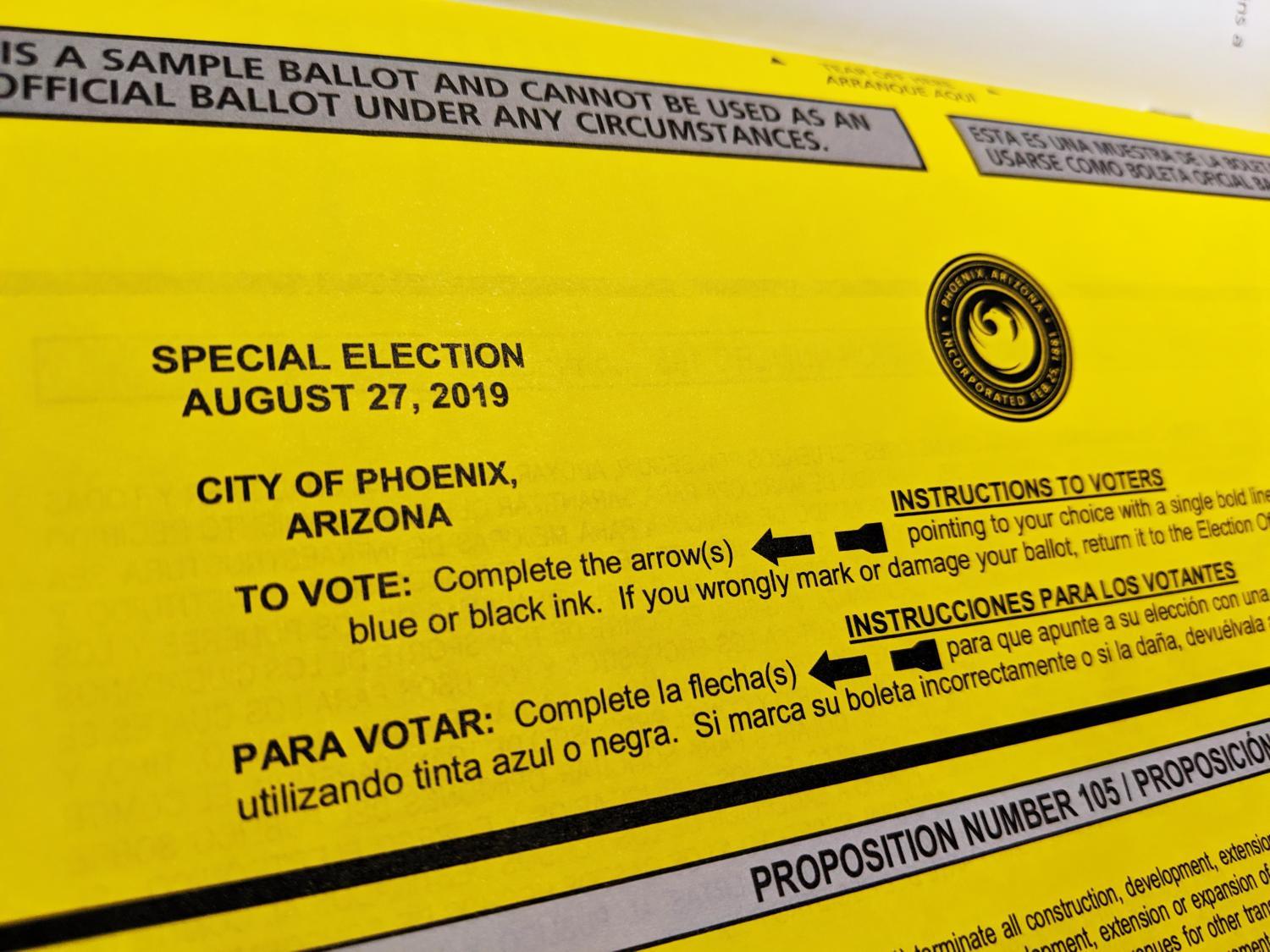 Early voting for the city of Phoenix special election starts Wednesday and mail-in ballots are being sent out.

The Phoenix City Clerk’s Office is organizing the Aug. 27 vote, in which residents will be able to make decisions on Proposition 105 and Proposition 106, two city propositions related to the future of light rail and pension reform.

Early ballot requests must be received no later than 5 p.m. on Friday, Aug. 16