Katie McGovern remembers only two girls hockey teams in the state when she was growing up. Fast forward about 10 years, and Arizona has about 10 teams. And a large part of that growth is due to the Arizona Coyotes’ youth development league, namely its brand new all-girl program, the Arizona Kachinas.

“I think what we're doing is working, and yeah, we take a lot of pride in that,” McGovern said.

The Scottsdale native coaches the U16 Kachinas and helps run the Small Frys program, a hockey initiation program exclusively for girls started in 2018 by Olympic Silver Medalist (and fellow Valley native) Lyndsey Fry. 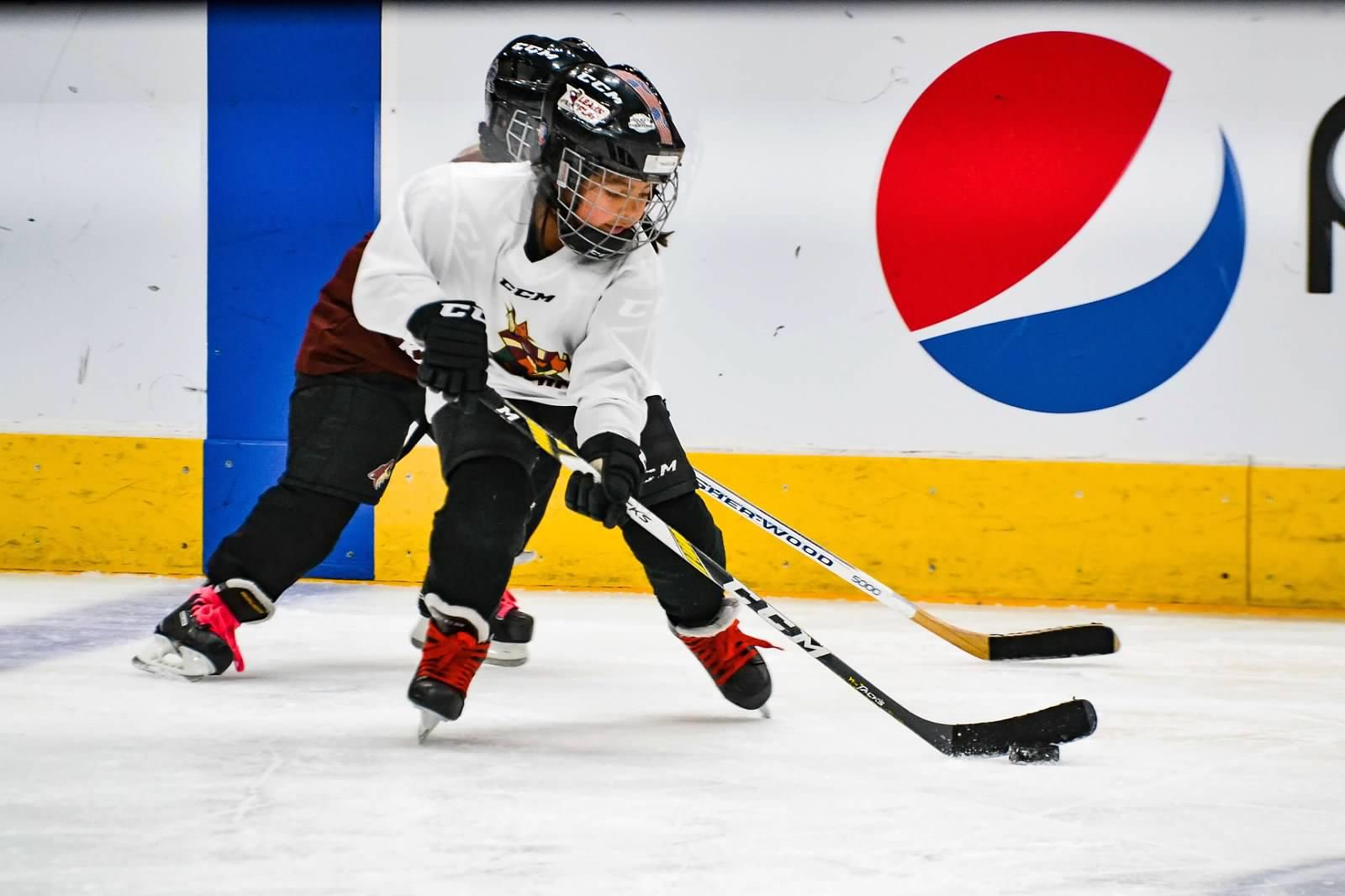 Following a successful career at the University of Minnesota-Duluth, McGovern, 24, won an Isobel Cup — the Stanley Cup of women’s hockey — with the Minnesota Whitecaps of the Women’s National Hockey League (WNHL) this year.

And to show what women can accomplish in hockey, even when they’re not from a traditional “hockey state,” McGovern brought the Isobel Cup back to Phoenix for all the Kachinas to see.

“The girls loved it, you know. They wanted to take pictures with it, they wanted a drink out of it,” McGovern said. “And just for them to see something like that, I think it makes it all more real that they can become a professional and, and all that because they can’t become what they don't see.”

Fry also has the resume (and the hardware) to serve as a role model for other young players in the Valley. Growing up in Chandler, Fry said due to the lack of opportunities for girls in hockey, she would play for boys teams, or just leave the state entirely. Fry moved to the East Coast for college, where she played for Harvard University from 2010 to 2015. In 2014, she won her silver medal with Team USA at the Winter Olympics in Sochi, Russia.

Now, Fry serves as special adviser to Coyotes President and CEO Ahron Cohen as well as the president and head instructor to the Kachinas and Small Frys. And even though the Kachinas program is still in its infancy, Fry said that other NHL teams like the Chicago Blackhawks are modeling after the Coyotes to implement their own developmental program for girls.

“It's been incredible to see the growth over, you know, the last, I would say five years,” Fry said. “We are, you know, in the top three, especially for the NHL markets and girls hockey growth.”

Fry said she is especially proud of the predominantly female coaching staff for the Kachinas and Small Frys programs. And the program has tried to tap into the local talent at Arizona State and Grand Canyon universities to help coach the players.

“From a coaching standpoint, about 95% of our coaches are women, which is more than some other associations, girls associations, and places like Minnesota can say,” Fry said. 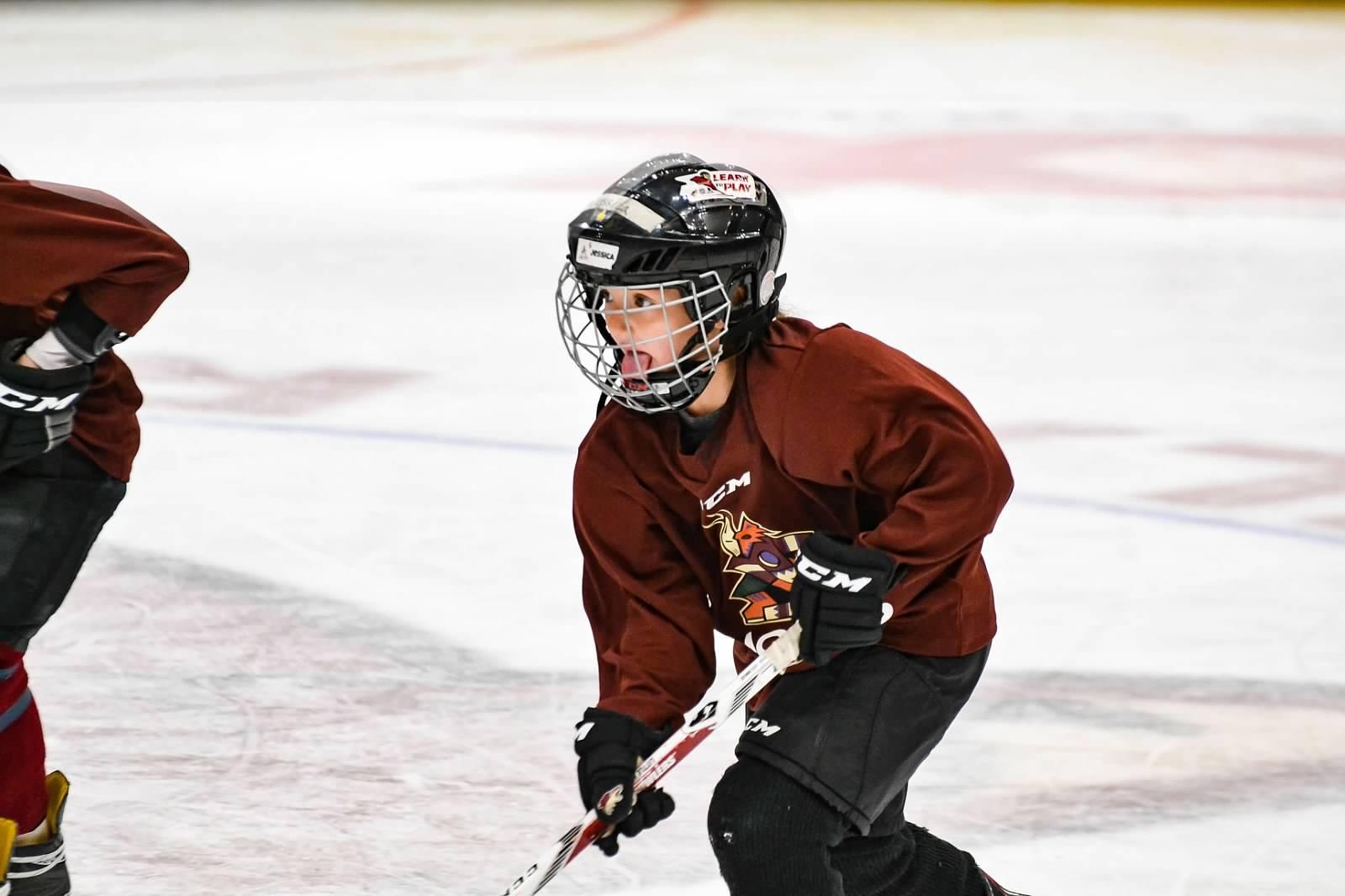 And despite winning the Isobel Cup this year, the Kachinas will not be losing their U16 coach (for players under 16) because McGovern said she will not be returning to the Whitecaps this fall. She and about 200 other professionals are sitting out the season in hopes that the NHL will step in to run the league, help grow the sport for women and provide more visibility for young girls.

“Hopefully, the league will grow and become more sustainable, and (young girls) can watch it on TV, and it’ll just be better for them when it's their turn,” McGovern said.

Fry hopes that increased visibility and more NHL teams encouraging all-girl developmental leagues will lead to better competition across the country and help close the skill gap with the rest of the country and traditional hockey states in the north.

But for now, Fry said she is concerned about the base of the program and getting more girls to step out onto the ice for the first time.