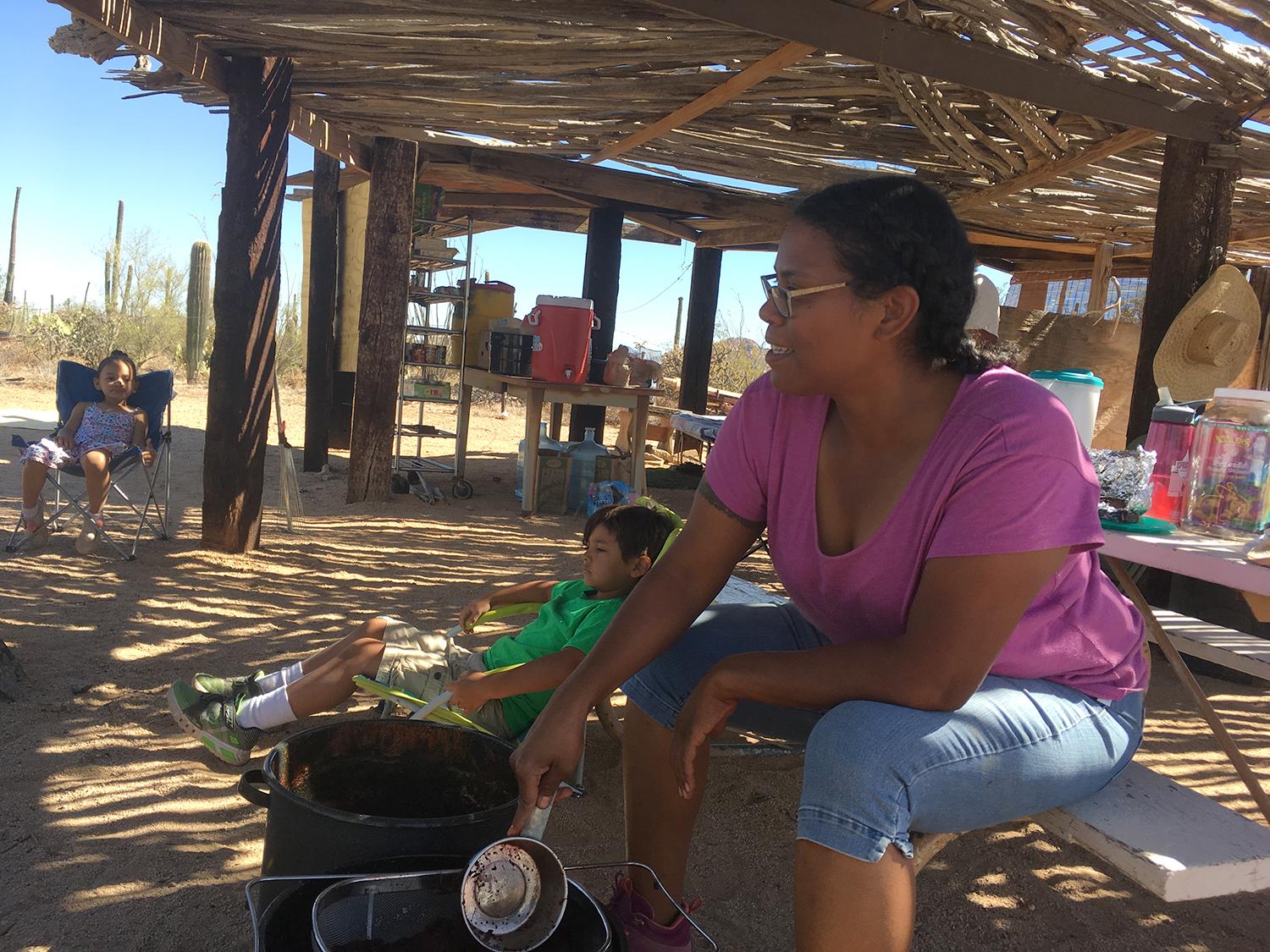 The monsoon is officially here, and while the first storms have barely rolled into the Valley, we’re still waiting for the big ones.

This year, for KJZZ's "Monsoon Stories" series, we’re zeroing in on the ways that the monsoon season awakens our senses.

First, a closer look at the scent of creosote that’s so tied to the season.

Now, we turn to taste. And, for that, we turn to Tanisha Tucker, who carries on the Tohono O’Odham tradition of harvesting saguaro fruit just before the monsoon season hits every year.

“When the saguaros are blooming and when it’s time to pick fruit, this is the time for our renewal of everything else that comes along, which is also the monsoons,” Tucker said.

She’s been venturing out into Saguaro National Park this time of year since she was a kid to harvest the bright fruit that blooms at the very top of the towering saguaro cactus there. 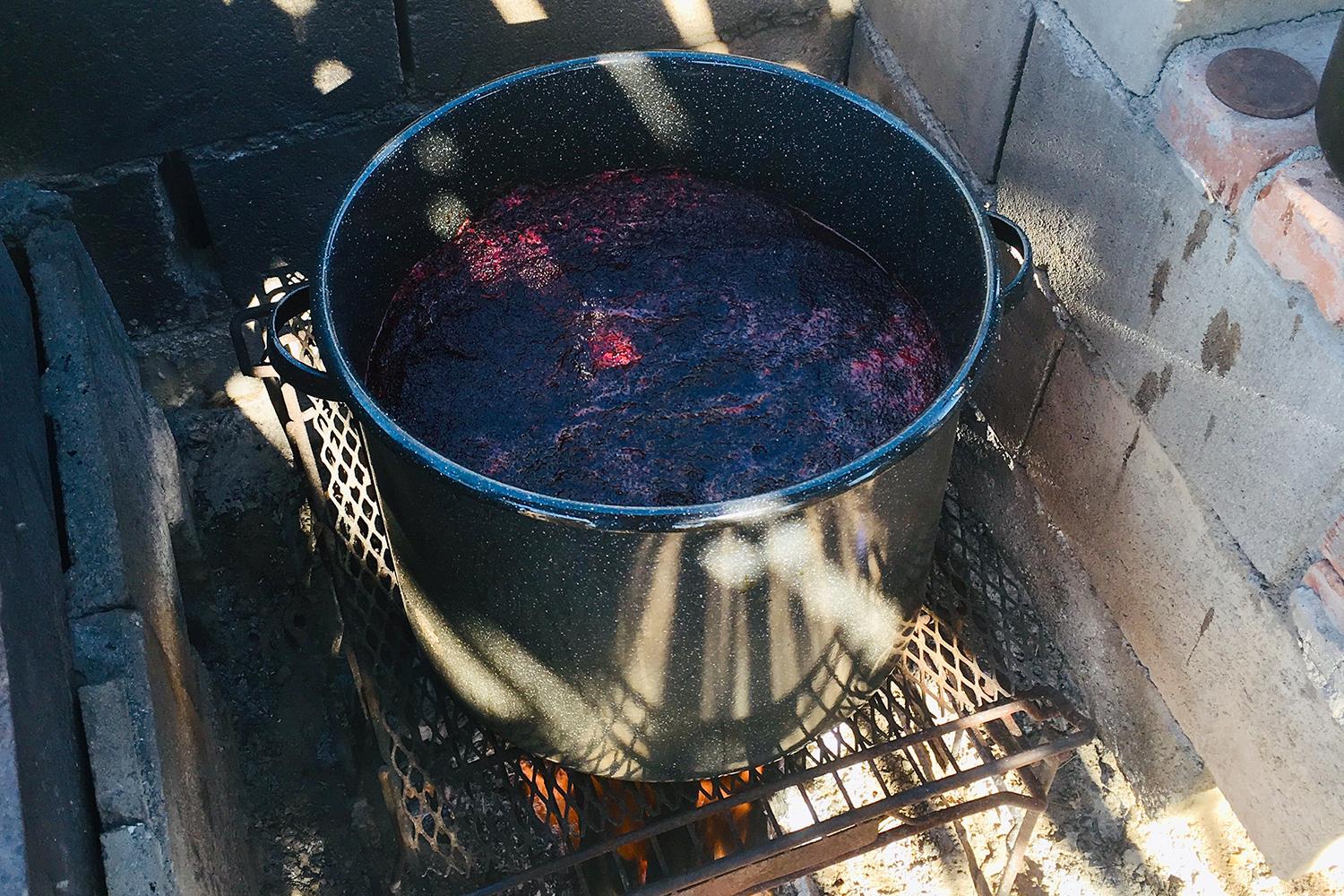 Tanisha Tucker
The harvested saguaro fruits in the process of being boiled.

Since her mother, Stella Tucker, passed away earlier this year, Tanisha now carries on the tradition that’s been passed down between the women of her tribe for hundreds of years.

And it’s not an easy process.

They start harvesting when the sun rises, venturing out into the desert equipped with poles made out of saguaro ribs and creosote branches that are tall enough to cut down fruit from the top of sometimes 50-foot saguaros.

Afterward the fruit is strained twice and then boiled to cook off all of the water, leaving behind a sugary syrup.

“There’s nothing I can really compare it to,” Tucker said. “It's got this really nice sort of smoky taste to it because of the mesquite that’s used for the fire to cook it.” 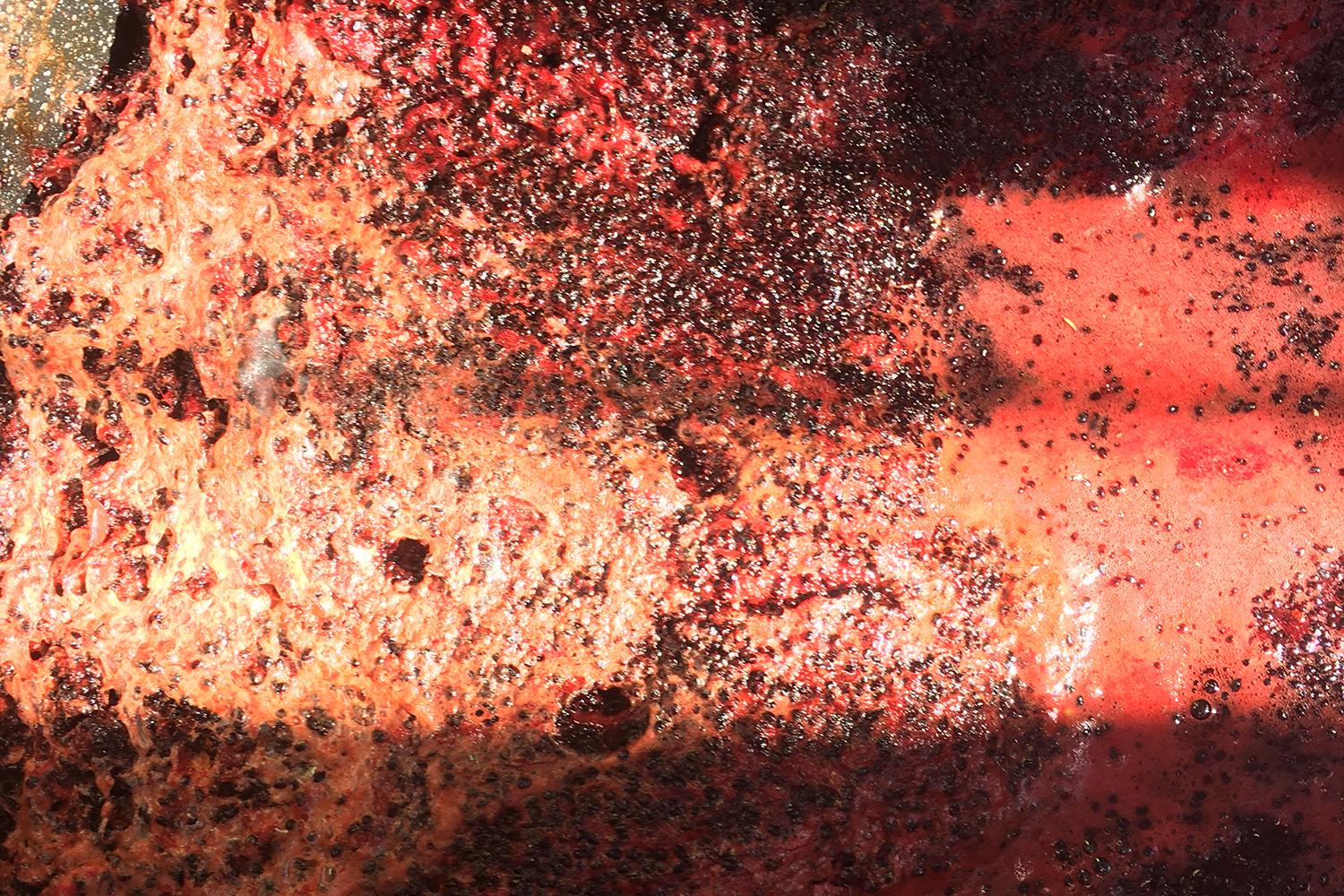 Tanisha Tucker
The saguaro fruit liquid in the process of being strained to make a sweet, smoky syrup.

The saguaro fruit harvest marks the beginning of the new year for the Tohono O’Odham and it brings on much-needed monsoon rains.

“When you start your first harvest, you always take a little bit of the fresh fruit and you place it on your heart,” Tucker said.

Then, she scrapes out the fruit and leaves the empty pods on the ground facing up. “That symbolizes us asking the creator for rain because of course in the desert we need lots of rain,” she said.

And, more importantly, she said, harvesting saguaro fruit is a way to reconnect with her people.

“In our stories and in our songs, we as O’Odham people always consider the saguaro humans — we consider them people — and with that, they’re our ancestors,” she said. “They were harvesting out in that same area and they walked by some of the same saguaros we walk by now today. So we’re walking the same path as they did.”

Special thanks to "Wonders of the West" for letting us use some audio from their "Saguaro Fruit Harvest" segment in this piece.