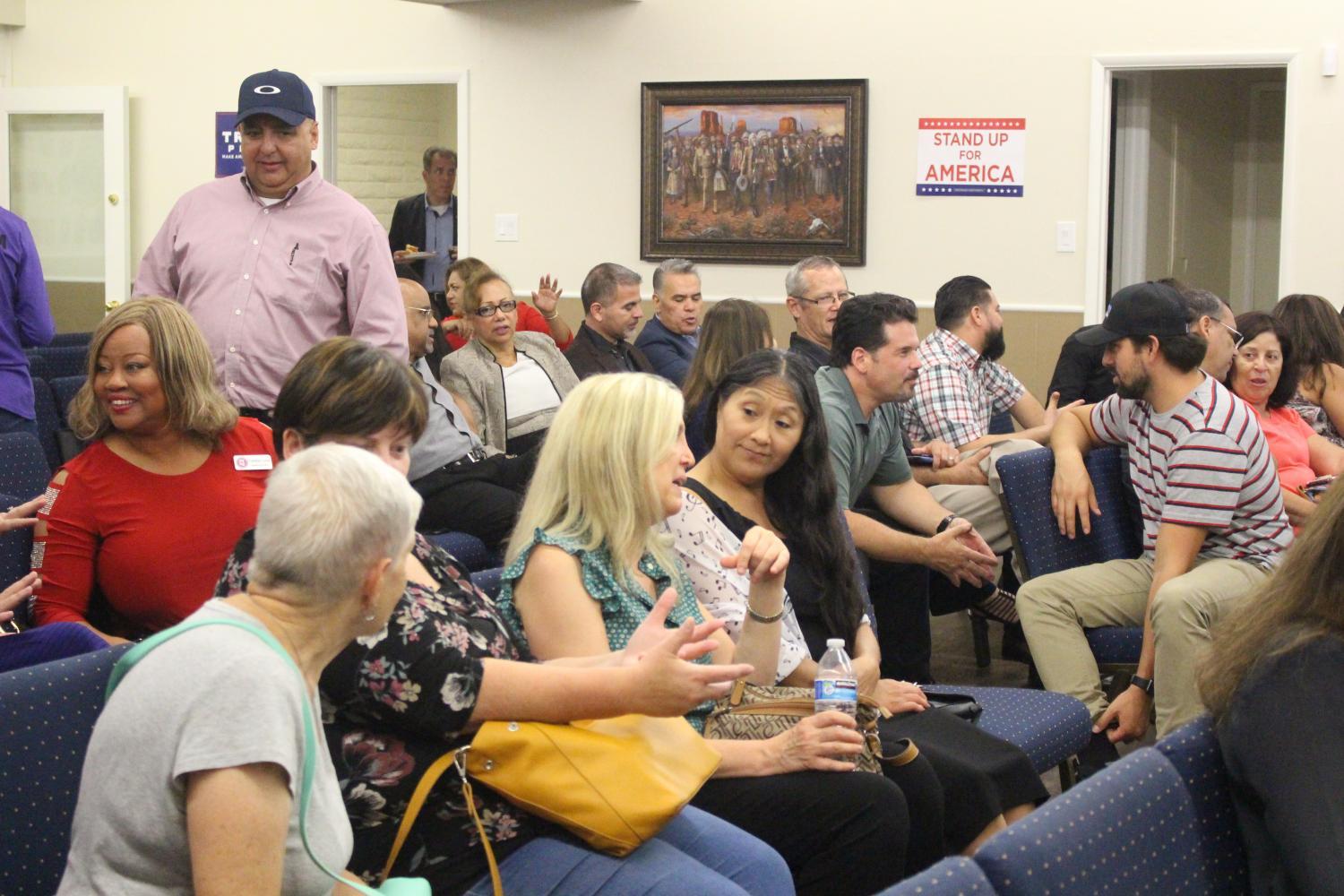 Pizza, soda, air-conditioning, politics. That was the scene at a "Latinos for Trump" event in Phoenix on Thursday night.

Dozens of volunteers — and not just Latinos — wanted to know how they could help re-elect the president.

“We can all pitch in there and help get President Trump re-elected,” said Louisa Gomez of Avondale. “I’ll be glad for that.”

Arizonan Monica Yelin, a member of the Latinos for Trump Advisory Board, said the key to getting Latinos to vote for Trump is to talk about conservative values. 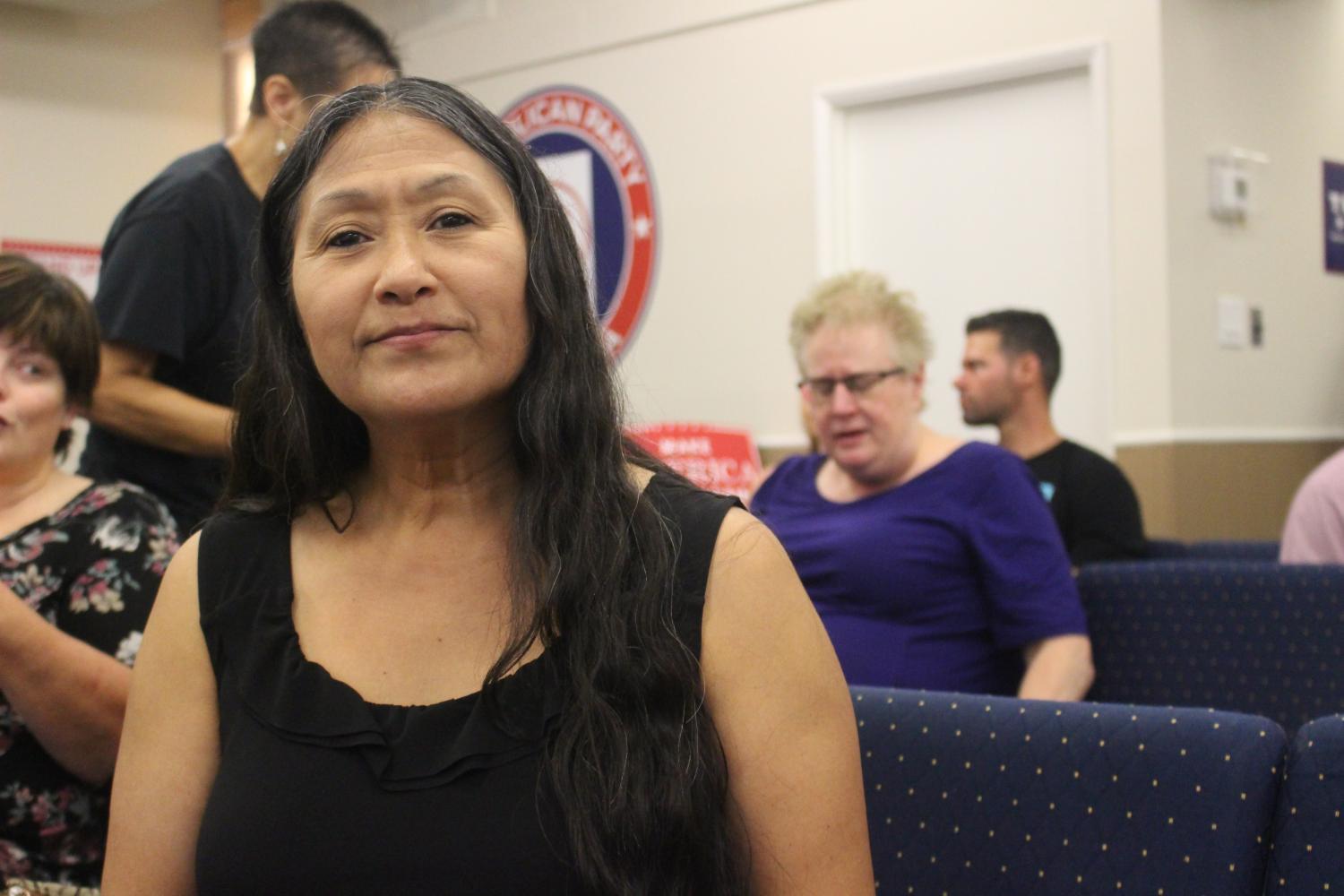 Bret Jaspers/KJZZ
Louisa Gomez of Avondale said "We can all pitch in there and help get President Trump re-elected. I’ll be glad for that.”

“We grew up in conservative homes. And our values align perfectly with the president’s values,” Yelin said. “We don’t agree with abortion. We have religious values, we have family values, we believe in hard work. We pay taxes.”

“I come from Columbia, and I know how difficult life could be somewhere else. But there are ways to do it the right way,” she said.

The president won Arizona by about 4 percentage points in 2016, and many Latinos in this border state are on board with his immigration policies.

The Trump campaign last month launched Latinos for Trump, and volunteers of all races are getting trained in campaign work. At Thursday’s session, held at the Arizona GOP building, Trump campaign officials said they want people to know how to advocate for the president on social media, organize neighborhood canvases, register voters and talk to neighbors, friends, and family.

“Even in my own family, I’m a pariah. Because I come from a family that’s Latino and black and several other mixtures. And they vote Democrat,” Griffith said. “And I don’t.”

He said that conflict has been “a needle in the wrong spot” for him.

Latinos are about 31% of Arizona’s population and researchers say so far, the group has made up 19% to 20% of the state’s electorate.

Targeting Latino voters specifically can be pretty hard, according to Ryan O’Daniel of Intrepid Public Affairs. 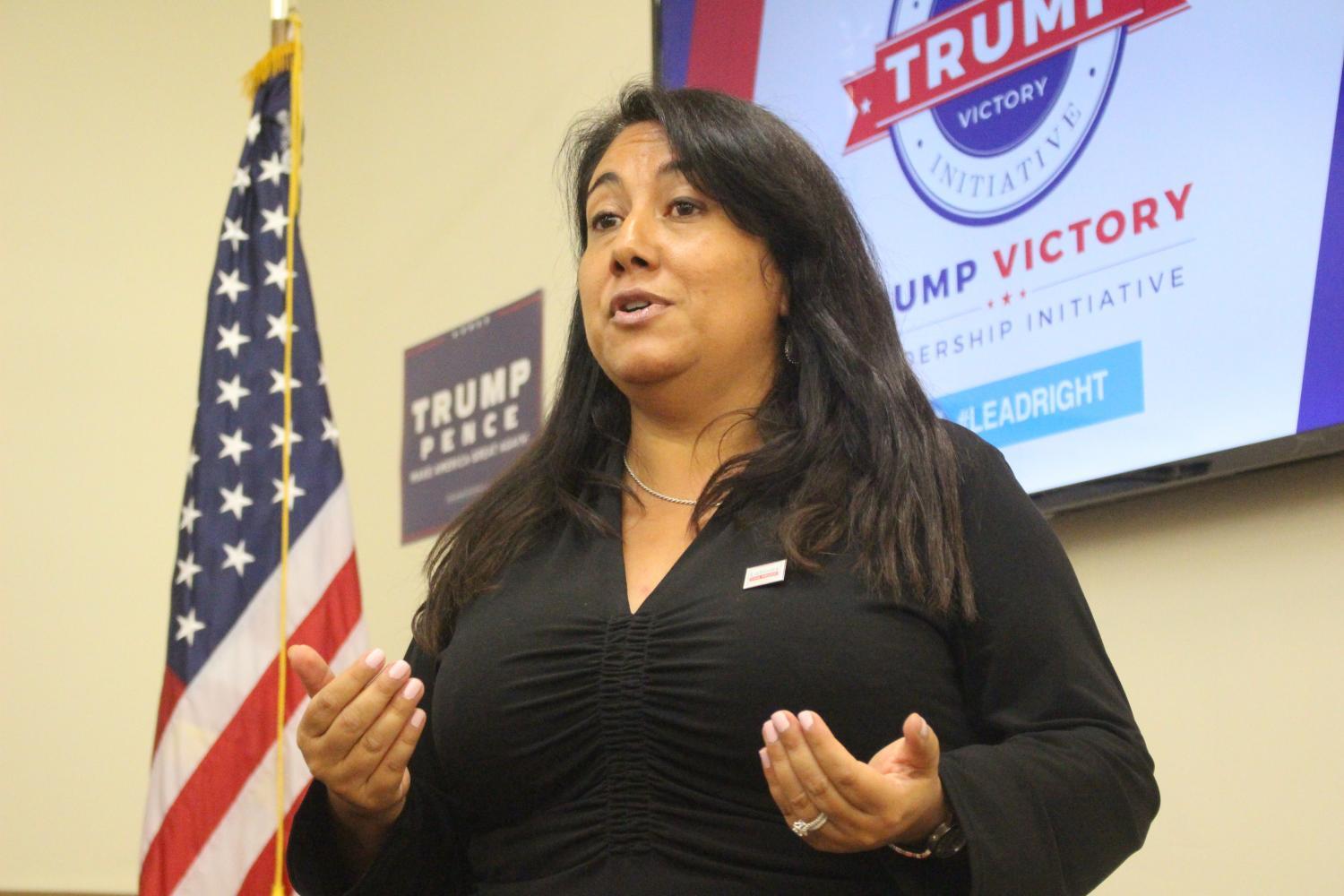 Bret Jaspers/KJZZ
Monica Yelin is on the advisory board for the Trump campaign's Latinos for Trump effort.

He said there’s a lot of diversity inside any demographic group — by age, nationality, socioeconomic status, and gender.

“You could have somebody who’s non-Hispanic marry a Latino and all the sudden you’ve got somebody that you’re considering as part of that population group that actually, fundamentally isn’t,” he said.

O’Daniel, who ran the late Arizona Sen. John McCain’s 2016 re-election campaign, thinks Trump has the wind at his back in Arizona because his campaign organization is much more robust this time and potential Democratic opponents are staring down a long primary.

Exit polls from 2016 said Trump won 31% of Latinos in the state. But Stephen Nuño at Northern Arizona University did his own analysis and thinks it was much lower, closer to 15%, because exit polls are “not designed to make predictions about subgroups,” and instead are trying to examine states as a whole. That may skew the survey to over-sample certain Latinos over others, he said.

O’Daniel believes the episode will likely blow over.

“There’s going to be something else nationally that’s happening in the next 30 minutes, three days, three months,” he said. “We have a long way to go before November 2020.”