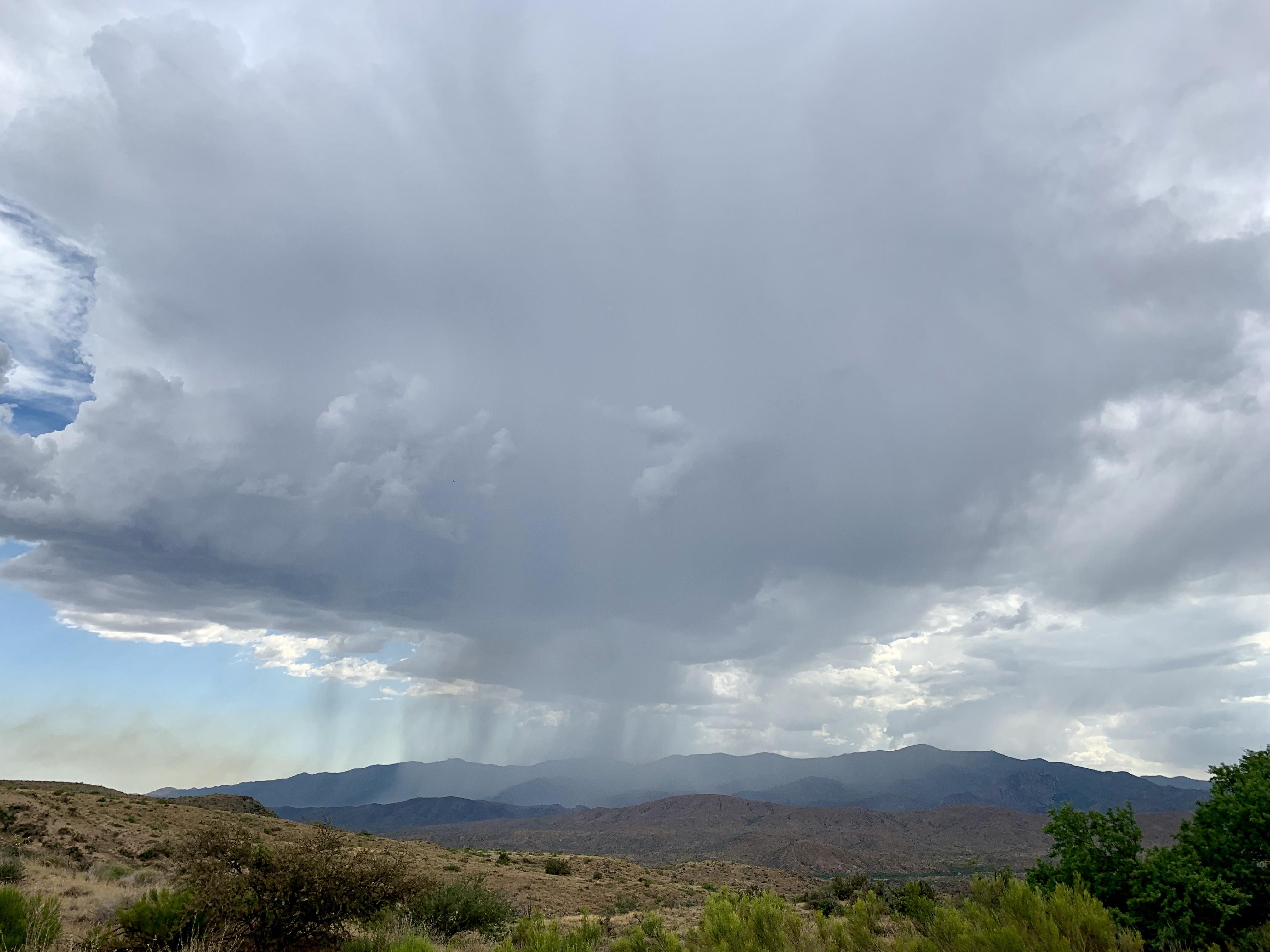 Mariana Dale/KJZZ
A rainstorm can be seen on Interstare 17 just south of Arcosanti.

This week marks the unofficial start of the monsoon in the Valley. New research from Tucson indicates monsoons are getting more intense.

The U.S. Department of Agriculture - Agricultural Research Service study found the Southwest monsoons are pouring the same amount of rain in less time.

The storms are getting stronger over time by 6% to 11%. According to the USDA, this is the most comprehensive measurements of localized monsoon rain storms ever done in the Southwest.

The same data, which scientists began collecting in 1961, shows the amount of rainstorms annually went up on average 15%.

“It’s hard to see or perceive unless you’ve got accurate measurements. You go out in a heavy monsoon, and you’re soaked, obviously," Goodrich said. "But the percentage of increase that we’re seeing isn’t large, but the trends are positives. So that’s the worrisome part," Goodrich said. 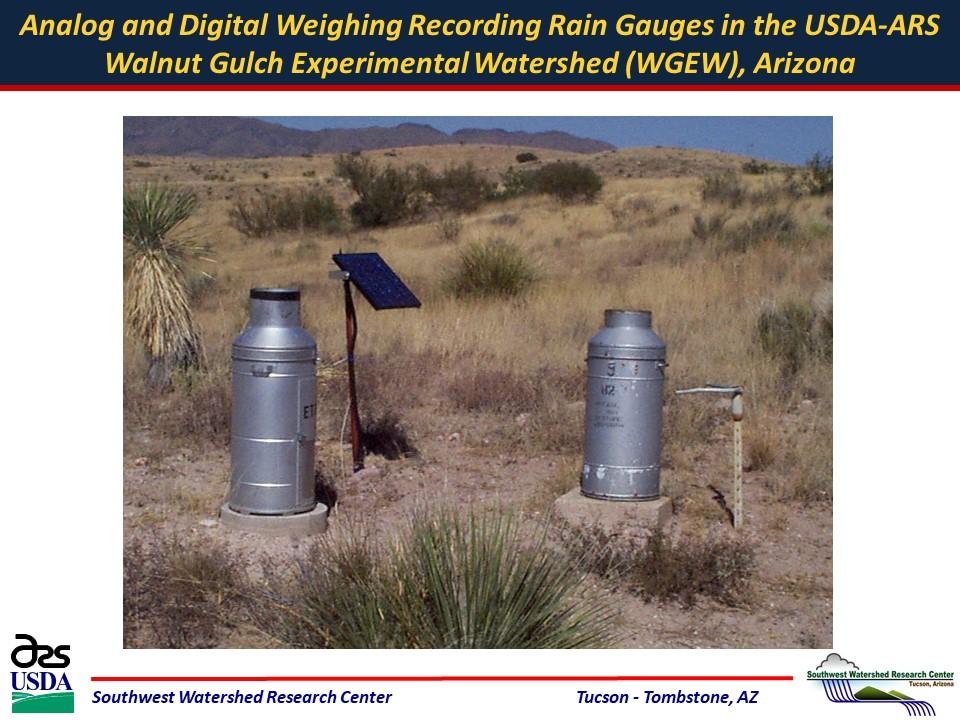 David C. Goodrich
Side by side of analog and digital weighing recording rain gauges in the WGEW.

He said this study gives a more accurate look at how monsoon has changed over time.

"Intensification has been proposed by a number of other findings, but not at the sub-daily timescale," he said. "Our experimental watershed network has almost 90 rain gauges in a 60 square mile region. So we can measure very localized events that can't be picked up by conventional means or computer models. These are very short, highly intense storms that don't cover that big a region."

He also said this is good to know for rangeland producers who need to protect soil erosion for agriculture. Goodrich said the warming temperature could be one reason the monsoon is intensifying here.

“As the temperature increases, a given amount of air can hold more moisture and so when the moisture is available, you can accumulate in the atmosphere much larger amounts of water,” he said.

Goodrich said the next step would be to conduct similar studies across America in different regions like the Midwest and Southeast.