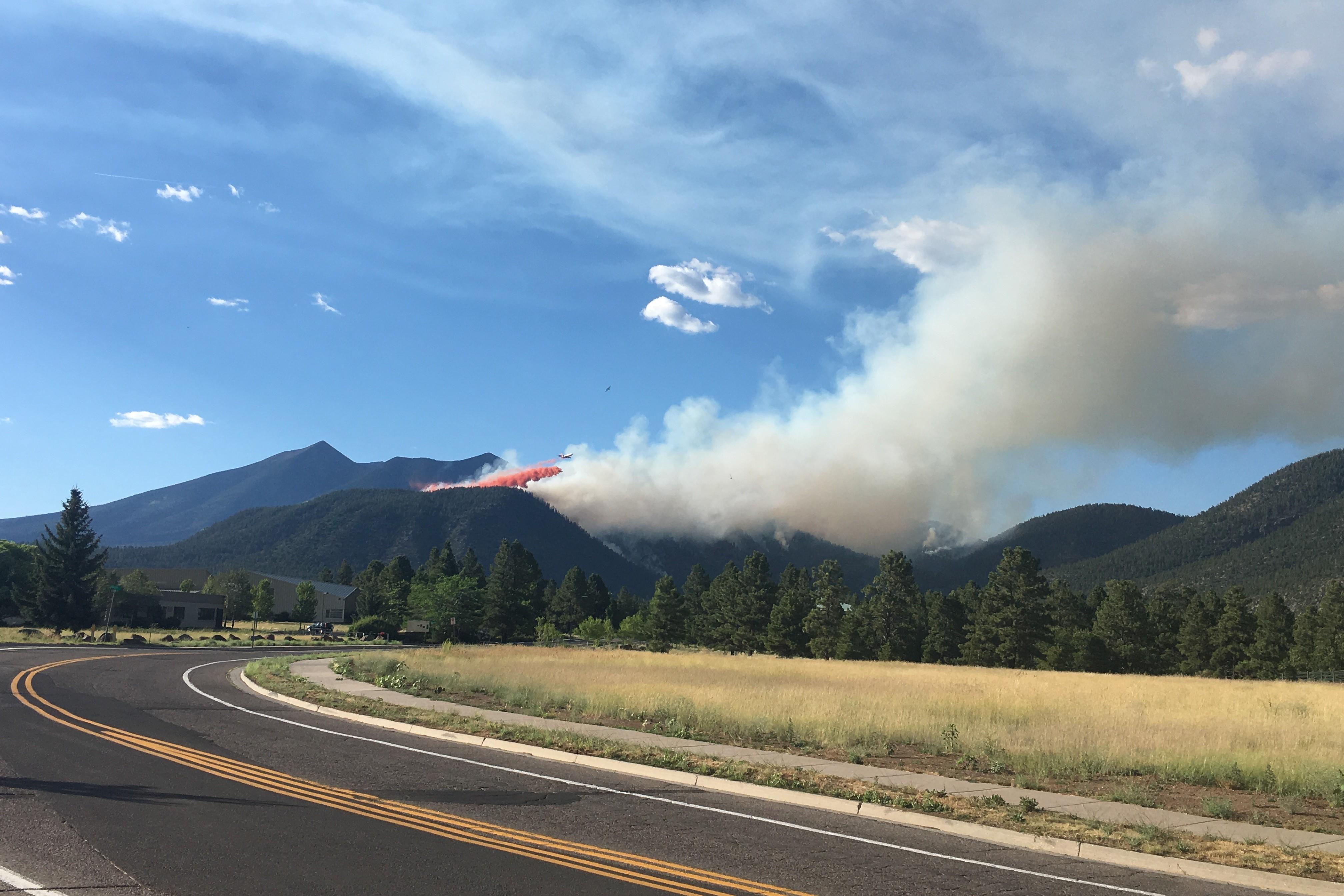 Coconino County has ordered communities along Schultz Pass and Elden Lookout Road to evacuate. They have until 6 p.m. tonight to leave. The Museum Fire has burned 1,000 acres one mile north of Flagstaff.

More than a dozen aircraft, including four air tankers, are dropping orange retardant and water on the fire that has grown to about one and a half square miles.

The American Red Cross has set up a shelter at Sinagua Middle School. Many people in Flagstaff took to social media offering a home to anyone in need.

About 200 firefighters including 10 hotshot crews are working to contain the fire, which is burning in the Dry Lake Hills area north of Flagstaff. Fire officials say the terrain has posed more of a problem than the weather.

Firefighters could not perform burnout operations Sunday night as planned because the fire was spotting ahead of itself.

"Anytime you have a fire there are a couple things that are key in how that fire is active or not," said Brady Smith, spokesman for the Coconino National Forest. "Topography and weather are two of the biggest things. The last week we've had a warming trend and it's been dry."

The fire is burning in the Dry Lake Hills area of the San Francisco Peaks.

Many of the neighborhoods are the same that evacuated nine years ago for the Schultz Fire.

The National Weather Service is calling for scattered storms throughout the week.

Judy Jordan and her family started packing Sunday when the sheriff cleared hikers and mountain bikers off the trails in the area just north of her neighborhood. At her home a dozen helicopters and air tankers flew overhead.

"It was just a constant flood of vehicles overhead," Jordan said. "The walls were rattling. The windows were rattling. My heart was pounding. It was intense. They were low flying because we’re near the tank but they were on it."

Then Monday afternoon the sheriff returned and told the Jordans it was time to leave. So they headed to a friend’s house.

The American Red Cross has set up a shelter at Sinagua Middle School.

Coconino County
A map of the pre-evacuation area for the Museum Fire.